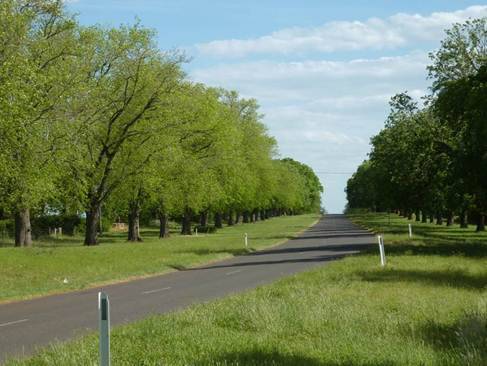 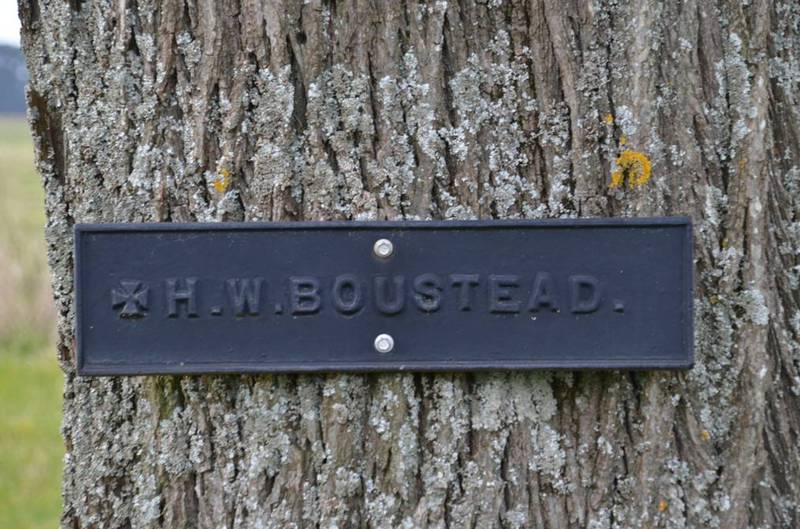 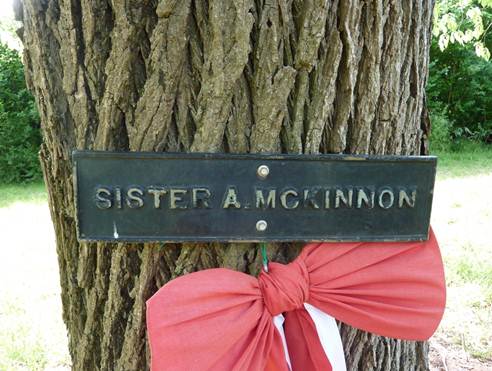 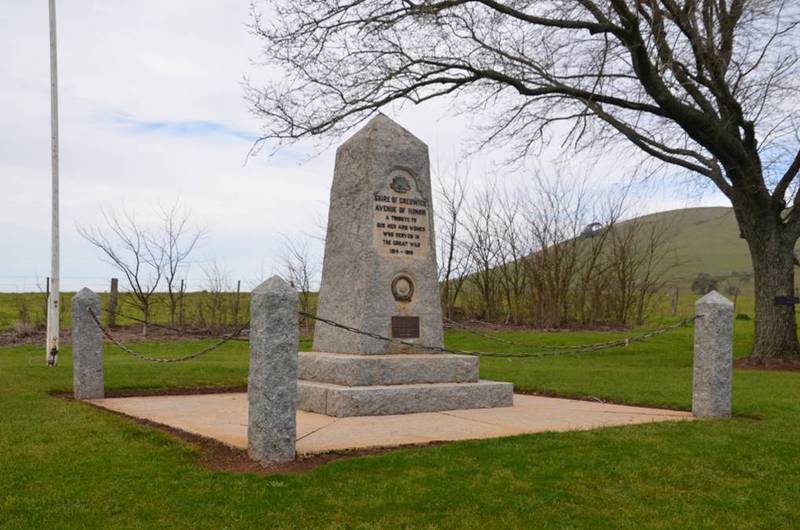 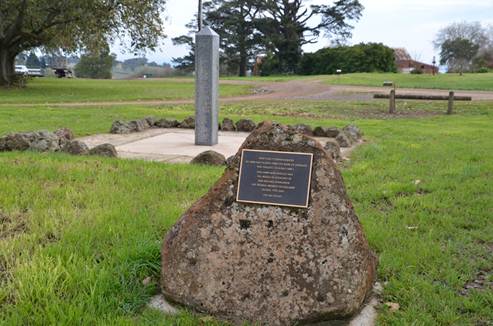 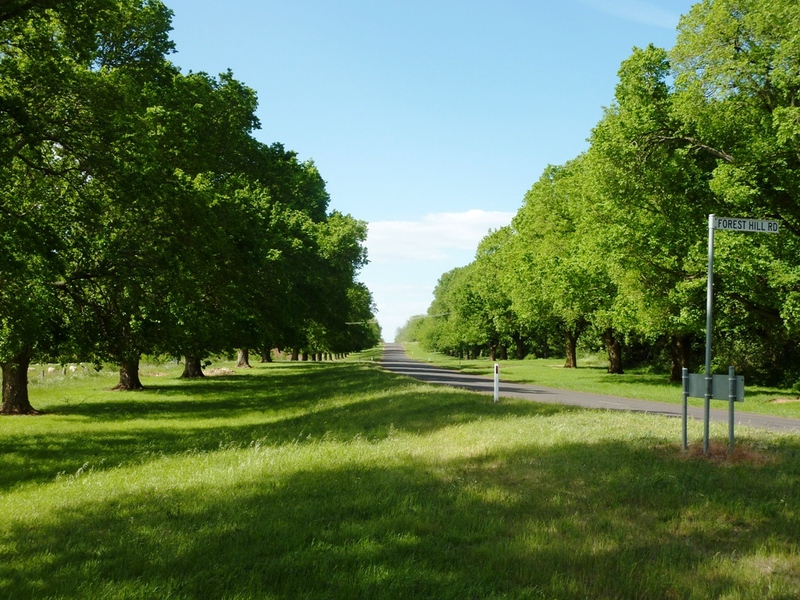 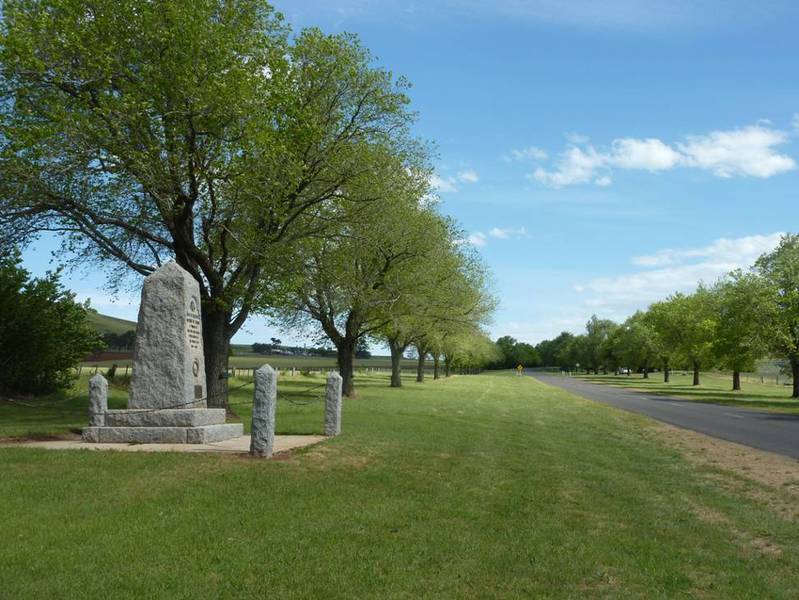 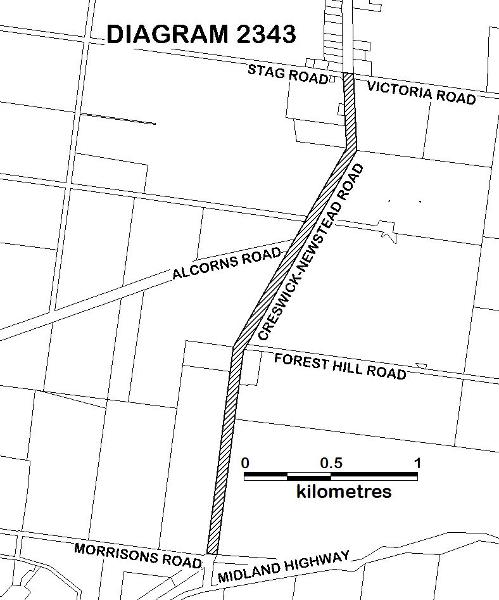 The Avenue of Honour, Kingston which comprises a section of the Creswick-Newstead Road (Kingston Road) and 285 trees, predominantly Dutch Elm (Ulmus x hollandica ), which line both sides, between Kingston and the former Midland Highway, Springmount, and associated war memorials and name plaques.

Since the early 1900s, commemorative avenues of trees have been planted in Australia and internationally to honour those who have served in wartime. During and after World War I avenues of honour were particularly popular in Victoria with some 218 memorial avenues planted throughout the state. Victoria has the largest number of avenues of honour of any state or territory in Australia. The Avenue of Honour, Kingston was planted for the Creswick Shire on 10 August 1918 and was declared open that day by the former Premier of Victoria, Sir Alexander Peacock, in front of some 1000 people. As the administrative centre of the Creswick Shire, the small town of Kingston was selected for the commencement of the memorial avenue, which lined the Kingston Road, south towards Springmount. Men and women from the shire who had enlisted were commemorated with an individual tree, and name plaques were allocated to each of these. The local community and the Red Cross Society were involved in numerous preparatory working bees as well as the planting of the avenue. A Harcourt granite monument, in the form of an obelisk, was unveiled by Brigadier-General H E Elliot on 18 December 1927 to mark the Kingston end of the avenue.

The Avenue of Honour, Kingston is an avenue of 285 trees (originally 286 trees) predominantly Dutch elm (Ulmus x hollandica), which are located either side of Kingston Road (Creswick-Newstead Road). The avenue also contains English and Scotch elms as well as two Lombardy poplar and one ash tree. Planted on the Kingston Road (Creswick-Newstead Road), the avenue begins at Victoria Road on the southern edge of Kingston and runs approximately 2.9 kilometres south towards the Midland Highway. There are 143 trees on east side and 142 trees on west side. Trees bear individual name plaques which were affixed to trunks in 2000. Many of these replaced damaged or lost plaques which were originally fixed to tree guards and later placed on stakes in the ground. These plaques contain the names of individual servicemen and women, with an additional Maltese cross signifying those who died at war. Two memorials are located within the Avenue of Honour. On the east side, at the northern end in Kingston, a granite obelisk stands on a pedestal with surrounding granite posts and chain metal fence. It contains a World War I commemorative stone plaque and an additional plaque commemorating those who fought in later wars. A second memorial plaque and granite obelisk lists the names and locations of all servicemen and women in the Avenue of Honour. Constructed in 2000, these are located on the west side of the road, within the avenue. A small number of English elm, Scotch elm, Lombardy poplar and ash species have replaced trees in the avenue. A number of damaged name plaques have been removed and are held in storage in Kingston.

The Avenue of Honour, Kingston is of historical and aesthetic significance to the State of Victoria. It satisfies the following criterion for inclusion in the Victorian Heritage Register:

The Avenue of Honour, Kingston is significant at the State level for the following reasons:

The Avenue of Honour, Kingston is historically significant for exemplifying rural Victoria's reaction to World War I. It is significant as a fine example of this important form of memorial planting in Victoria which commemorated individual sacrifice during World War I. It is representative of many plantings that appeared in Victoria, particularly during World War I, commemorating all those who enlisted for service in an egalitarian form where each individual, regardless of rank, was equally recognised for their service. The 1927 war memorial which marks the avenue, later memorials and name plaques, and any earlier name plaques retained in storage, are important for their associations with the Avenue of Honour. [Criterion A]

The Avenue of Honour, Kingston is aesthetically significant as an outstanding planting of predominantly Dutch elm (Ulmus x hollandica) which is an extensive, largely intact and highly distinctive commemorative planting. The planting of 285 trees (originally 286 trees) on both sides of the road produces a dramatic and continuous avenue, which contrasts markedly with the pastoral surroundings. The avenue is an impressive and imposing visual and cultural landmark and a key landscape feature of the district. [Criterion E]

The Avenue of Honour, Kingston is also significant for the following reasons, but not at the State level:

The Avenue of Honour, Kingston is socially significant at a local level for its relationship with the community as a memorial to those who served in World War I and for its continuing commemorative importance. It remains as an indication of the involvement of Victoria's small communities in commemorating the sacrifices of their volunteers, along with the loss and sorrow experienced in small rural areas such as the Shire of Creswick.

The Avenue of Honour, Kingston is of local significance for its relationship with the local street planting of elms along the main street of Kingston and with the Shire Hall building. This council planting, which appears to predate the Avenue of Honour, extends to the north from Victoria Road and provides a visual continuation of the memorial planting. The small town of Kingston was the administrative centre of the Shire in 1918 when the Shire of Creswick established a committee to provide an avenue of honour to district servicemen. This resulted in the location of the Avenue of Honour at Kingston rather than in the larger town of Creswick.