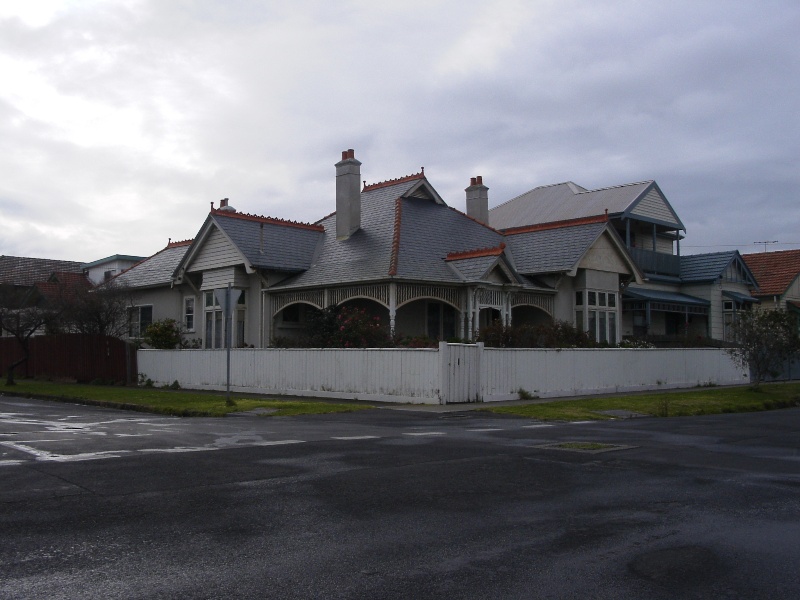 The house, constructed by CF Griffiths in 1915-16, at 1 Forster Street, Williamstown.

The house at 1 Forster Street, Williamstown is of local historic and aesthetic significance to the City of Hobsons Bay.

Historically, it is significant for its associations with CF Griffiths, who was an important contractor who constructed many buildings in Williamstown in the early twentieth century. It also had later associations with locally important citizen, JT Gray. (AHC criteria A4 and H1)

Aesthetically, it is significant as a locally rare and notable example of a Queen Anne villa on a prominent corner site that displays its asymmetrical form to its best advantage. Incorporating a range of decorative elements typical of its style, it is distinguished by the decorative detailing to the verandah and makes an important contribution to the early twentieth century streetscape character of Forster Street. (AHC criteria B2, E1 and F1)