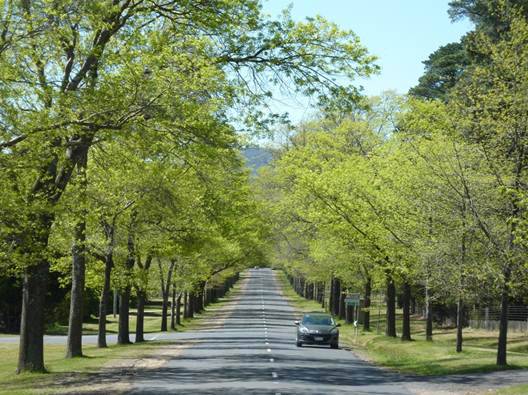 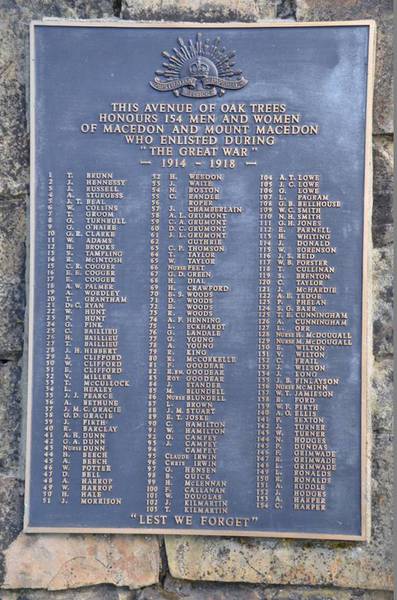 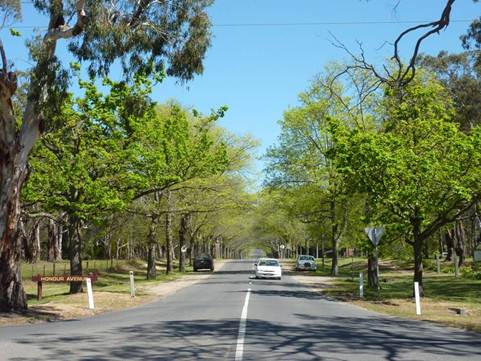 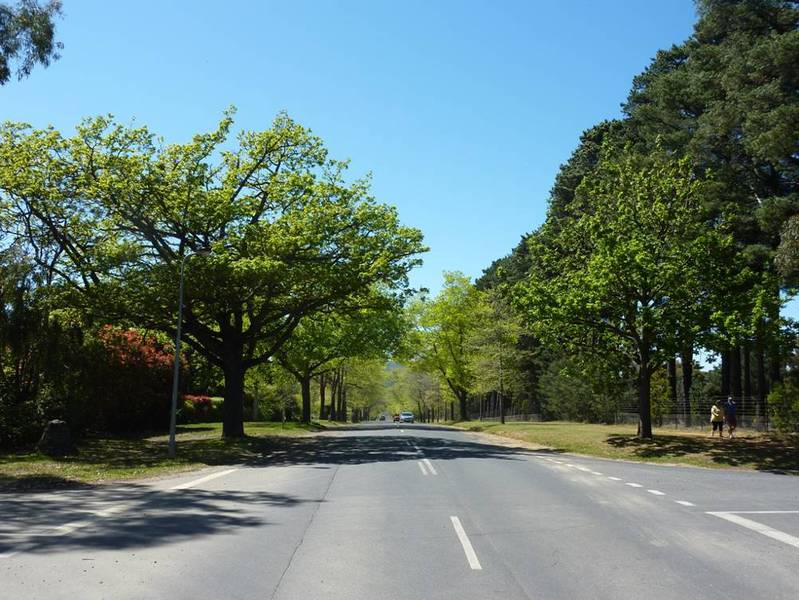 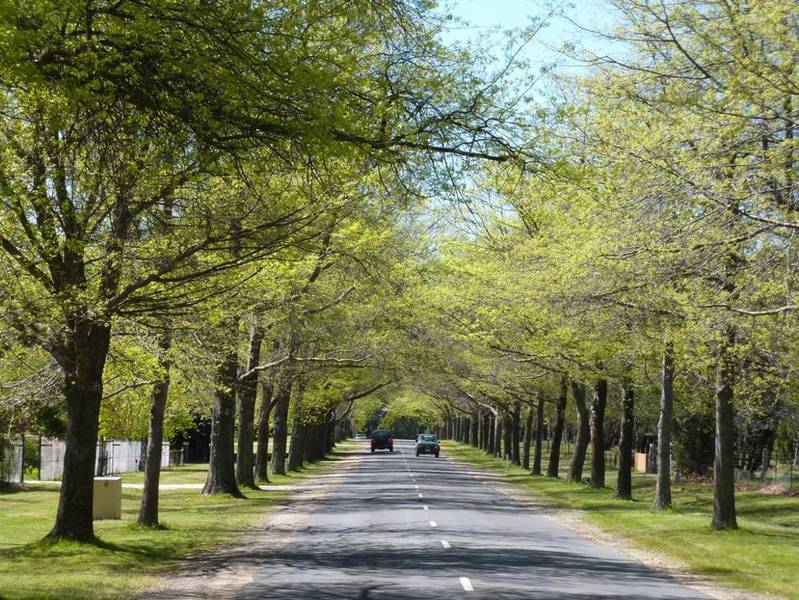 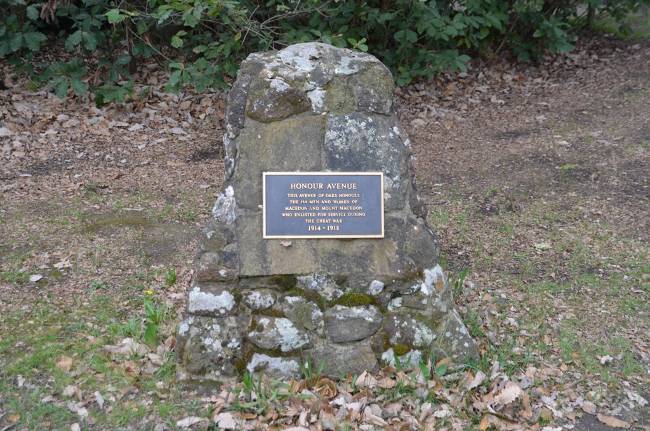 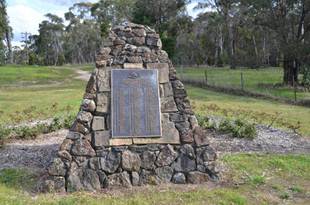 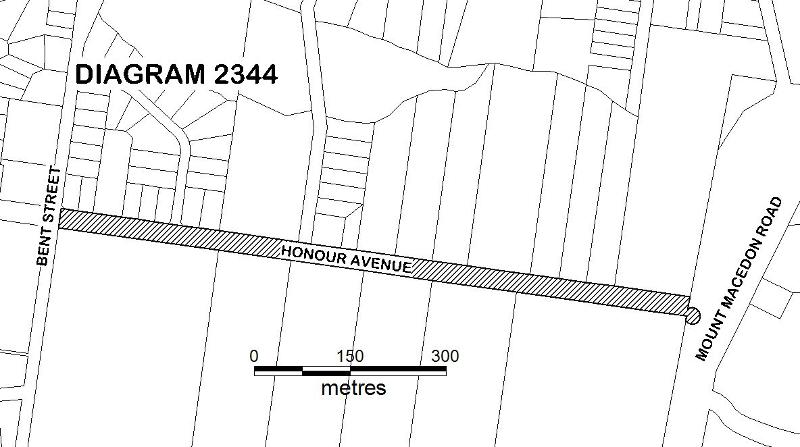 The Avenue of Honour, Macedon which comprises Honour Avenue and 154 oak trees, predominantly Pin Oak (Quercus palustris). The oaks line both sides of Honour Avenue between Bent Street and Mt Macedon Road, with one English oak (Quercus robur) at the ends of each row. There are two associated memorial cairns.

Since the early 1900s, commemorative avenues of trees have been planted in Australia and internationally to honour those who have served in wartime. During and after World War I avenues of honour were particularly popular in Victoria with some 218 memorial avenues planted throughout the state. Victoria has the largest number of avenues of honour of any state or territory in Australia. The Avenue of Honour, Macedon was officially opened on 10 August 1918 by the Premier of Victoria, Harry Lawson, at a ceremony attended by some 700 people. The site in Mile Road, Macedon, located between the railway station and Mt Macedon Road and travelled by many visitors, was selected to establish an avenue of honour to commemorate those from the Macedon and Upper Macedon district who had enlisted to serve in World War I. The decision to plant this memorial avenue was made at a public meeting in May 1918 and in the following month a list of those entitled to be represented was established. Voluntary workers spent three months preparing the selected site and all but four of 154 trees were planted prior to the official opening of the avenue. At this ceremony the Premier planted a tree commemorating Lieutenant Arthur Grumont, who was the first to enlist from the district on 21 August 1914, and trees were planted for three others by the President of the Gisborne Shire Council, Rev D G Baillie, and the Federal and State members for the district, Mr Lister MHR and the Hon A Robertson MLA. Certificates of service were presented to returned soldiers by the Premier. Trees have been replaced over time, particularly after fire damaged a number of trees in 1983 and after the establishment of a replanting programme by the Gisborne Shire from 1994. Memorial cairns with plaques were placed at both ends of the avenue in 1994.

The Avenue of Honour, Macedon is an avenue of 154 oak trees, predominantly Pin Oak (Quercus palustris), with one English oak (Quercus robur) at both ends of each row. Planted on Honour Avenue, the avenue is approximately one kilometre in length and runs between the cemetery at Bent Street and Mt Macedon Road. Rubble stone cairns are located at both ends, with the larger at the eastern end listing all those represented in the avenue and their associated tree numbers. It appears that individual name plaques were not placed on individual trees.

The Avenue of Honour, Macedon is of historical and aesthetic significance to the State of Victoria. It satisfies the following criterion for inclusion in the Victorian Heritage Register:

The Avenue of Honour, Macedon is significant at the State level for the following reasons:

The Avenue of Honour, Macedon is historically significant for exemplifying rural Victoria's reaction to World War I. It is significant as a fine example of this important form of memorial planting in Victoria which commemorated individual sacrifice during World War I. It is representative of many plantings that appeared in Victoria, particularly during World War I, commemorating all those who enlisted for service in an egalitarian form where each individual, regardless of rank, was equally recognised for their service. The two war memorials are important for their associations with the Avenue of Honour. [Criterion A]

The Avenue of Honour, Macedon is aesthetically significant as an extensive and highly distinctive planting of 154 Pin Oak (Quercus palustris) trees. The uniform planting of trees on both sides of the road for a distance of one kilometre produces a continuous avenue of trees, which is particularly dramatic in autumn. Despite the destruction of a number of original trees, replanting has resulted in the maintenance of the impressive and imposing visual and cultural landmark and key landscape feature of the district. [Criterion E]

The Avenue of Honour, Macedon is also significant for the following reasons, but not at the State level:

The Avenue of Honour, Macedon is socially significant at a local level for its relationship with the community as a memorial to those who served in World War I and for its continuing commemorative importance. It remains as an indication of the involvement of Victoria's small communities in commemorating the sacrifices of their volunteers, along with the loss and sorrow experienced in small rural areas such as the Macedon district.