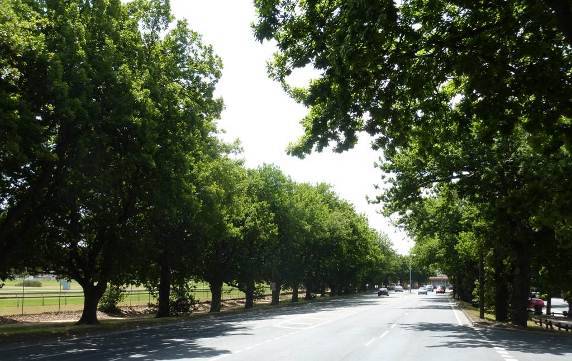 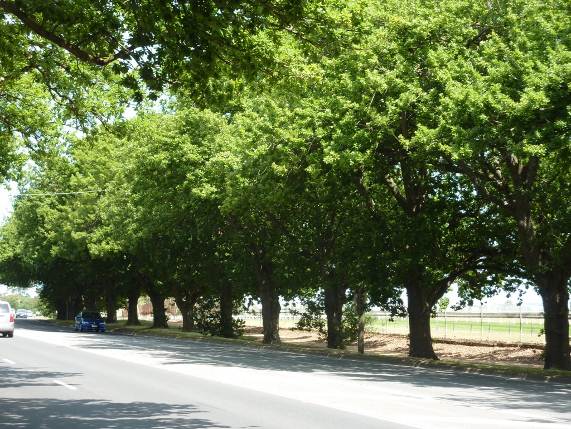 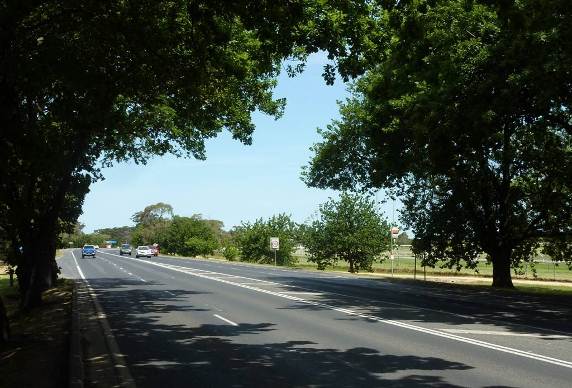 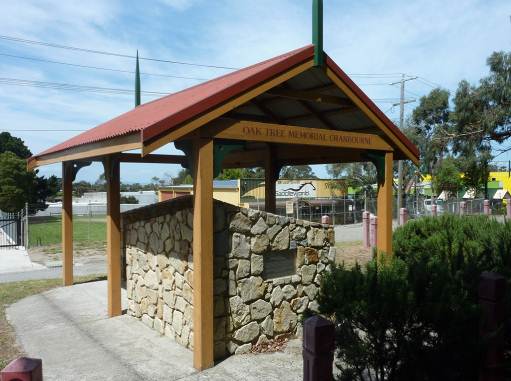 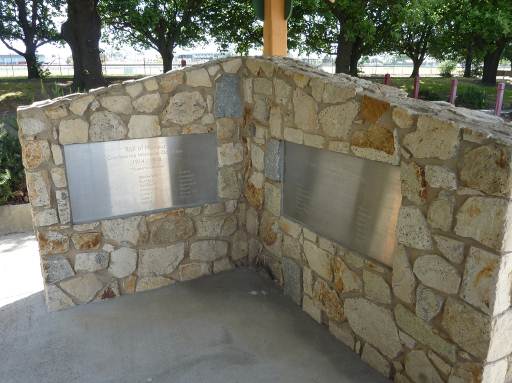 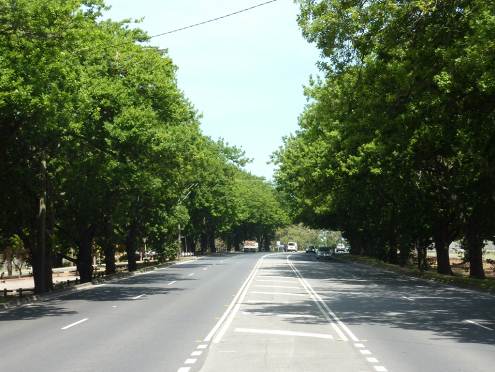 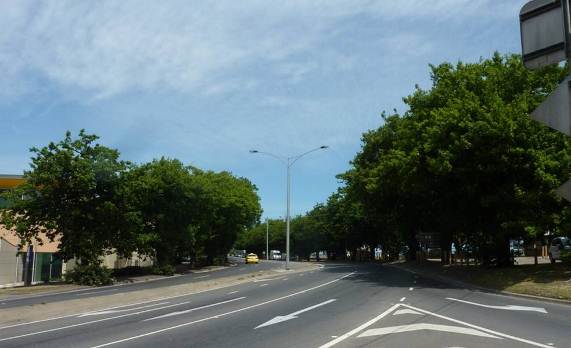 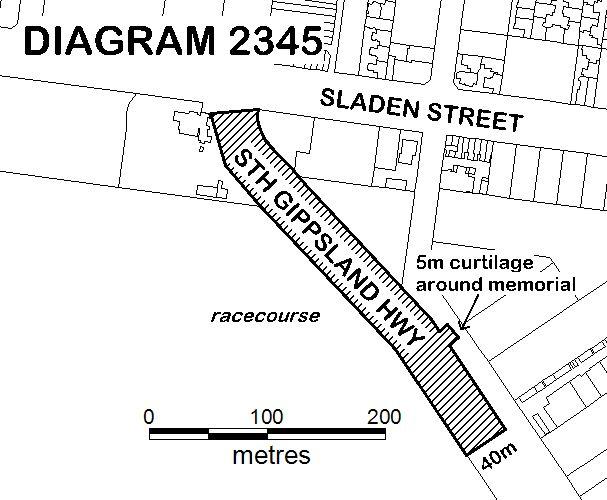 The original 1918-19 section of the Avenue of Honour, Cranbourne which comprises a section of the South Gippsland Highway and 65 oak trees (originally 67) which line both sides, from Sladen Street to approximately 100 metres beyond the intersection of Codrington Street, and an associated war memorial, shelter and plaques.

Since the early 1900s, commemorative avenues of trees have been planted in Australia and internationally to honour those who have served in wartime. During and after World War I avenues of honour were particularly popular in Victoria with some 218 memorial avenues planted throughout the state. Victoria has the largest number of avenues of honour of any state or territory in Australia. An avenue of honour at Cranbourne was first proposed by the Cranbourne Patriotic Association in June 1918 as both a memorial and landscape improvement for the town. After initial deferment by the Cranbourne Shire Council, an avenue of honour was planned the following year and unveiled on 9 August 1919 by the Shire of Cranbourne President Councillor D McGregor. The selected route was along the South Gippsland Highway, commencing at the Shire Hall and lining the road past the primary school (since relocated) which had been attended by many of the servicemen and women. Sixty seven commemorative trees, of various oak species, were planted to represent the men and two nursing sisters from the Cranbourne district who served in World War I. Trees in the avenue have no individual identification. It appears that name plaques were not produced and a list associating servicemen and women with particular trees has not been located. An associated war memorial was erected c.2000.

The original portion of the Avenue of Honour, Cranbourne is an avenue of 65 oak trees (originally 67) which are a collection of English oak (Quercus robur), Algerian oak (Quercus canariensis) and hybrid oak (Quercus canariensis x Quercus robur). Planted on the South Gippsland Highway, the avenue begins at Sladen Street and runs approximately 350 metres to the south-east. An associated war memorial was originally placed at the commencement of the avenue however this has since been relocated. A recent stone memorial with timber shelter is located within the Avenue of Honour, on the eastern side of the South Gippsland Highway. It contains plaques which list the names of 87 men and women from the district who served in World War I. These names have been taken from the District Roll of Honour and do not relate to specific trees.

The Avenue of Honour, Cranbourne is of historical and aesthetic significance to the State of Victoria. It satisfies the following criterion for inclusion in the Victorian Heritage Register:

The Avenue of Honour, Cranbourne is significant at the State level for the following reasons:

The Avenue of Honour, Cranbourne is historically significant for exemplifying rural Victoria's reaction to World War I. It is significant as a fine example of this important form of memorial planting in Victoria which commemorated individual sacrifice during World War I. It is representative of many plantings that appeared in Victoria, particularly during World War I, commemorating all those who enlisted for service in an egalitarian form where each individual, regardless of rank, was equally recognised for their service. The recent memorials and plaques are important for their associations with the Avenue of Honour. [Criterion A]

The Avenue of Honour, Cranbourne is aesthetically significant as an avenue of 65 oak trees which is a highly intact and distinctive commemorative planting. The uniform planting of trees on both sides of the road produces a short, dramatic and continuous avenue which is an impressive visual and cultural landmark and a key landscape feature of the district. [Criterion E]

The Avenue of Honour, Cranbourne is also significant for the following reasons, but not at the State level:

The Avenue of Honour, Cranbourne is socially significant at a local level for its relationship with the community as a memorial to those who served in World War I and for its continuing commemorative importance. It remains as an indication of the involvement of Victoria's communities in commemorating the sacrifices of their volunteers, along with the loss and sorrow experienced in rural areas such as the former Shire of Cranbourne.