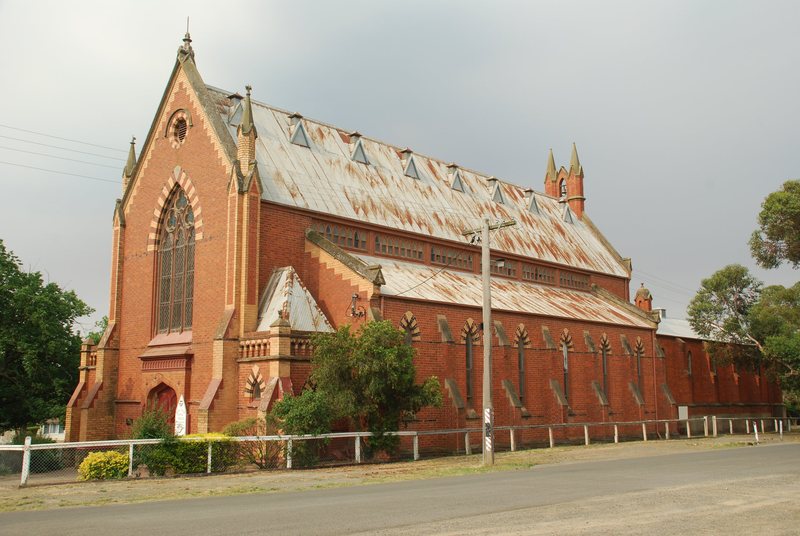 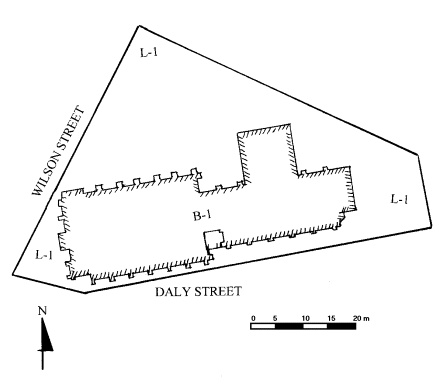 The Uniting Church and Sunday School were built in two stages for the Wesleyan Methodists. The Sunday school was built as a church in 1865 by Mr Patterson and the church in 1877 by Manley and Harris and Mr Marks. The architects for both stages were Vahland and Getzschmann. A pipe organ by Alfred Fuller was installed in 1882. Tenders for a new gallery were called in 1893 and a kindergarten room was added about 1910. The complex is dominated by the 1877 polychrome brick, Gothic style church with the simple, brick buttressed Sunday School at the rear. The two are joined by a small arcade.

The Uniting Church and Sunday School are of architectural and historical significance to the state of Victoria.

The 1877 former Wesleyan church is architecturally significant as an important example of the Gothic Revival style in Victoria. The highly distinctive church includes a number of significant features such as the polychrome detailing, the fine pinnacles and bellcote, the rows of tiny clerestory windows and unusual small porches on the west facade. The interior reflects a German hall church influence with its lofty aisles, slender cast iron columns and a shallow clerestory. The focus of the church is on the pulpit, the pipe organ by Alfred Fuller and the choir gallery, reflecting its Wesleyan Methodist tradition.

The Church and Sunday School are historically significant for their associations with the Wesleyan Methodist church in the goldfields, particularly with the Cornish community. Cornish miners, bringing with them their strong Methodist tradition, were concentrated in the gullies to the west of Bendigo and Long Gully became the centre of "Little Cornwall". The scale and quality of the church illustrates the important role played by the Methodists in the goldfields where they became the most active denomination.