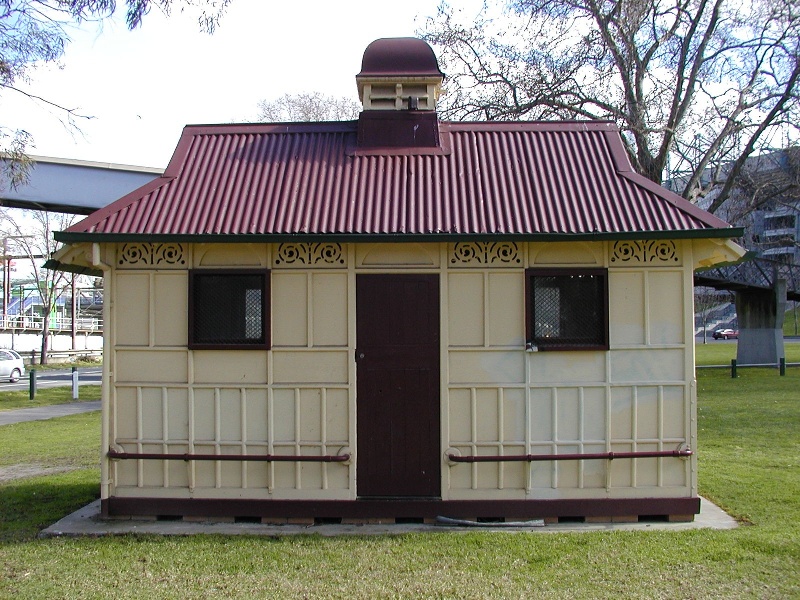 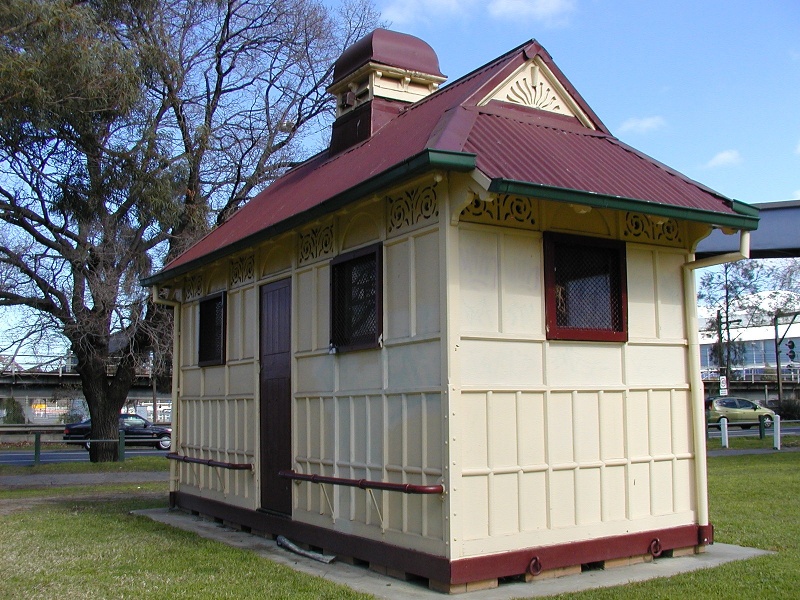 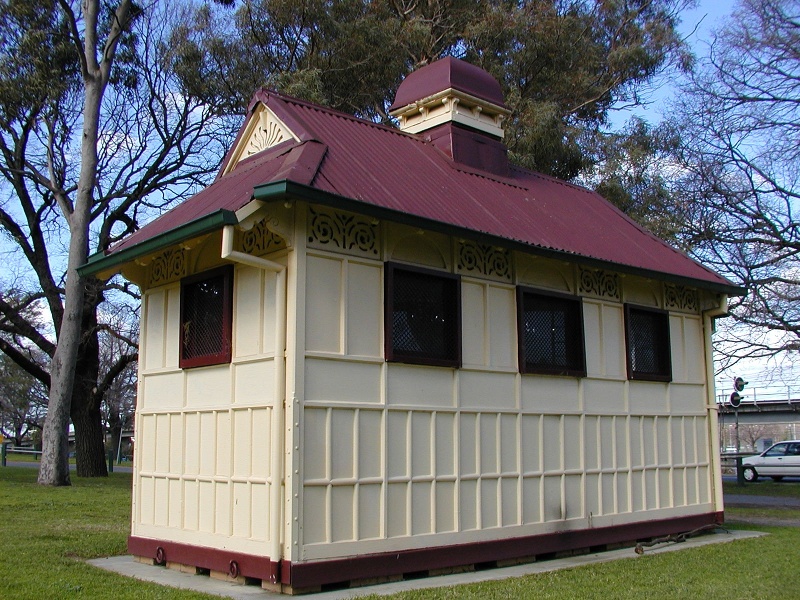 What is significant?
The shelter is known as the former Grand Rank Cabman's Shelter because of its original location outside the Grand Hotel, now called the Windsor Hotel. It was constructed in 1898 by the Melbourne Cabman's Shelter Committee using plans gratuitously provided by prominent Melbourne architect Nahum Barnet. It was modelled on a contemporary structure built circa 1896 in St James Square, London. The shelter is a portable rectangular structure measuring approximately 17'6" by 7'6". Walls are of modular construction comprising small timber panels with moulded timber strapping covering the panel joints. The front elevation has a central door with a window either side. Three windows are placed symmetrically along the back wall and each end wall has a window located centrally. The square window sashes can be raised for ventilation. Each opening has a semi-circular panel above and these panels have ornamental fretwork ventilation panels on either side. The half gabled roof was originally sheeted with slate and did not have gutters. The roof at either end of the building extends further down than the roof at the front and rear in order to provide a wider eave cover to the end walls. The main gable roof ends have ornamental fretwork infill panels with a rising sun motif. A small transverse gable roof with matching fretwork motif intersecting the centre of the main roof is surmounted by a louvre ventilator and a metal sheeted domical vault and lantern. The king post roof structure is expressed internally. The shelter, donated by an anonymous Parliamentarian, was relocated to the Brunton Avenue entrance of the Melbourne Cricket Ground car park in Yarra Park, Jolimont.

How is it significant?
The former Grand Rank Cabman's Shelter is of historic significance to the State of Victoria.