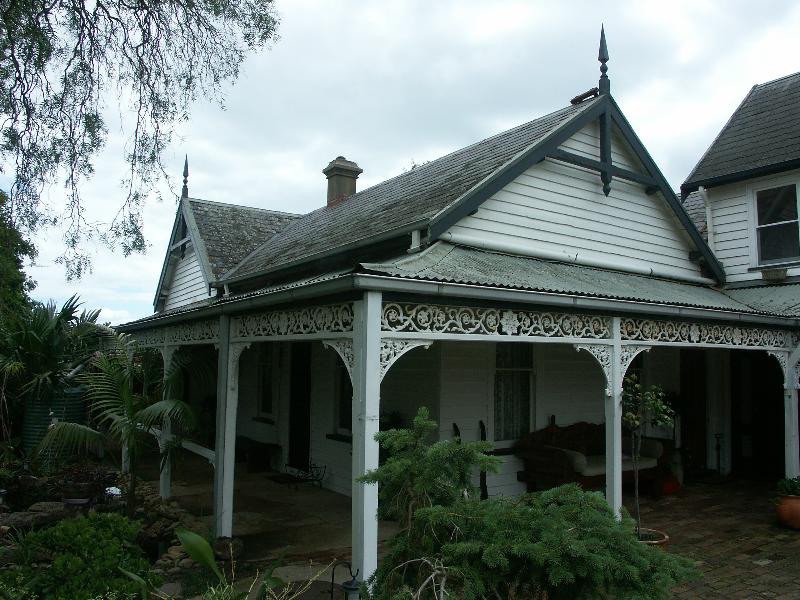 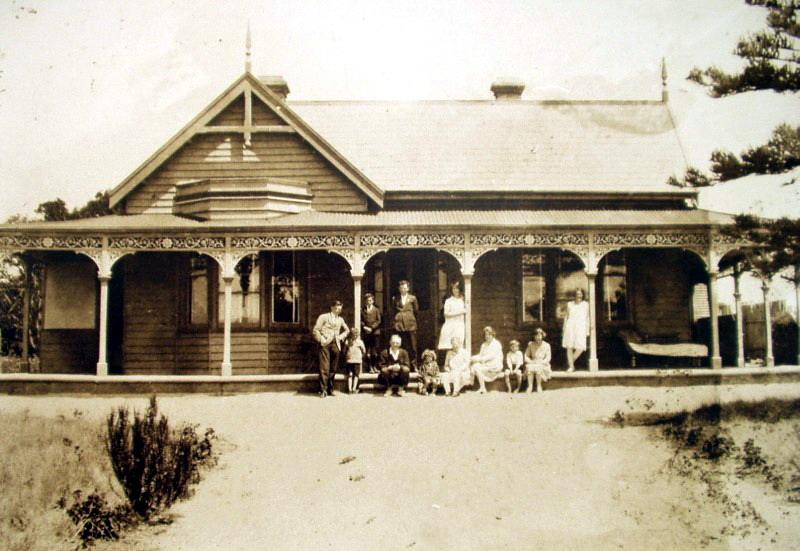 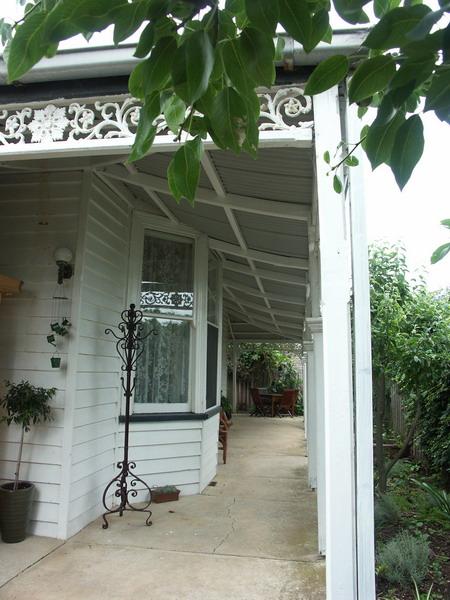 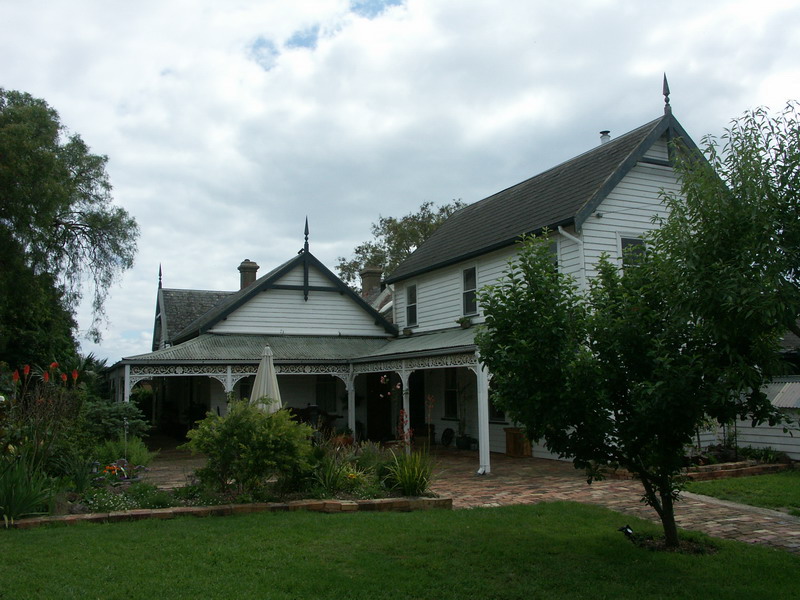 [The following is provided informally only, from additional brief historical research:

The property known today as 'Claremont', 17 Drysdale Street, Portarlington, first comprised part of allotment 9, Section 4a in the Township of Portarlington [Town Plan of Portarlington, VPRS 16171, PROV]. The first Crown purchaser was William Higgins on 28 October 1873 [Town Plan of Portarlington]. The site was sold to Frederick Willey on 1 September 1874 [Certificate of Title, vol. 640, fol. 895]. He acquired adjoining lots 7, 8 and 10, bringing his landholdings to 1 acre, 2 roods and 33 perches. [Willey, F, Inventory in Probate Administration files, 1900, VPRS 28/P2, Unit 542, PROV] It appears that Willey had the existing dwelling built in 1875-76, after it was reported that he was retiring from business and that his farm equipment was for auction. The increase in net annual value of all of Willey's landholdings from 3 pounds and 10 shillings in 1875 to 25 pounds in 1876 suggests that this was the case [Bellarine Shire Rate Books, 1875, 1876, Bellarine Historical Society].

Frederick's first wife, Eliza, died in June 1876 (at her residence, Portarlington) [Geelong Advertiser, 9 June 1876] , suggesting that the house had not been named at this stage. Newspaper articles of the late 1880s and the1890s reveal that the property had been named "Laura Villa" [Geelong Advertiser, 7 September 1889, 7 June 1894]. At the time of Frederick Willey's death in 1900, the property was described as being "fenced with Box thorn hedge and posts and wires: on which are erected a 5 roomed weatherboard house and hitchen, with roof of slate, and outbuildings occupied by Mrs Dalley a daugher of deceased ..." [Willey, F, Inventory in Probate Administration files, 1900, VPRS 28/P2, Unit 542, PROV] Auctioned in 1900, the property was further described as follows:

The property is well known as Laura Villa, the residence of the late Frederick Willey, and situated at Portarlington within five minutes of the jetty, and a stone's throw from the baths. The property overlooks Port Phillip Bay, and is without exception the most comfortable and conenient residence in Portarlington."[The Australasian, 31 March 1900, p.53]

The following obituary for Frederick Willey was published in the Geelong Advertiser on 27 January 1900:

"The flags in the township are flying at half-mast to-day out of respect for an old and respected townsman, Mr Frederick Willey, who died after a brief illness of bronchitis. The deceased, who had gained the ripe age of 82 years, came to this district from Somerset, England, about 50 years ago, and followed the farming industry successfully in the East Bellarine district, and for a number of years has lived a retired life at Portarlington. He has, however, sat at the police court, Drysdale, as a justice of the peace. He was a staunch supporter of St. John's Church of England, Portarlington, and until lately tookm an active part inf the church Sunday school work."]

Claremont is believed to have been built c1890 by the Pywell family and consists of the main dwelling and several outbuildings. The large weatherboard house has been a private dwelling and a guest house and retains many original features.

Claremont has historic and social value to the Portarlington community.

Claremont has been a key building in Portarlington for over 100 years as one of the earliest substantial homes in the town. It is associated with a district pioneer family and with the provisions of accommodation in the holiday season

It is of LOCAL significance.

Sands & McDougall 1938 and A Brief History of Portarlington, compiled by the Shire of Bellarine Historic Research Team 1987.