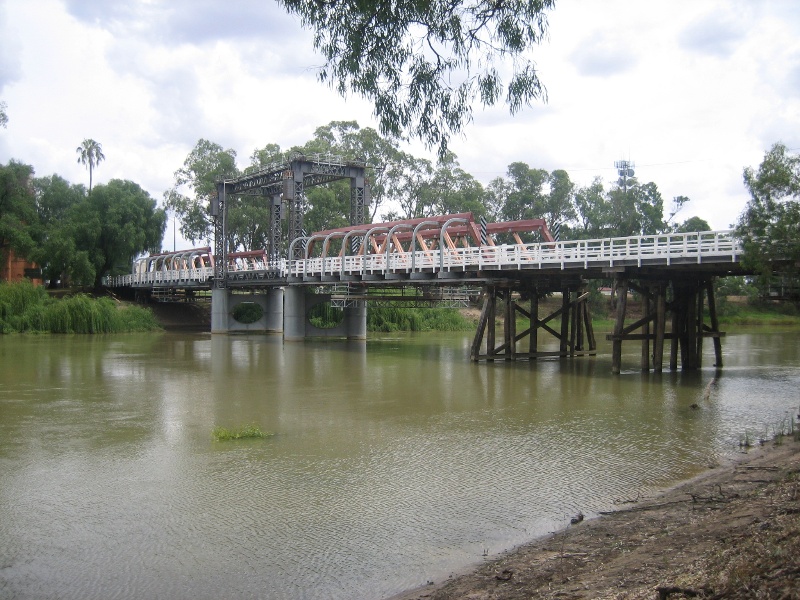 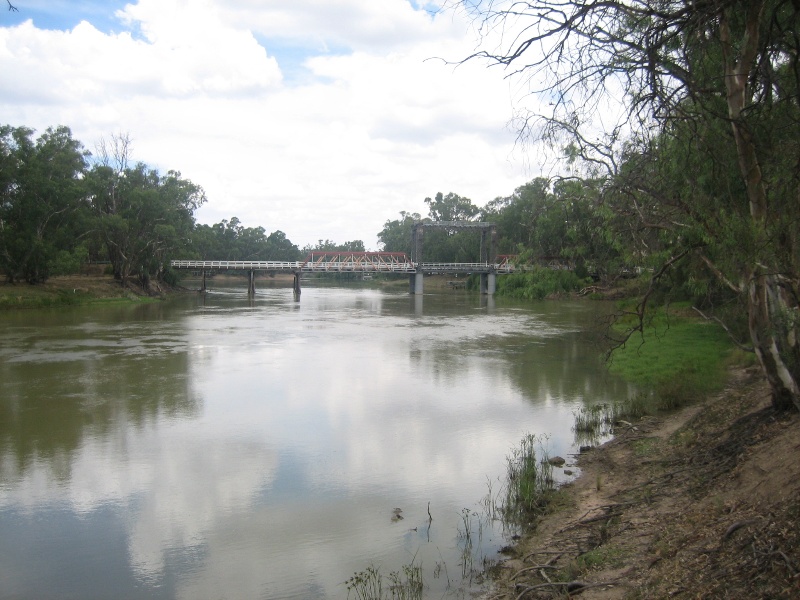 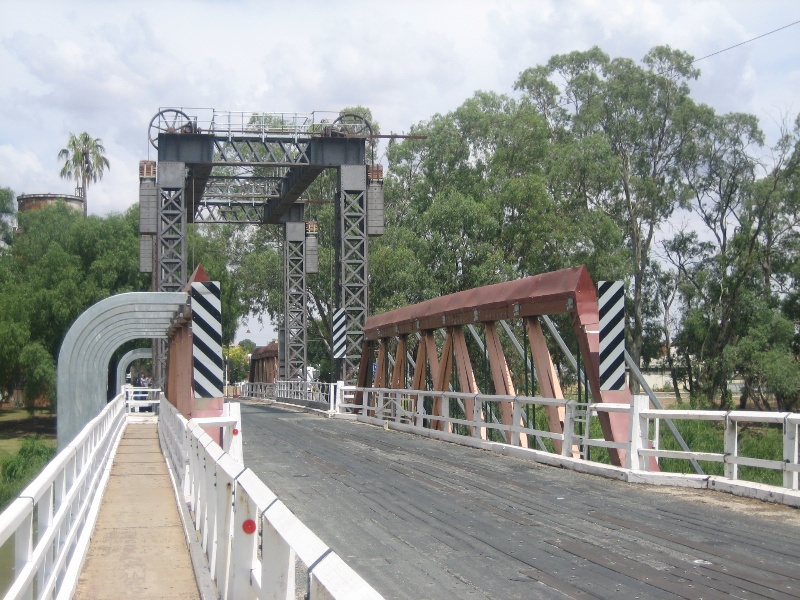 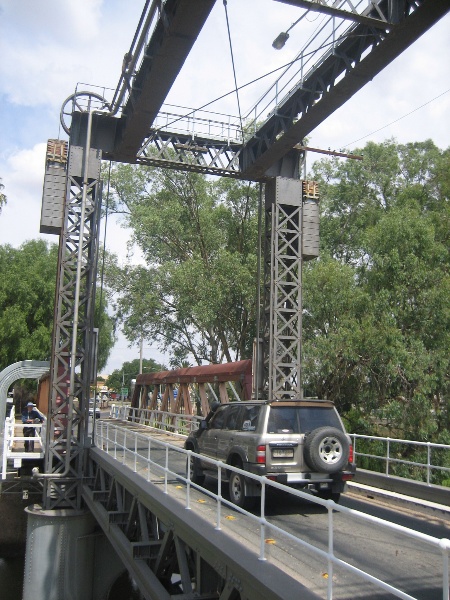 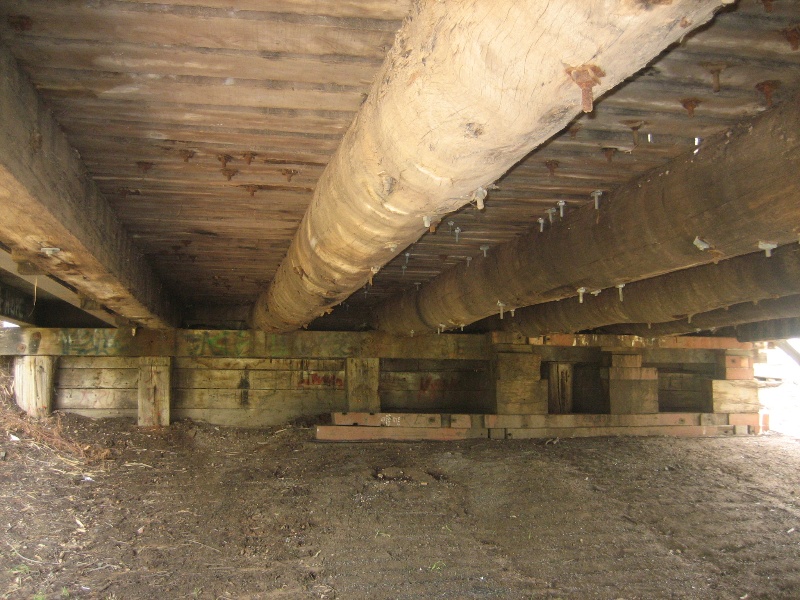 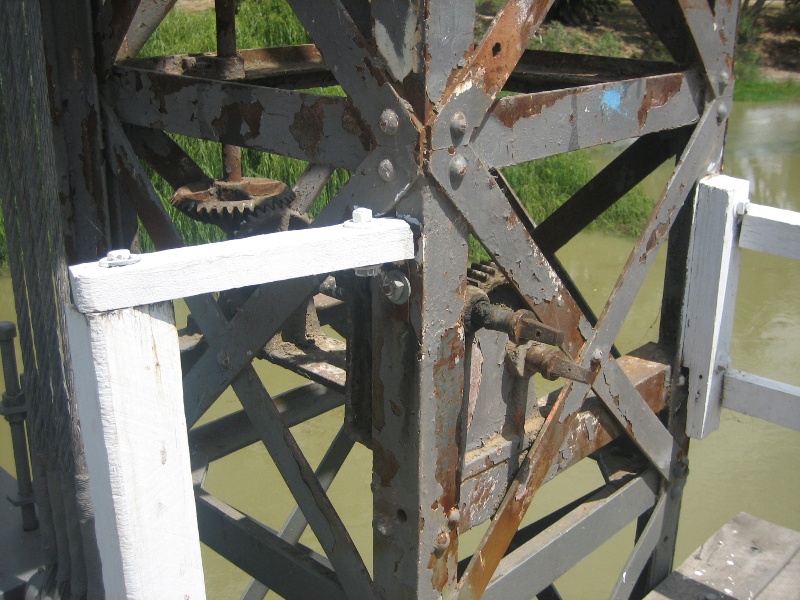 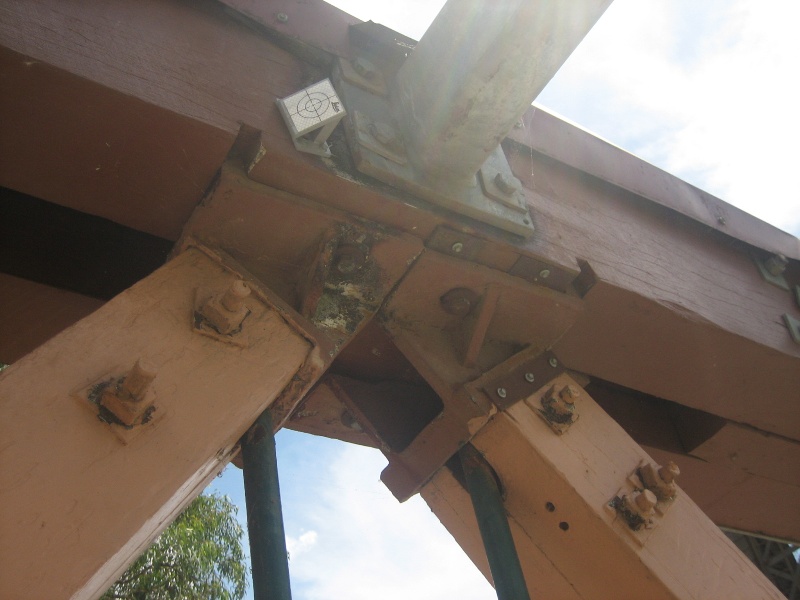 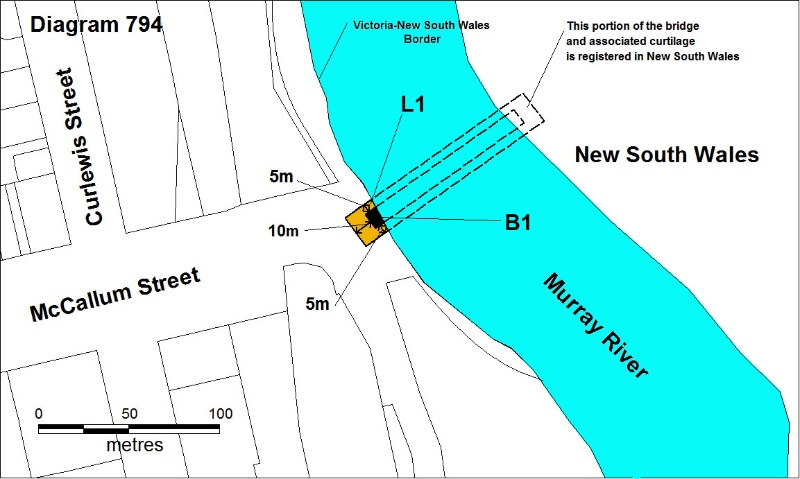 What is Significant?
Built in 1896 by the Victorian bridge builders, Farquharson Bros, to a design by New South Wales Public Works Department Engineer, Percy Allan, the Swan Hill Bridge is a timber truss and steel centre lift-span bridge over the Murray River at Swan Hill.

The bridge is constructed of ironbark from the northern rivers region of New South Wales because of its superior strength and durability. Unlike the local river red gum, which has a tendency to twist and split when sawn into squared timber, ironbark retains its shape and strength.

The Swan Hill region was occupied by a number of large pastoral runs in the decade following Major Mitchell's journey through the area in 1836 and a punt crossing the Murray River was established as early as 1846. The punt attracted further settlement and Swan Hill developed as a centre for the river trade and other interstate commerce. In 1886 the punt crossing was moved to what is now the location of the current bridge. By 1890 the residents of Swan Hill found that the new punt service was inadequate and petitioned for a bridge. The arrival of the railway in Swan Hill in 1889 gave further impetus for the construction of a bridge to further develop intercolonial trade.

The bridge was one of the first using Percy Allan's innovative truss design developed in 1893, which would be used on timber bridges throughout New South Wales. The Swan Hill Bridge is the only Murray Bridge to use the 90ft (27.4m) variation of the truss. No Allan truss bridges were built south of the Murray River. The bridge also includes Allan's improved one man operated lifting mechanism for the central lift-span. This was the first bridge to use the mechanism, which was used on virtually all subsequent lift-spans in Australia.

How is it Significant?
The Swan Hill Bridge is of historical and technical (scientific) significance to the State of Victoria.

The Swan Hill Bridge is of historical significance for its associations with engineer Percy Allan who influenced bridge design throughout Australia.

The Swan Hill Bridge is of historical significance for its role in facilitating intercolonial trade between New South Wales and Victoria.