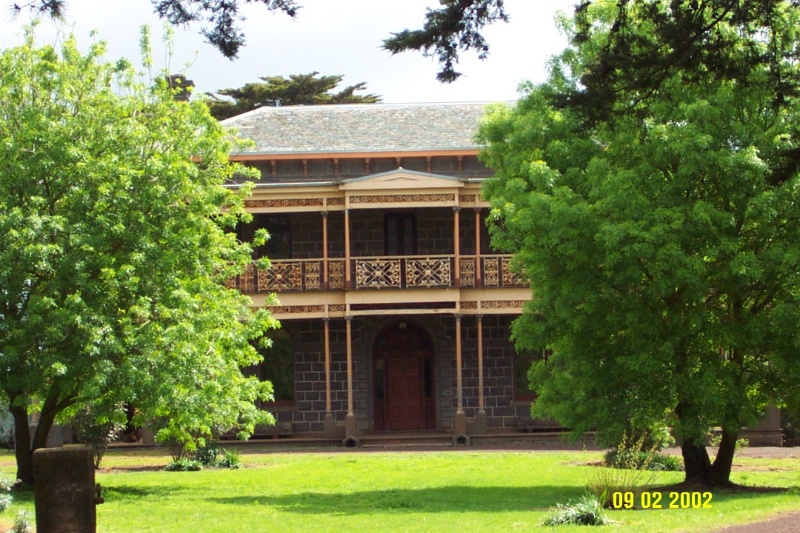 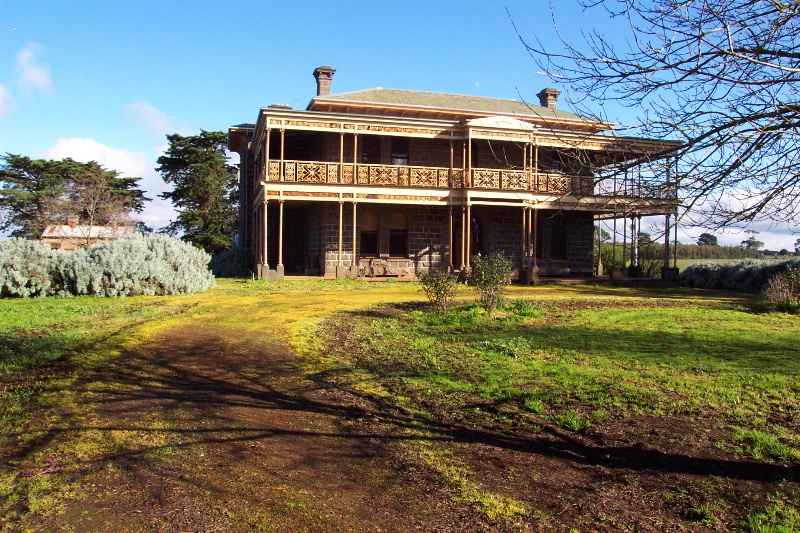 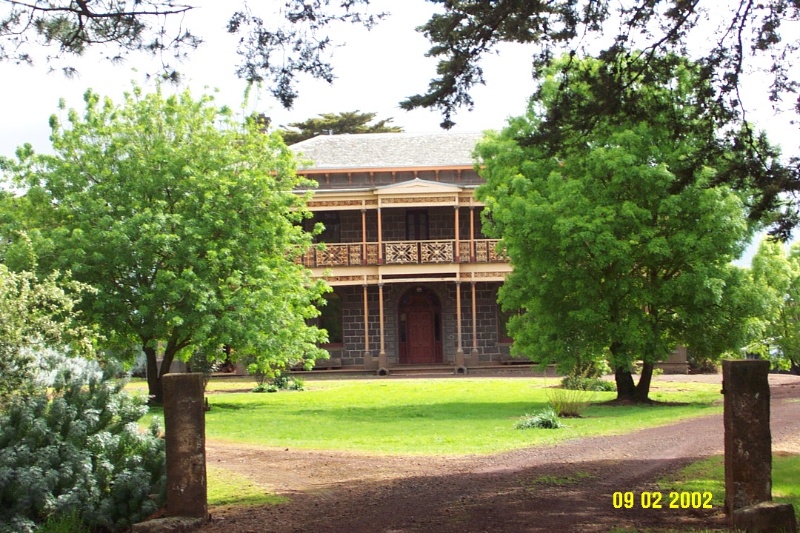 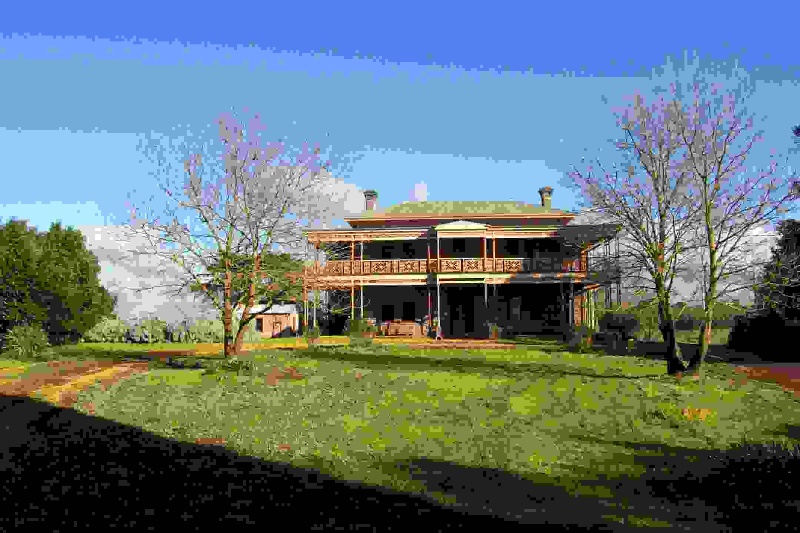 What is significant?
Monivae Homestead, the second property by that name, is located two kilometres south of Hamilton on the Hamilton-Port Fairy Road on the Muddy Creek and beside the Hamilton-Portland railway line. It replaced the much earlier homestead of Acheson Ffrench on the opposite side the road. Designed as a very conservative interpretation of the Italianate style and completed in 1877, Monivae is a two-storey, symmetrical villa set within a substantial garden at the end of a straight drive. The bluestone for its construction was quarried on site. The cast iron and patent metal columns of the verandah were imported from Melbourne. The architect was a local, the English-born William Smith, who was also the town clerk of Hamilton. The owners were Scottish-born James Thomson (1823-1910) and Christina Thomson, nee Armstrong, and their family of eleven children and they were directly related to the Learmonth family of Prestonholme, pioneers in Mexico. The excellence of the building's construction and detailing indicates the calibre of the architect as much as the wealth of the owner. James Thomson was a pastoralist who had bought the run from Ffrench's distressed estate. Thomson's son John continued the family's pastoral interests and was MP for Dundas when the house was redecorated. For sometime after World War Two, the property was used as the boy's boarding school, called Monivae. Most of the original outbuildings have been lost to bushfires caused by the nearby railway. Much of the garden and surrounding park has been lost and the drive of Monterey Pines, pinus radiata has been replaced. The main house is in excellent condition although its interior decoration has been lost.

How is it significant?
Monivae Homestead is of historical and architectural significance to the Shire of Southern Grampians.

Why is it significant?
Monivae Homestead is of historical significance for its direct connections with several generations of the Thomson family and their extended family including the Learmonths. It is significant as an example of a grand homestead built after the difficulties for squatting interests caused by the Selection Acts. Monivae, a very conservative interpretation of the Italianate style, is of architectural significance as an example of the work of William Smith. While the house is relatively grand, its sobriety demonstrates the position and values of its owners and the skills of its architect.