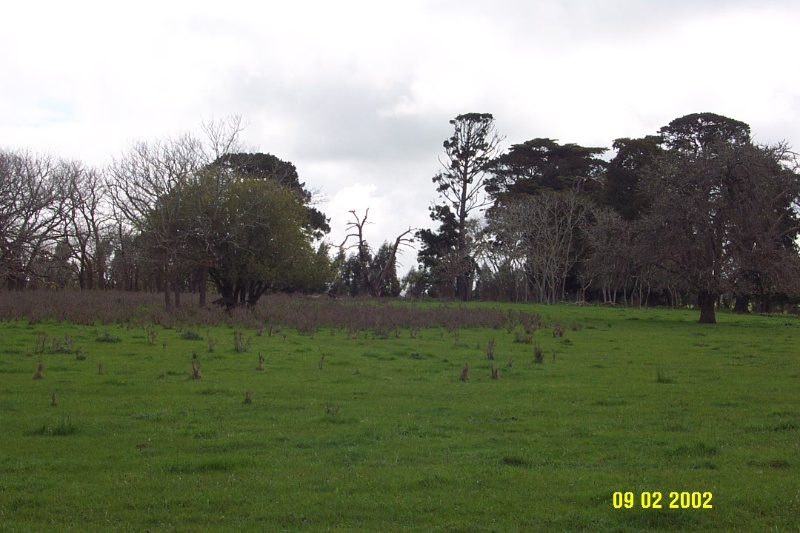 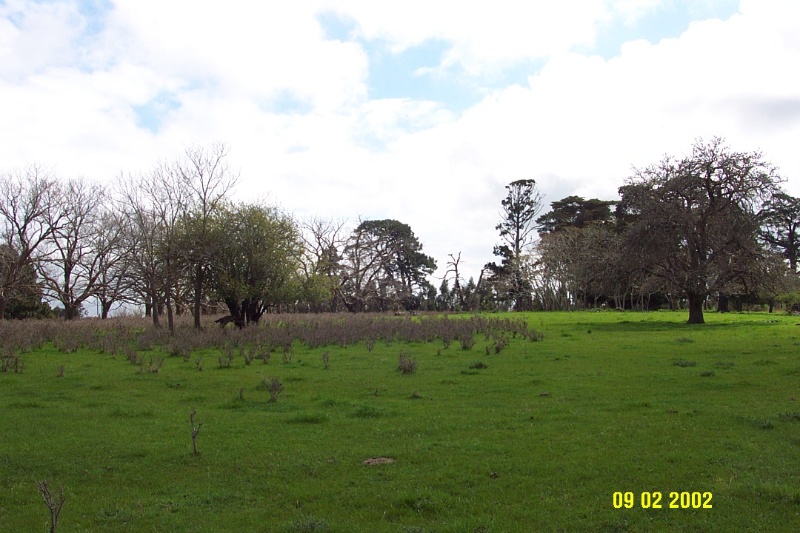 The original Monivae homestead site is located 2kms south of Hamilton, immediately adjacent to the Hamilton-Port Fairy Road and on the Muddy Creek. The squatting run was taken up by Acheson French (1812-70), the first Hamilton police magistrate, from 1841 although he probably resided there only after his resignation in 1847. Born in Ireland, well educated and an agnostic, French was one of the most colourful characters in the early Western District. In 1842, he married Anne Clark Watton, the daughter of Dr John Watton, the medical officer at the Mount Rouse Aboriginal Reserve. About 1847, he seems to have erected a prefabricated house, probably imported through Port Fairy. It survived at least until the end of the nineteenth century but is now gone. Parts may have been relocated to the new Monivae Homestead built in 1877 by James Thomson who bought the Monivae property from the distressed estate of Acheson French. A substantial garden and further landscaping survives to clearly mark the original site. It remains one of the most important abandoned homestead sites in the Shire of Southern Grampians and has excellent potential as an archaeological site.

The original Monivae Homestead site is of historical and archaeological significance to the Shire of Southern Grampians.

The original Monivae Homestead is of historical significance for its direct connection with Acheson French, the first Hamilton police magistrate, and subsequently with the Thomson family. It is or archaeological significance as a relatively undisturbed site from the earliest period of squatting in the Hamilton area. The surviving garden demonstrates a typical homestead garden layout from the mid-nineteenth century.