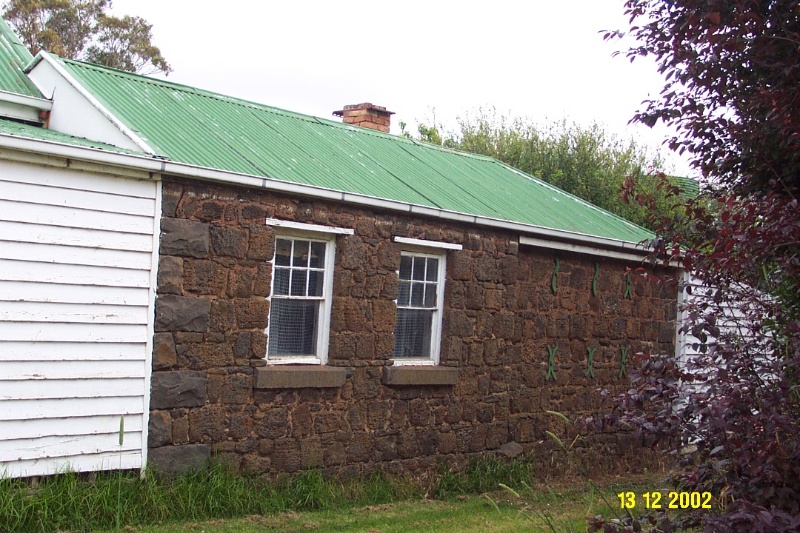 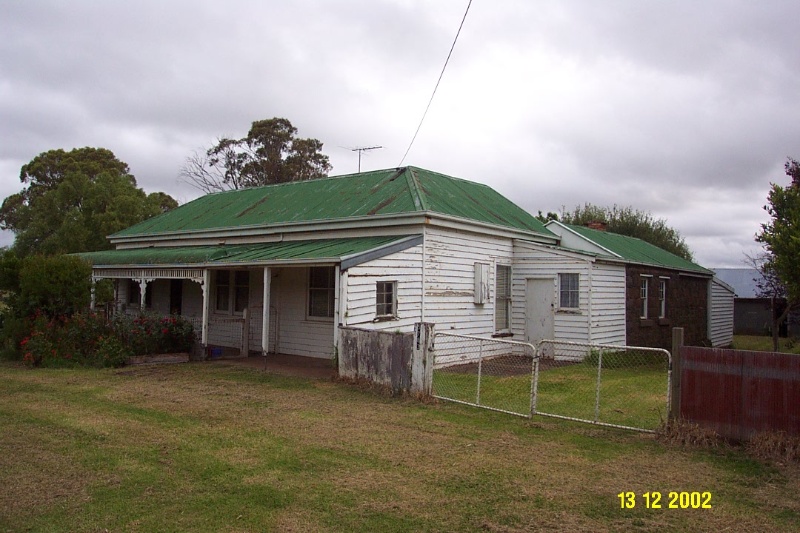 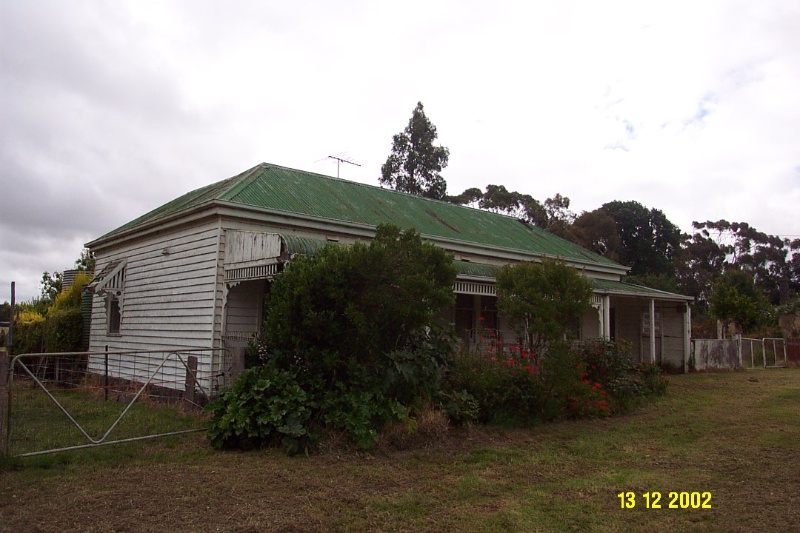 What is significant?
The former bakery at Byaduk consists of a bluestone structure built in the 1860s, with an attached timber shop and residence built about the turn of the 20th century. The stone building is believed to be the first blacksmithy in the township, and the timber structures relate to the period of the bakery business. The bakery is associated with the Holmes Flour Mill, one of the most prominent landmarks in the township, now demolished.

How is it significant?
The former bakery located on the Hamilton-Port Fairy Road, Byaduk, is of historical significance to the township of Byaduk.

Why is it significant?
The former bakery at Byaduk is of historical significance because its bluestone section is one of the earliest surviving buildings in the township. It has further historical significance for its association with the important early trade of blacksmithing, situated at a strategic location on the major routes between Hamilton, Port Fairy and Penshurst. Its subsequent history as the town's long-serving bakery is important, and, together with the nearby general store, is the only reminder of the previous commercial activity in the main street of the township. It survives as the only tangible link to the now demolished Holmes Flour Mill, which was the most dominant landmark of Byaduk for more than 80 years.