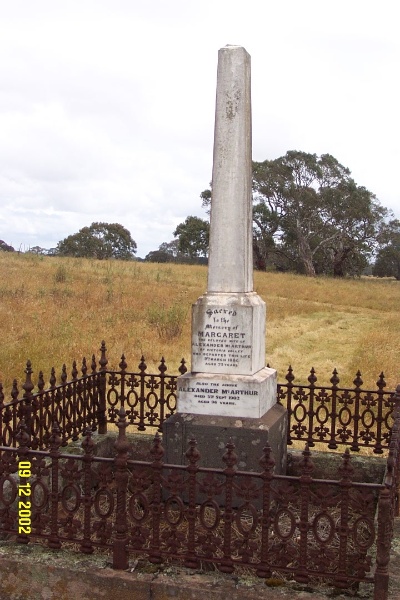 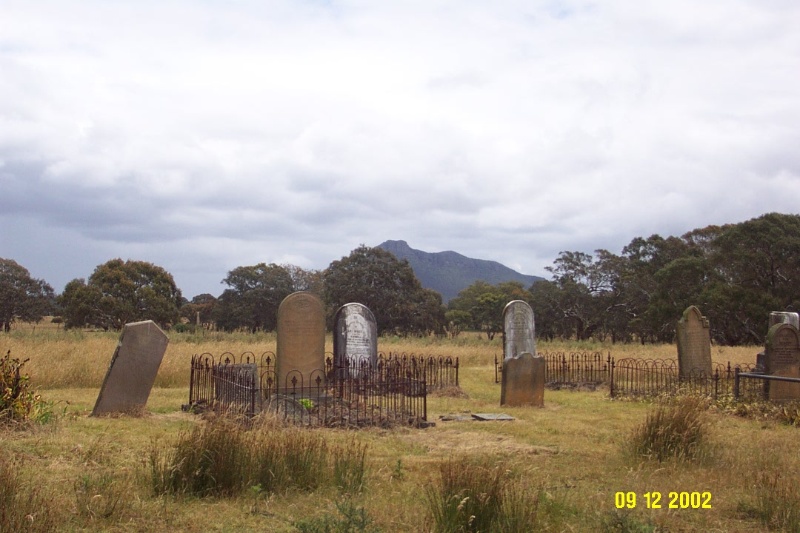 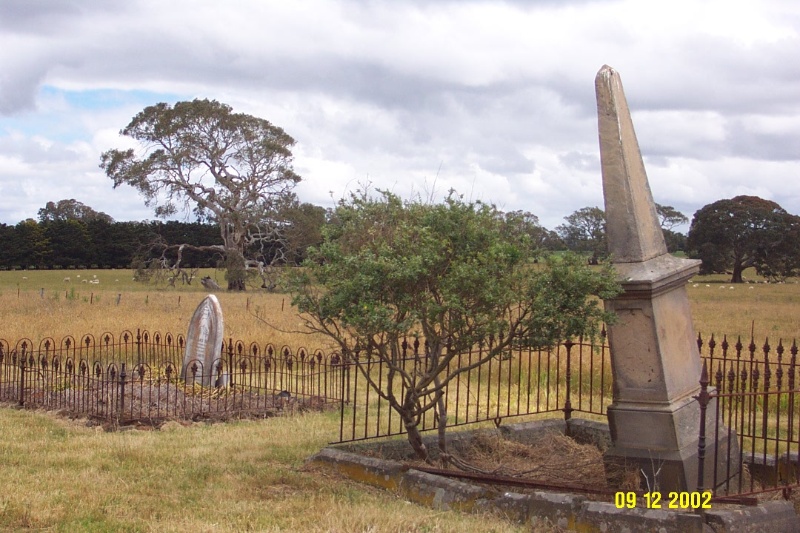 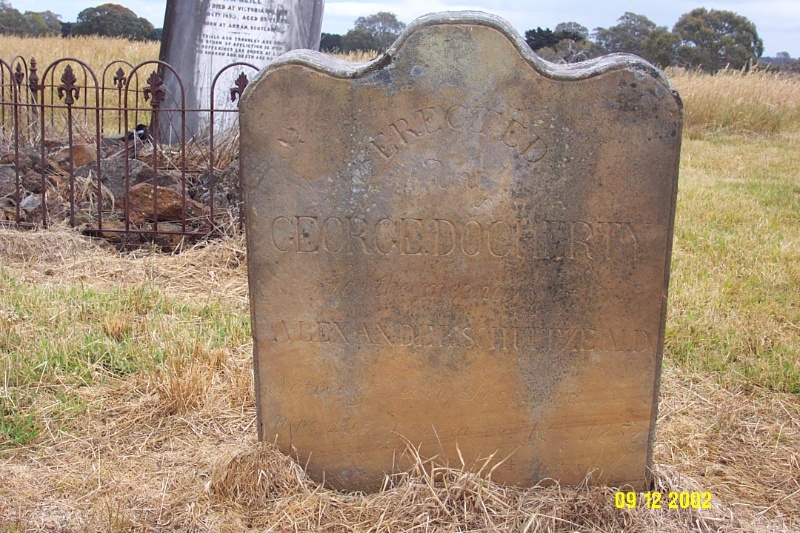 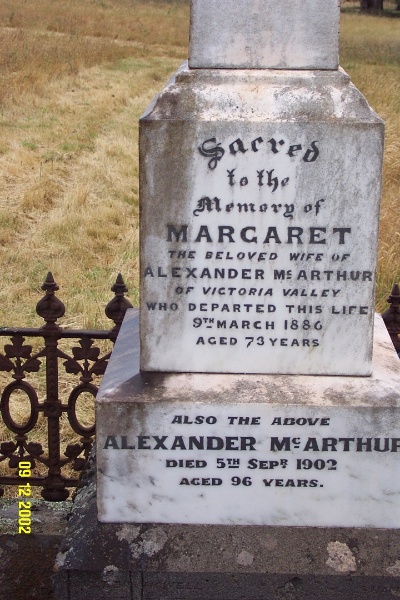 What is significant?
The Dunkeld Old Cemetery is a ten acre allotment set on an elevated granite outcrop, some six kilometers south east of the township of Dunkeld. The cemetery looks towards the Grampians, and was used from 1854 to 1904, until condemned by the Public Health Board as it was almost impossible to dig graves deeper than four feet. The cemetery has a range of burials, both large and small memorials, with very limited plantings on a few graves. The cemetery was replaced by the Dunkeld New Cemetery, located north of the township of Dunkeld in 1905. The first burial was in 1854, although the cemetery gazette date was not until 1866. The Cemetery is overgrown, although some mowing is carried out on a regular basis, and many of the tombstones are unstable. The cemetery retains a high degree of integrity.

How is it significant?
The Dunkeld Old Cemetery is of historical, social and architectural significance to the district of Dunkeld and the Southern Grampians Shire.