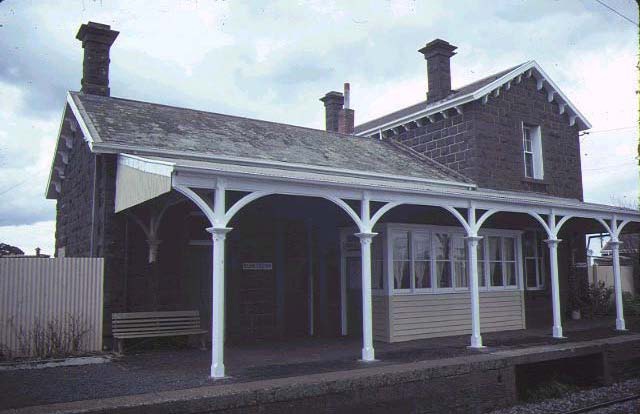 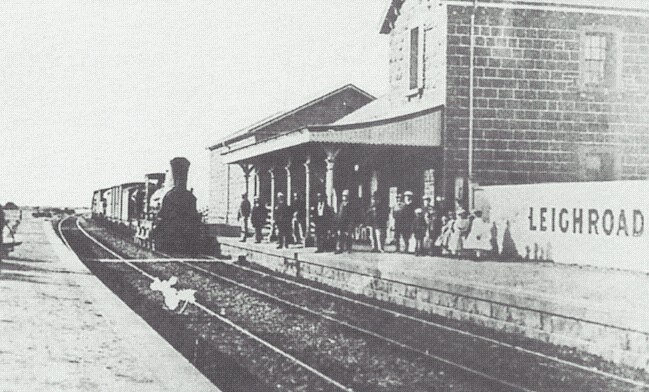 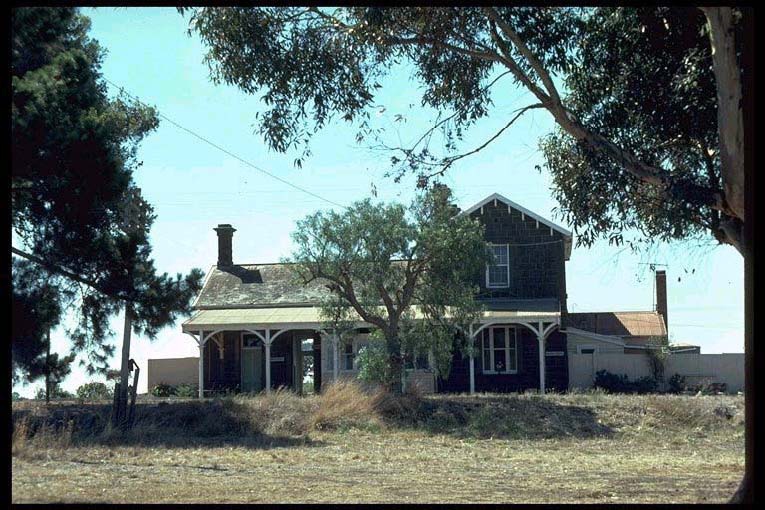 National Estate Register:
The Bannockburn Railway Station is one of a notable group of stylistically similar bluestone railway stations
erected in 1862-63 on the Geelong-Ballarat line. This structure and those at Moorabool, Meredith and
Lethbridge are excellent examples of country railway station architecture of the 1860s, of almost identical
construction and designed at a time of great development of the railway network in Victoria. The finely detailed
timber verandah, contrasting with others on the line, is of note.
(The Commission is in the process of developing and/or upgrading official statements for places listed prior to
1991. The above data was mainly provided by the nominator and has not yet been revised by the Commission.
Source: Victorian Heritage Register -
What is significant?
The Bannockburn Railway Station was constructed for the Victorian Railways in 1862 by D. M. Barry, on the
Geelong-Ballarat Line. It comprises a single storeyed station building with a two storeyed residence attached.
A weatherboard addition to the residence was built in 1945. The station also includes a lamp room/toilet block,
van goods shed and passenger platform. Extensive internal alterations have been carried out to the
stationmaster's office, lobby and ladies waiting room. It no longer functions as a railway station.
How is it significant?
Bannockburn Railway Station is historically and architecturally significant to the State of Victoria.
Why is it significant?
Bannockburn Railway Station is historically significant as an intact example of country railway station
architecture of the 'main trunk lines', c.1857 - c.1869, the formative years of railway development in Victoria.
The complex is important for its potential to yield information on the changing nature of railways, locomotive
technology and public transport use in Victoria. The Geelong-Ballarat Line was one of Victoria's first main trunk
lines, which were characterised by the costly construction of railway structures in accordance with British
standards. The line serves as a reminder of Ballarat's importance and Geelong's aspirations as a major port.
Bannockburn Railway Station is architecturally significant as an important contributor to the architectural
character of the Geelong-Ballarat 'main trunk' line, one of the first railway lines in Victoria. (Beeston, 1995).It is
one of a notable group of stylistically similar station buildings constructed on the main trunk lines. These
stations were a direct derivation of the English Style, a type of Railway Station design common in England
during the 1840s and 1850s, which was based on classical planning principles and details. The station
demonstrates the high quality of craftsmanship used in the design and construction of this series of station
buildings. It serves as an excellent illustration of country station architecture of the 1860s in Victoria.