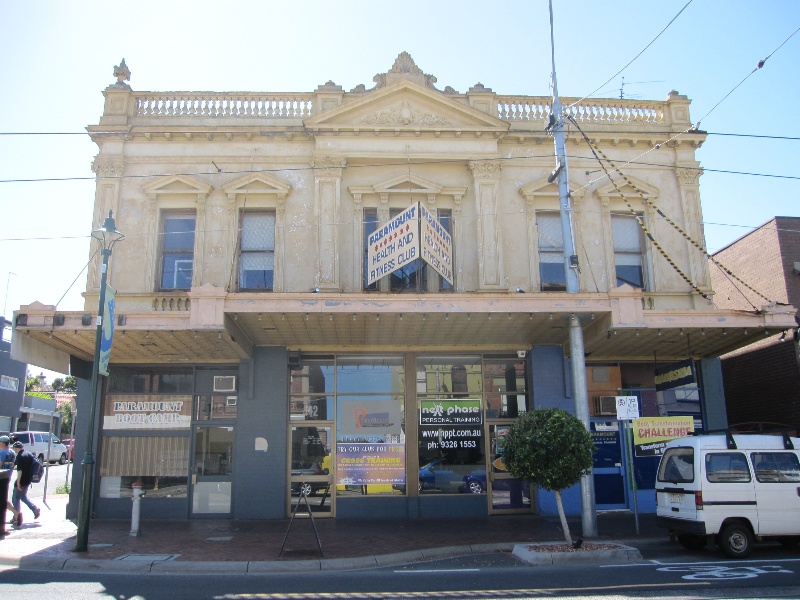 The former Ascot Vale (Union) Hall, later King George's Hall, the Ascot Vale Theatre and the Paramount Theatre was designed by the architect Jonathon Rankine and built in 1890.

It is historically and aesthetically important. It is historically important (Criterion A) as a public meeting place in Ascot Vale since 1890 and for its unusual capacity to demonstrate aspects of the early days of the moving picture industry which had its origins in the public halls of the metropolis. It is aesthetically significant (Criterion E) as an exceptionally dignified late Victorian building in the Municipality an amount of its upper level facade treatment which is distinguished by the elongated window proportions, the articulation of the facade and its return to the side elevations.