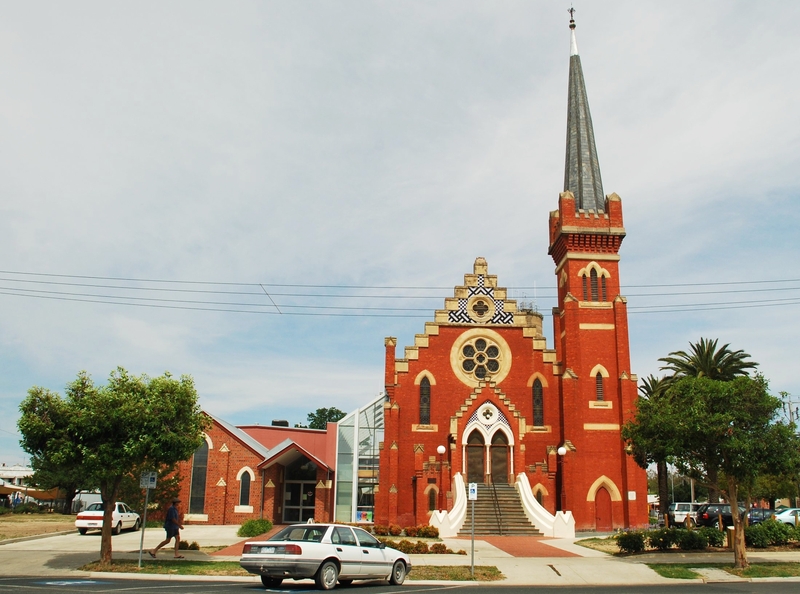 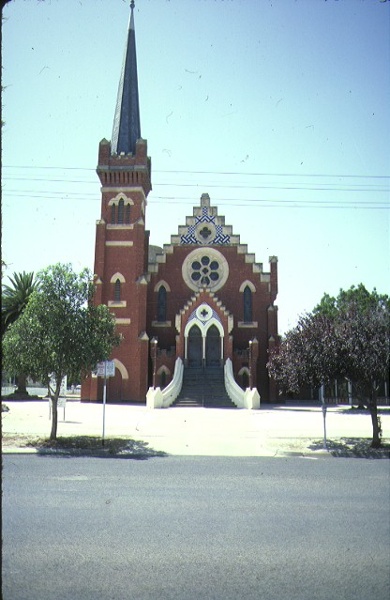 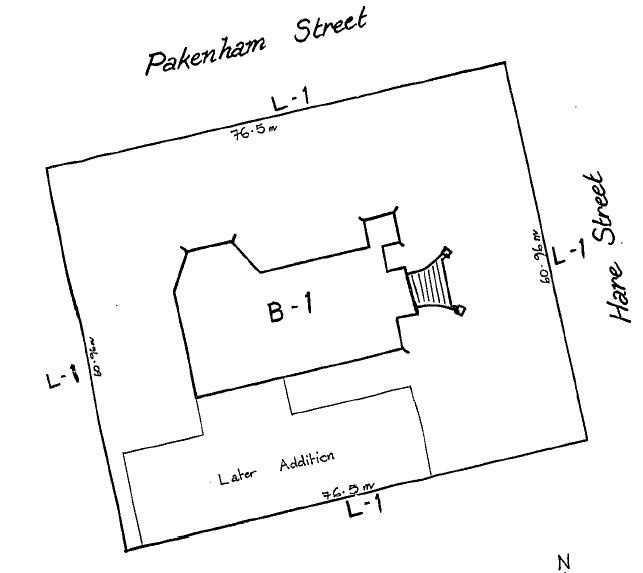 St Andrew's Uniting Church was built as a Presbyterian church in 1901 by contractors Mc Bride and Nicholls to a design by Echuca architect and engineer, Arthur Edgar Castles.

The church has architectural and historic significance to Victoria.

The church is an extraordinary and strikingly picturesque example of an Edwardian Gothic Revival church. Its boldly expressed design comprises a number of distinctive elements, including the elevation of the nave above the Sunday school and the impressive flight of slate stairs leading to the nave, featuring curving cast element balustrades and cast iron lamps; the stepped buttresses; the machicolated and castellated parapet of the tower; the steep and ornamentally slated octagonal spire; and the glazed tilework.

The church has a number of features demonstrating outstanding decoration and craftsmanship including the use of glazed tilework, the ornamental spire and tower and the corbel stepping of the gables.

The building has an association with the Rev. J C Johnstone, minister at Echuca from 1871 to 1901, who was the main driving force behind its construction. Rev. Johnstone was greatly involved in the public life of Echuca, in particular with the formation of a number of benevolent and social societies and the establishment of the local hospital. He was also an important figure in church affairs, being moderator of the Bendigo and Maryborough Presbyteries and, in 1901, being elected moderator of the Presbyterian Church of Victoria.