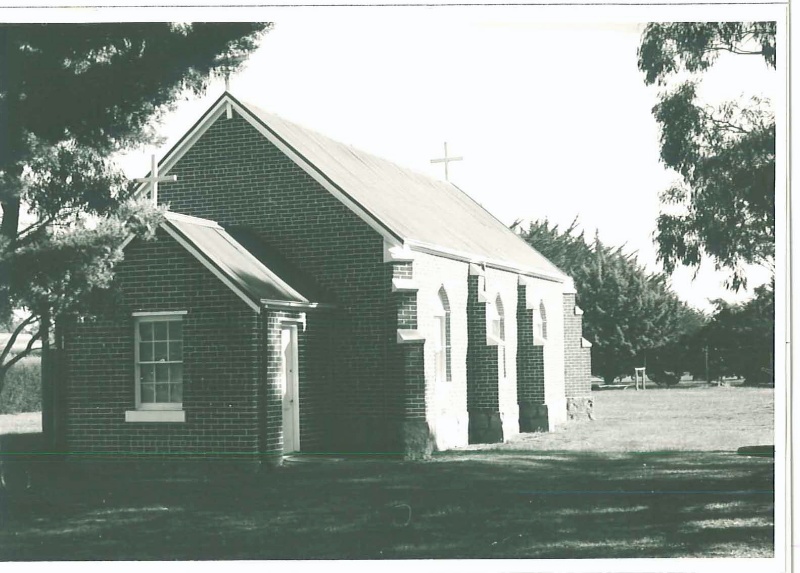 SIGNIFICANCE: »One of the oldest Lutheran churches in the state and an important building at the entrance to the city.

Built on land originally outside the city's boundaries, St Luke's is of local historic and architectural significance for its naive Gothic Revival style and its associations with the early Lutheran community. It was built in 1861 which makes it one of the oldest Lutheran churches in the state and it was probably designed within the congregation. ([i]) One of the earliest and probably the most important incumbent was Pastor C G Hiller from 1865 to 1917. He lived nearby in his cottage on the opposite side of Hiller Lane. ([ii]) Although nominally "Evangelical" this congregation appears to have been a different sect from the mainstream Evangelical Lutherans from Hochkirch (Tarrington) and Tabor. ([iii]) By the 1870s and 1880s the congregation had declined so much from further migration to the Wimmera that there was only one service per month. ([iv]) The church went further into decline with the resolution of religious differences between the sects and the establishment of a town congregation in 1939. ([v])

The form and detailing are very simple with the only suggestions of the Gothic style being in the butresses and pointed windows. The materials are also very plain but the church was soundly built, is still substantially intact and is in good condition. It can be compared with the Baptist Church in Collins Street, Hamilton and the Seventh Day Adventist Church in King Street, Hamilton. The church is now part of a folk history museum.

The adjacent old buildings relocated to the site do not form part of the significance of St Luke's Lutheran Church.

[i] Garden, D, Hamilton, p 83 and National Trust File No 2269 which states that the church at Thomastown predates this by about five years.

[ii] The coyyage is outside the City of Hamilton, Hiller lane being the present boundary.