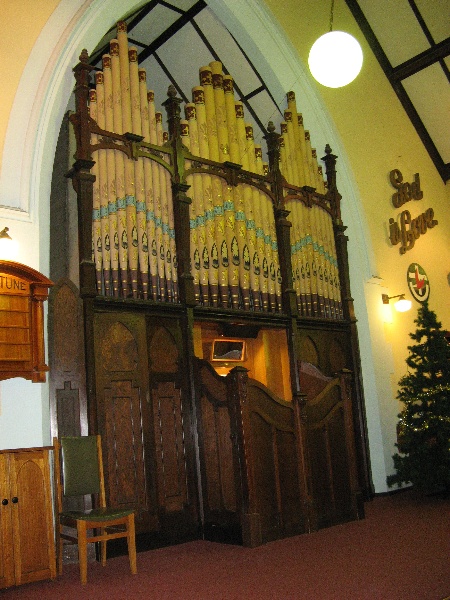 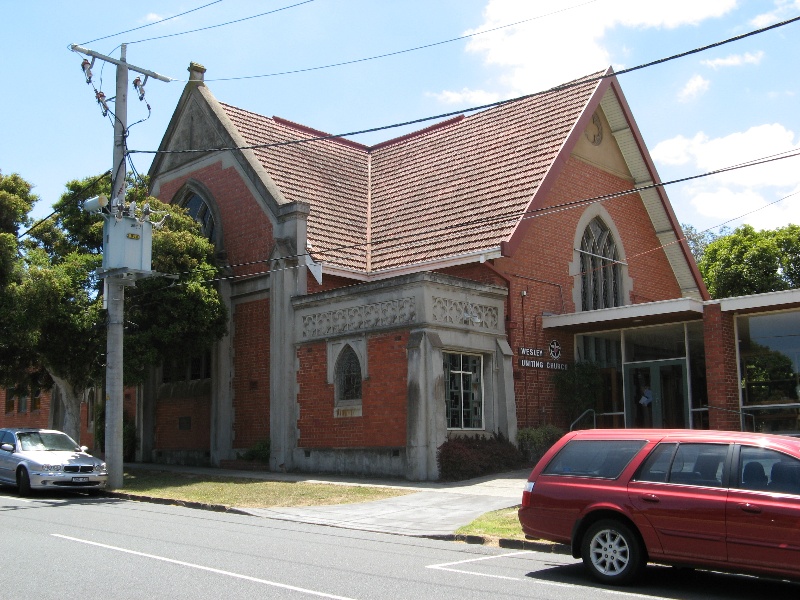 This pipe organ was built in 1877 by the notable London organbuilder Henry 'Father' Willis (1821-1901) for the Hon. Henry Miller, a parliamentarian and one of Victoria's wealthiest men at that time. Willis was one of Europe's leading nineteenth century organ builders, and was called 'Father' Willis both to distinguish him from his organbuilder descendants and because of his contribution to the art and science of organ building. This organ was the only one exported by Father Willis to Victoria and was a prestigious example of his work. The organ was installed at the end of the large ballroom at Findon, Miller's house at Kew, where it was depicted in an illustration in Victoria and its Metropolis (1888). No expense was spared in the construction of the organ, with superlative materials and lavish finishes being freely employed. After 1908 it was moved to the ballroom of Whernside in Toorak, owned by Albert Miller and later Edward Miller, sons of Henry Miller, and the central pipe on the organ facade may then have been slightly cut down for a reduced ceiling height. Whernside was sold in 1928 and in 1930 the organ was installed in the Methodist Church at Box Hill, where it survives today with little alteration from the original. It was subject to maintenance and restoration in 1969 and 1983.

The Willis organ is an impressive instrument with a fine quality oak console, ornately decorated pipes, turned solid ivory and rosewood drawstops, thick ivory keys and immaculately finished internal components. It has two manuals, seventeen speaking stops, three couplers and has a mechanical action. The place and date of manufacture are recorded on one of the bellows ribs and the instrument has a brass plate above the keyboard bearing the builder's name, probably added after its arrival in Victoria. The fine Willis sound has been preserved and the casework is unaltered except for the addition of the lower left- and right-hand panels.

The Henry Willis organ in the Wesley Uniting Church is of historical significance to the state of Victoria.