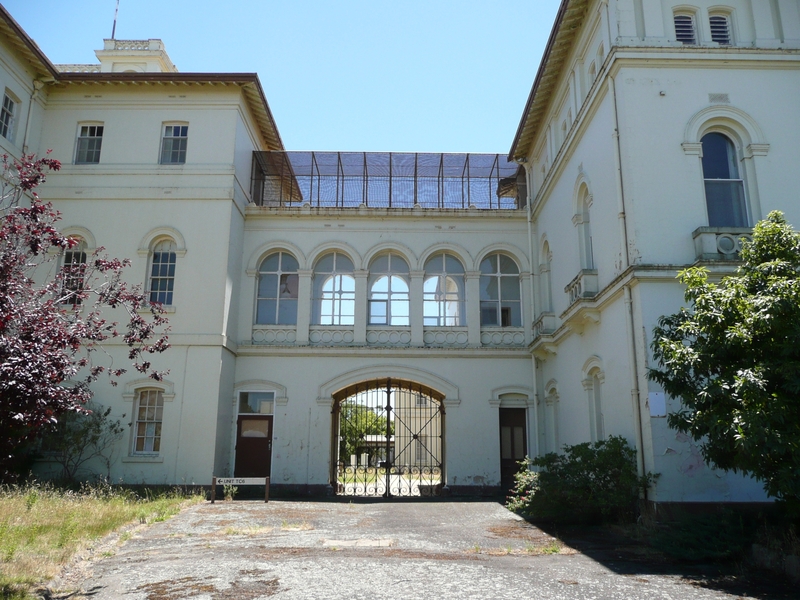 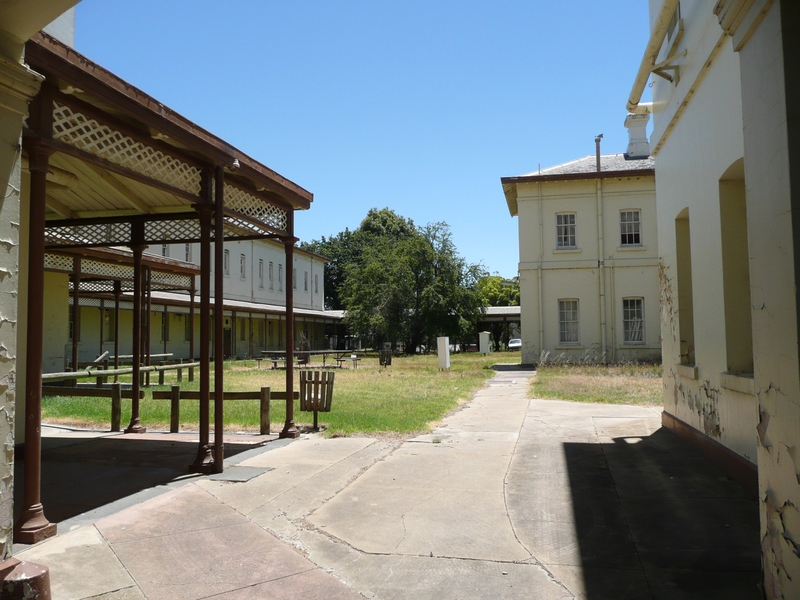 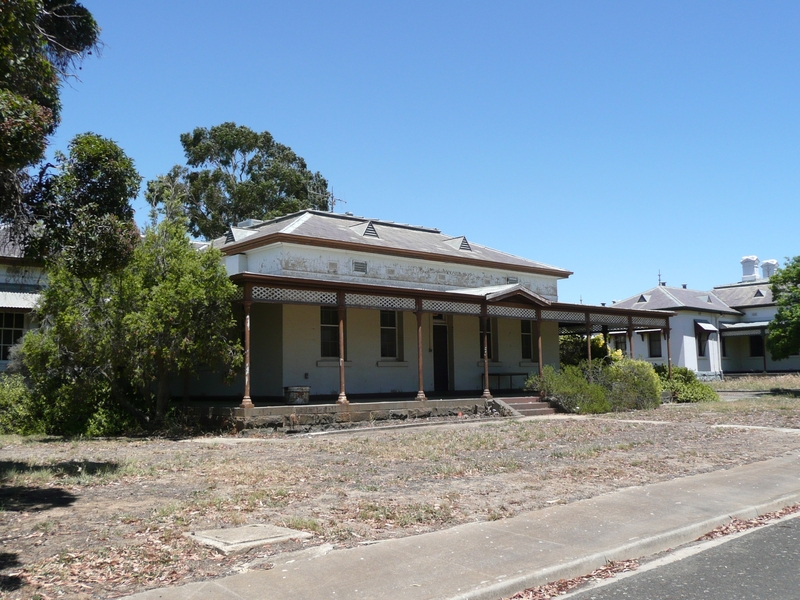 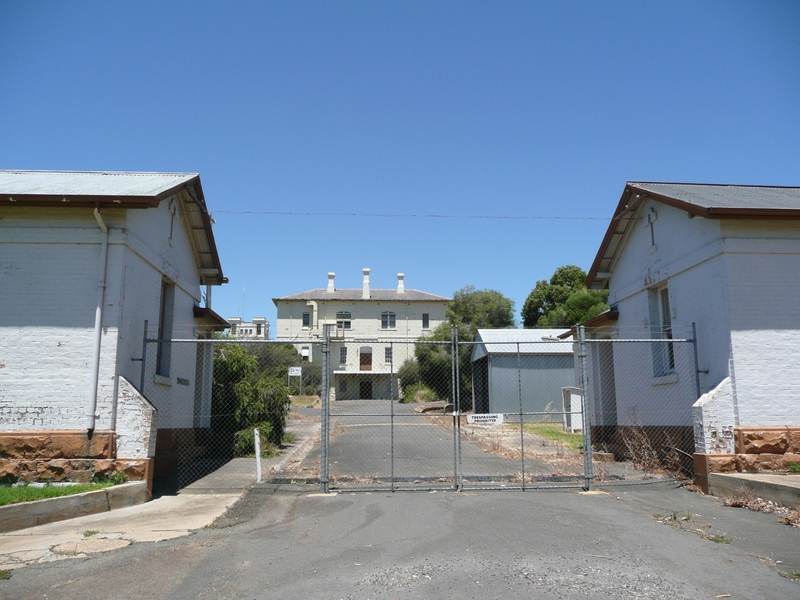 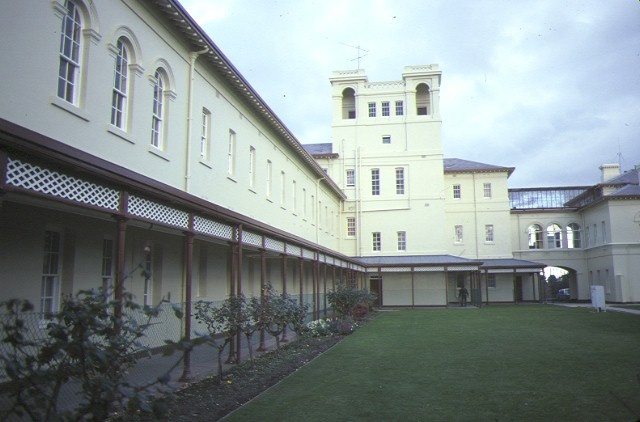 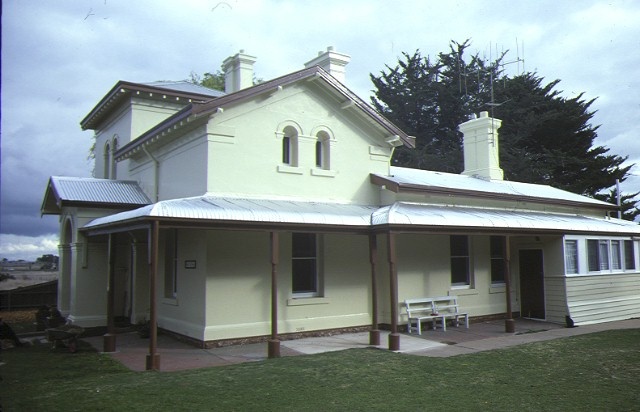 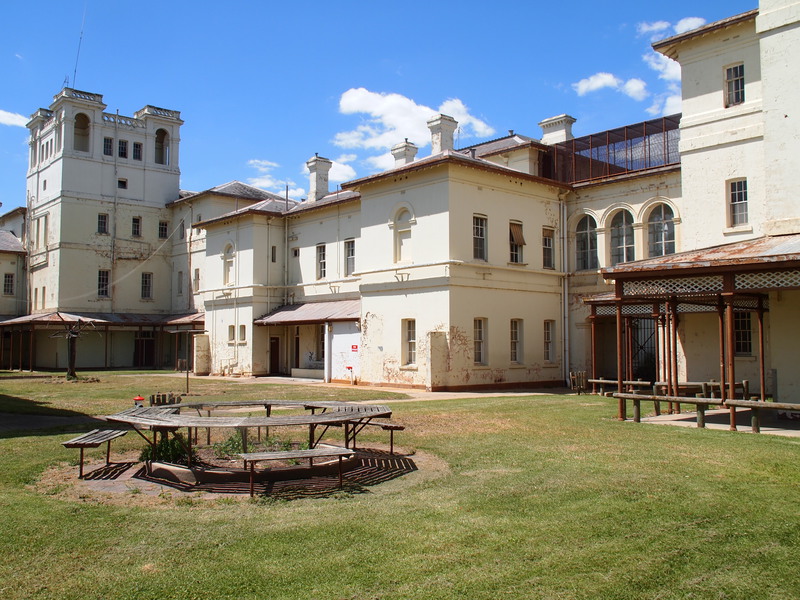 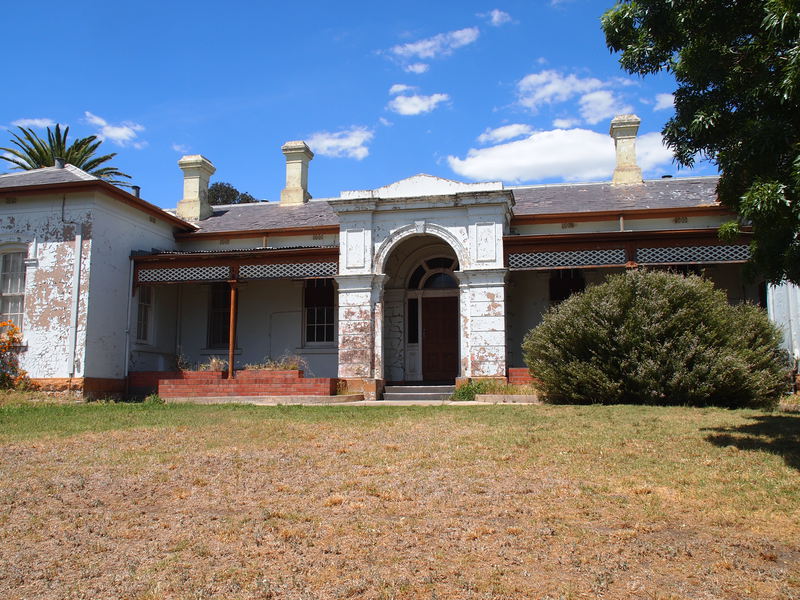 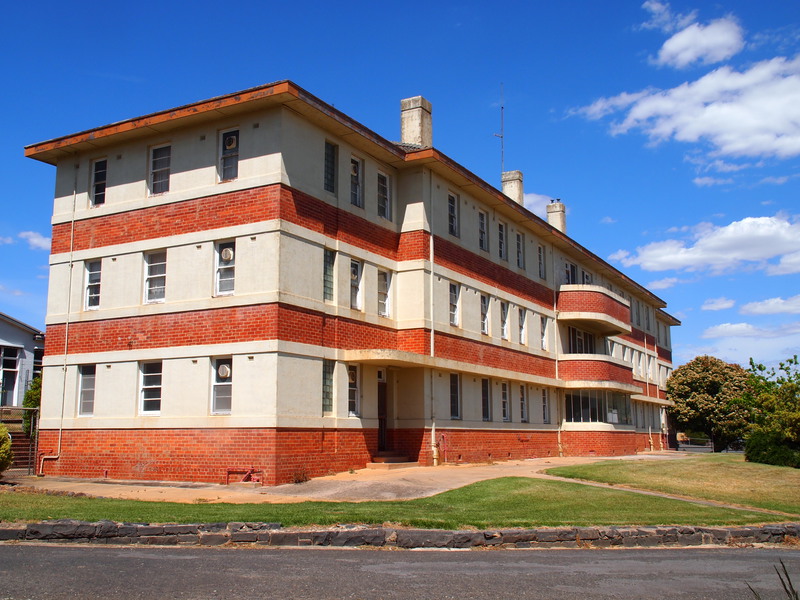 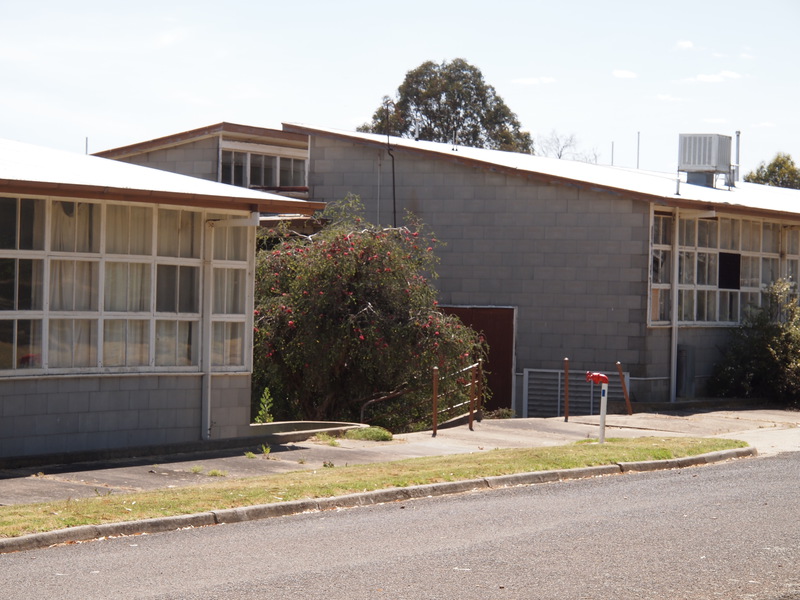 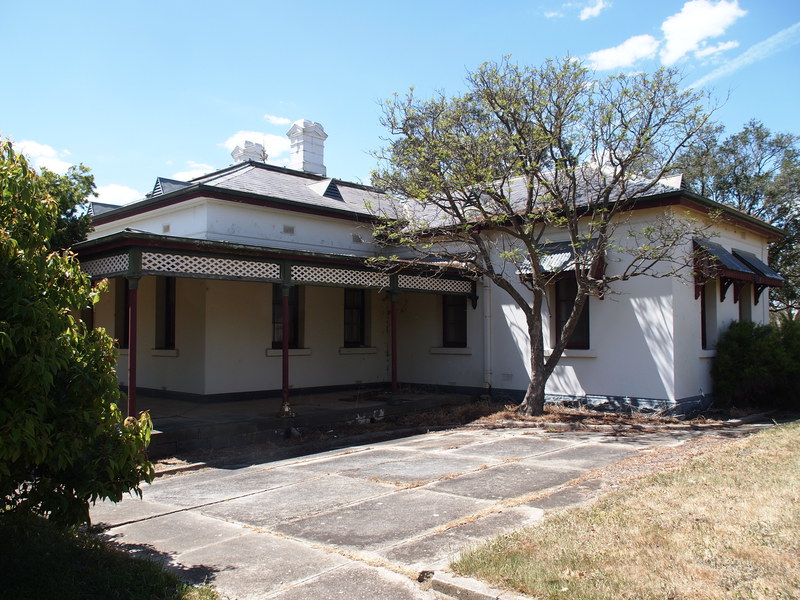 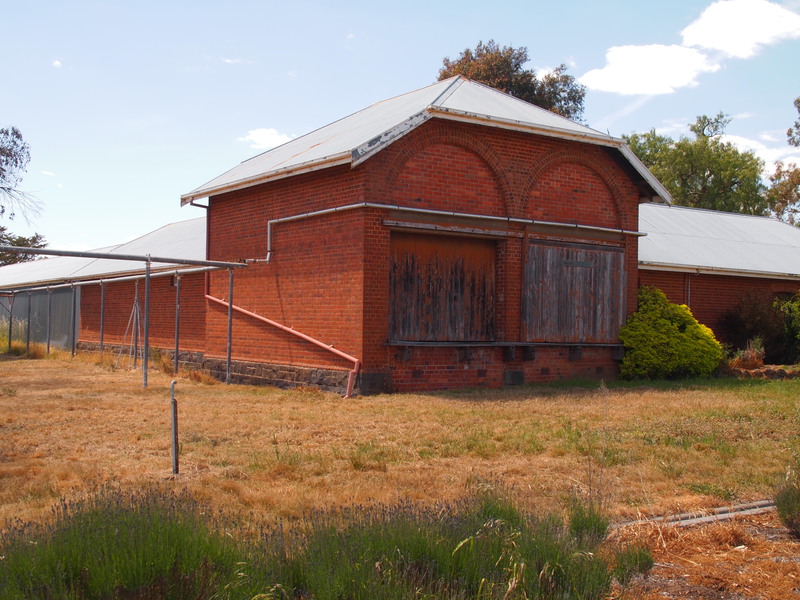 Aradale was initially constructed as the Ararat Lunatic Asylum between 1864 and 1867 to a design attributed to the Public Works Department architect JJ Clark under the direction of William Wardell. The earliest buildings include the vast main building with its towers, the kitchen and dining room block, the gate lodges and extensive remnants of the encircling ha-ha wall. Later nineteenth and early twentieth century additions include the farm buildings, convalescent cottages, sun-shades and fever tent. The site has also many later buildings and structures. The Ararat Lunatic Asylum was built around the same time as Beechworth (Mayday Hills) and Kew (Willsmere) asylums and shares many design features. The main buildings are cement rendered brick Italianate structures. Unlike Beechworth which has an extensive and well maintained garden setting, the Ararat complex has only a few remnants of early plantings including a rare example of an Irish yew and some good examples of oaks and pink hawthorns. The former lunatic asylum displays a high degree of physical integrity and is in generally good condition.

Aradale is architecturally, historically and socially important to the State of Victoria.

Aradale is architecturally significant as a particularly fine and substantially intact example of an extensive complex of Italianate asylum buildings dating from the 1860s through to the early twentieth century. The design is based on the influential asylum at Colney Hatch in England and, in common with other contemporary institutions notably Willsmere in Kew and Mayday Hills at Beechworth, displays key characteristic features such as the E shaped plan of the main administration, kitchen and dormitory block with its airing courts, covered walkways and sun shades, as well as the gate lodge, mortuary and ha-ha wall. The restrained design of the 1860s buildings has been attributed to the important Public Works Department architect, JJ Clark.

Aradale is historically and socially important for its physical manifestation of the changing approaches to the treatment of mental illness in Victoria from institutional confinement to treatment and rehabilitation, and from barracks, through cottages to wards. Aradale was a key component in a system of nineteenth century asylums which included those at Beechworth and Kew. Aradale has been crucially important in the social history of Ararat and has, along with the Ararat Gaol, contributed significantly to the economic viability and survival of the town. Its size and prominent siting have had an important and long lived social and economic impact on the town and region.