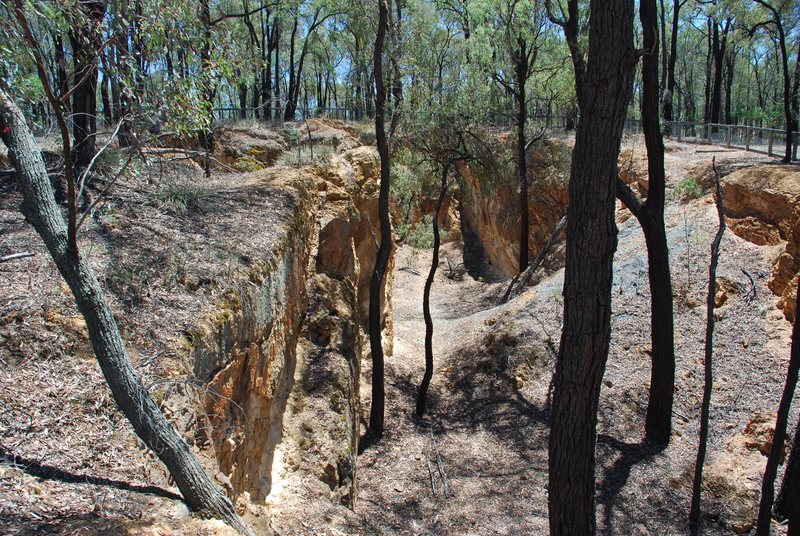 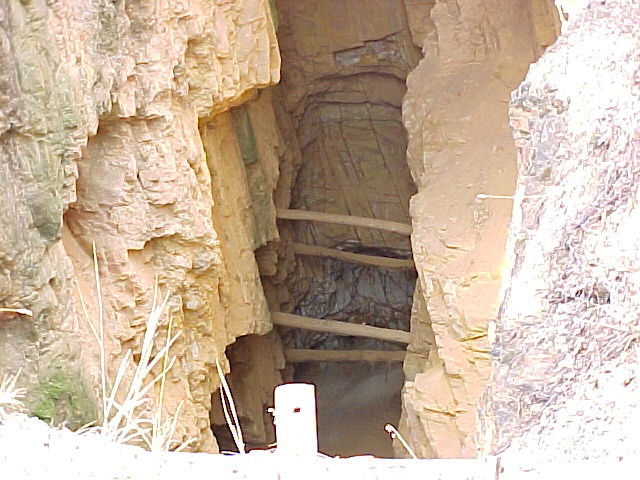 What is significant?
Magenta Quartz Mine began as an open cut mine in 1860 on the Magenta gold fields, 1.6km northeast of Chiltern in north eastern Victoria. Following the discovery of gold in Victoria (1851), quartz gold mining developed in the mid-1850s, subsequent to alluvial mining practices, and intensified c.1860. Two separate Magenta quartz gold mining syndicates operated on separate reefs at different periods. The first Magenta Company remained in continuous operation until 1901 and excavated the open cut mine using horse and dray. The second Magenta Company, operating from c.1909 to the mid-1920s, mined an open stope reef to the west using a steam powered winch and pulley system. Mullock from the stope was dumped onto the open cut site filling in many of the tunnels extending down past the cut. Published figures indicate the mine yielded 9900 oz. of gold from 21 665 tons of crushed material, although it is believed that 13000 oz. is a more accurate sum.

Developing as a result of the rush to gold, Magenta was a significant township during the late 1860s and remained an important residential area up to 1907; World War I fostered its decline. The Magenta reef was briefly reworked during the 1930s depression years. The mining site is now open to tourists as part of the Chiltern Box-Ironbark National Park.

The Magenta Quartz Mine site comprises an open cut mine measuring 50m x 30m x 8m deep and an open stope mine west of the open cut measuring 20m x 5m x40m deep. The remains of two stamping batteries, two intact sealed shafts, and tailings dumps are evident. The mine's integrity has been moderately compromised due to disturbance of the tailings and partial filling of the open cut.

How is it significant?
Magenta Quartz Mine is of historical and archaeological significance to the State of Victoria.

Why is it significant?
The Magenta Quartz Mine is historically important for its association with the Victorian gold rush and in demonstrating the contribution of quartz mining to Victoria's prosperity from gold.

The Magenta Quartz Mine is of archaeological significance for its potential to yield information concerning the technological history of gold mining in Victoria.