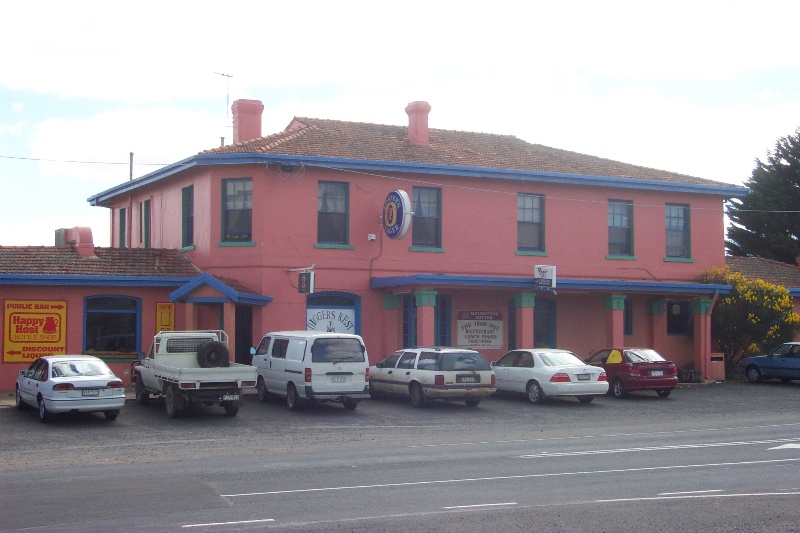 The Diggers Rest Hotel (prior to the fire in 2008) 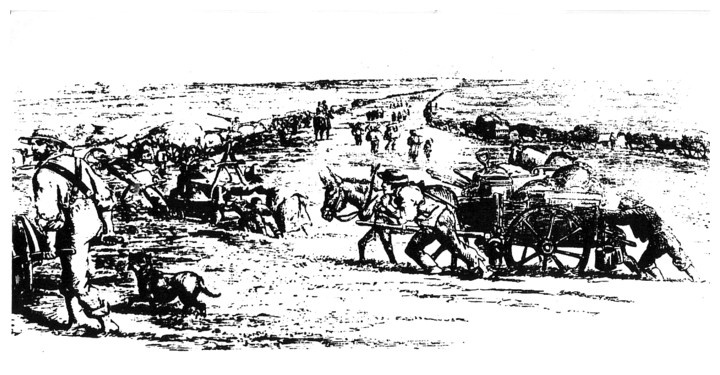 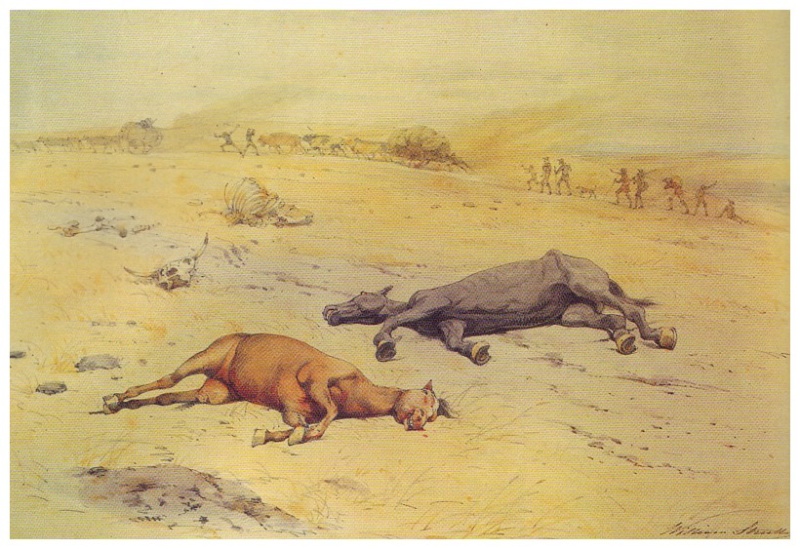 The Diggers Rest Hotel, at 1434-1466 Calder Highway, Diggers Rest, constructed in 1854, is significant as one of the few Mount Alexander Road goldrush wayside hotels known to survive, and the only known surviving example of the many wayside hotels that were established between towns during the goldrush. Architecturally, the original Victorian building has been compromised by additions, primarily during the interwar period. Historically, these same additions also demonstrated the revival of the Mount Alexander Road as a competitor to rail transport with the advent of the motor car, a far-reaching transformation which almost certainly saved the hotel from demolition.

The Diggers Rest Hotel, at 1434-1466 Calder Highway, is architecturally significant at a LOCAL level (AHC D.2). Although recently burnt and now in a ruinous state, it still demonstrates nineteenth century and interwar design qualities. The nineteenth century qualities include the composition of the massive two storey rough stone and brick walls the chamfered corner, , single window openings and main entrance doorway. The interwar qualities include the shallow-pitched gambrel roof form, broad eaves, and the timber framed window and door openings on the ground floor, and the two side additions.

The Diggers Rest Hotel, at 1434-1466 Calder Highway, is of historical significance at a LOCAL level (AHC A.4, B.2)as a rare wayside hotel associated with one of the most dazzling goldrushes in world history, and with Australia's largest goldrush. Wayside hotels are expressive of a major phenomenon of the goldrush event - unforgettable for its participants - of the trip to the diggings. The throng that pushed up Mount Alexander Road in the early 1850s was of historic proportions, and often exposed to major hardships and dangers. Wayside hotels were the most significant type of place on this road, in terms of their number (an average of about one every three kilometres on the dry Keilor Plains); their grandeur; and their associations with the colourful days of the early goldrush (including the sheer scale of the traffic, bushranging, bullockies, and Cobb & Co staging posts). At the time these hotels, including the two-storey masonry Diggers Rest Hotel, were the grandest and most dominant type of building in the rural parts of the colony. They were typically distinguished from town and goldfields hotels by their incorporation of a blacksmith for cart repair, and large stables.

The Diggers Rest Hotel is one of few surviving Mount Alexander Road goldrush wayside hotels, and an even rarer example of a purpose-built (early 1850s) goldrush wayside hotel. It is the only known surviving intermediary (situated between towns) goldrush wayside hotel on the road. It is also set apart by having been one of the few hotels identified in goldrush-era maps as a waymark of the journey to the Mount Alexander goldfields. Its undeveloped and relatively isolated setting, dominated by the double-storey hotel, preserve it as a striking representation of a goldrush intermediary wayside hotel. Although much of the rear of the hotel was substantially impacted by grading in recent years, it retains potential to provide archaeological evidence of the repair facilities (blacksmith and wheelwright shops), and also Cobb & Co stables. Its evocative name also contributes to the place as an expression of the goldrush. Its relative proximity to the headstone and grave of a journeying digger contributes to an understanding of the nature of the journey, and the role of hotels as mortuaries. Its interwar alterations and additions are historically significant as expressions of the revival of both the highway and the hotel as a result of the advent of motor traffic. This transformation almost certainly saved the hotel from demolition, which was the fate of most other wayside goldrush hotels in the early twentieth century.

The hotel is also historically important at the LOCAL level as the place after which the small township of Diggers Rest was almost certainly named.

The Diggers Rest Hotel, Calder Highway, is scientifically significant at a LOCAL level (AHC C2). The site has the potential to provide archaeological evidence that would contribute to the history of the goldrush era.

The Diggers Rest Hotel, Calder Highway, is socially significant (AHC G.1) at a LOCAL level as a place which is the recognised locally for its goldrush history, and valued as a place of recreation and community.