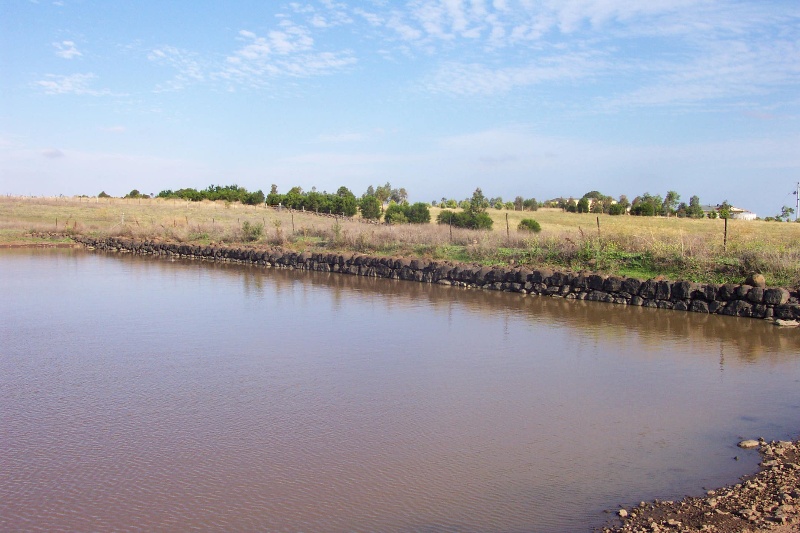 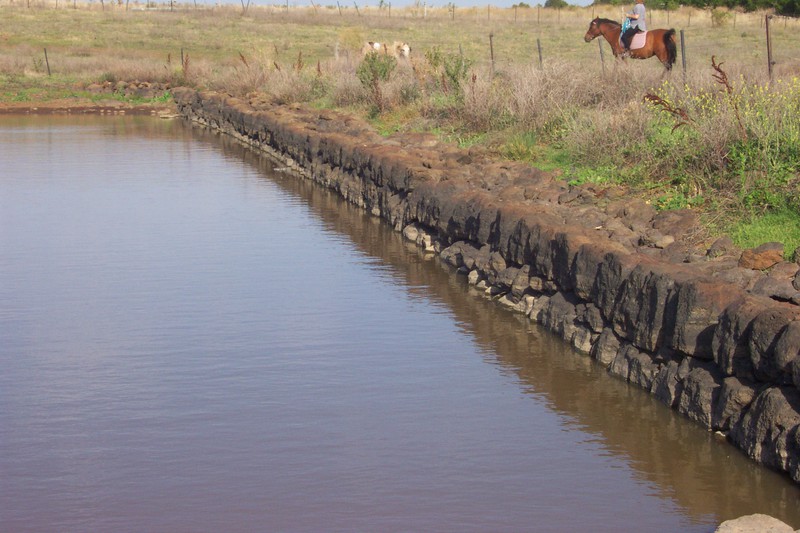 The former Rocklands dam at 131-199 Townsings Rd, Diggers Restis significant as an example of a type of dams that was constructed in nineteenth century Melton by small pastoralists and established farmers in an attempt to counteract the extremely dry local climate. Its dry-stone construction with roughly worked bluestone is also aesthetically pleasing, and an excellent example of one type of dam structure in the area.

The former Rocklands dam at 131-199 Townsings Rd, Diggers Restis aesthetically and structurally significant at the LOCAL level (AHC D2). It is a neatly constructed and highly intact dry-stone structure which uses partly shaped local bluestone and fieldstone. It is a fully functional and moderately sized dam of the area.

The former Rocklands dam at 131-199 Townsings Rd, Diggers Restis historically significant at the LOCAL level (AHC B2). It is a more moderately sized example of at least four other similar, very well built, dam structures in the Shire, three of which were built on the Clarke Rockbank pastoral estate. These dams express the importance of water in the extremely dry local climate. They may also have been related to the difficulty of excavating large 'tanks' (paddock dams) in the area, much of which has high bluestone bedrock. It is believed to have been built by William Beaty, of the pioneering Diggers Rest family that has been prominent in local affairs.

Overall, the Rocklands dam is of LOCAL significance.