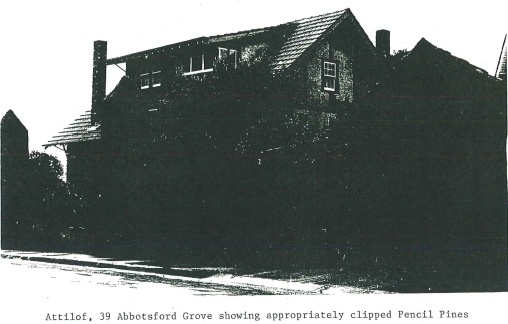 Attilof is a good example of the Arts and Crafts style bungalow type, popular in Heidelberg and Ivanhoe during the inter-War period. Substantially intact, the house is enhanced by its prominent siting, mature original garden and surviving original perimeter fence.