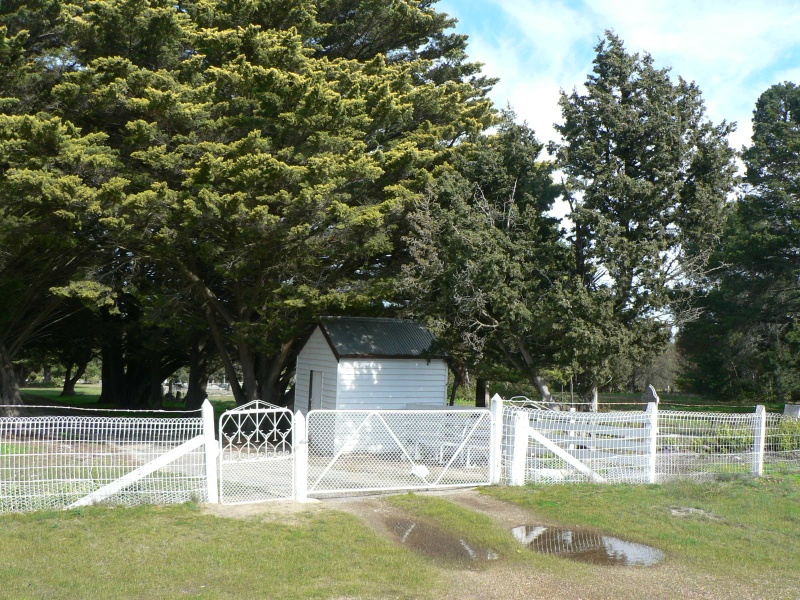 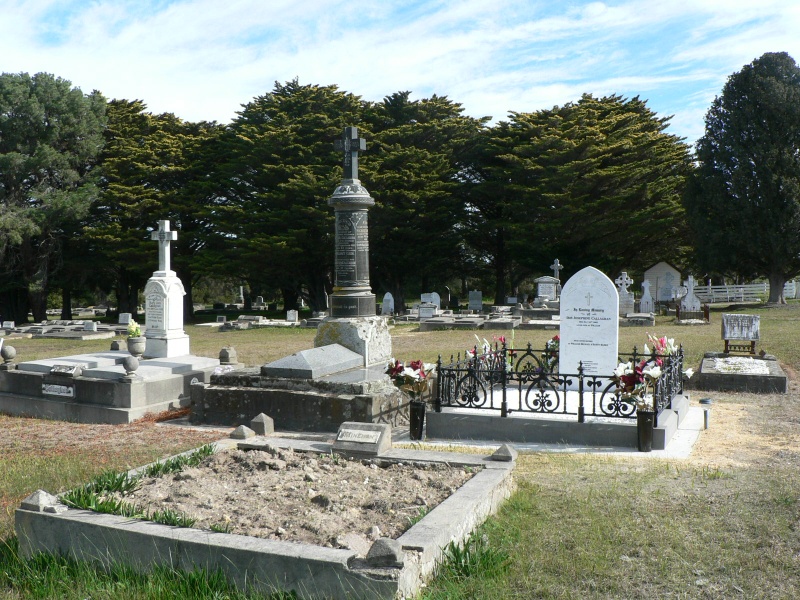 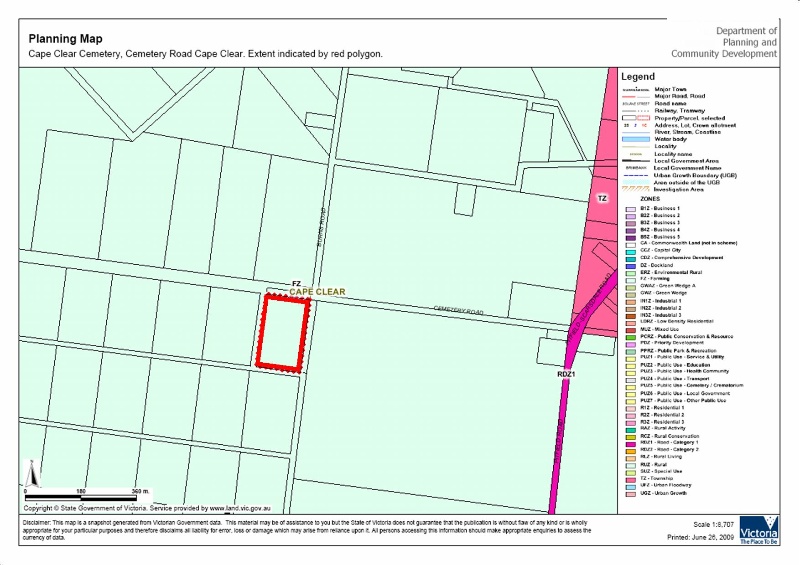 The cemetery takes the traditional form of denominational division, with remains of a formal layout, aligned to a straight path leading from the entrance. An avenue of Monterey Cypress and Golden Monterey Cypress, begin at the wrought iron gateway and extend south, finishing in the centre of the reserve. The earliest headstone dates from 1853 and marks the grave of Joseph Linton, an early pastoralist pioneer of the Linton district, of which the township takes its name. The cemetery also contains the graves of miners and local pioneering families from the Cape Clear, Hollybush, Kaleno, Pitfield Plains, Pitfield, Illabarook, Berringa, Springdallah, Wallinduc, Glenfine, Happy Valley and Western Creek districts.

The Cape Clear Cemetery is of historical, social and architectural (aesthetic) significance to the Golden Plains Shire.

The Cape Clear Cemetery is of historical significance as an enduring record of those who have lived and died in the community, as a reflection of the passing phases, ways of life and death, particular events, and as documentary evidence of the districts prosperity and hardships. The Cape Clear Cemetery is also of historical significance as a link to the township of Pitfield which was formally gazetted in 1868, in anticipation of a permanent settlement. It has a particular historical association with pastoral pioneer, Joseph Linton.

The Cape Clear Cemetery is of architectural (aesthetic) significance for its range of tombstones, memorials and iconography reflecting the aesthetics of different periods and groups within the community.