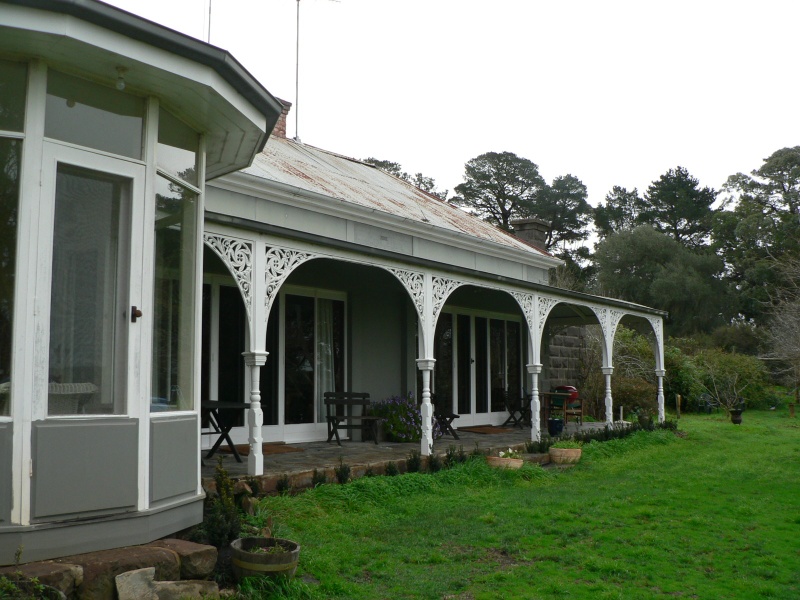 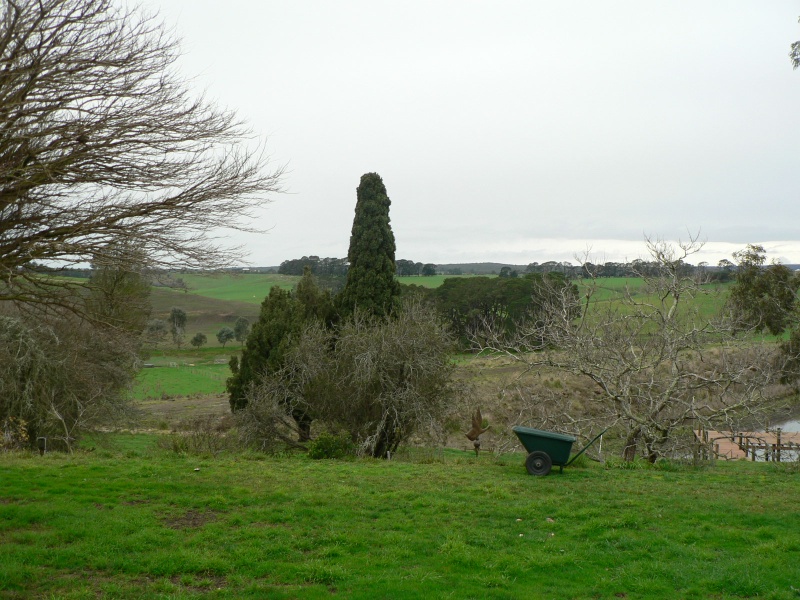 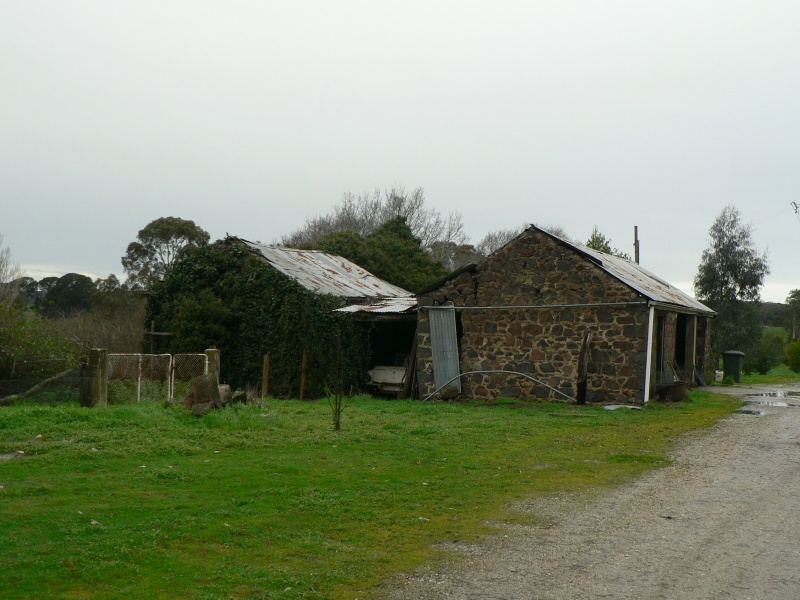 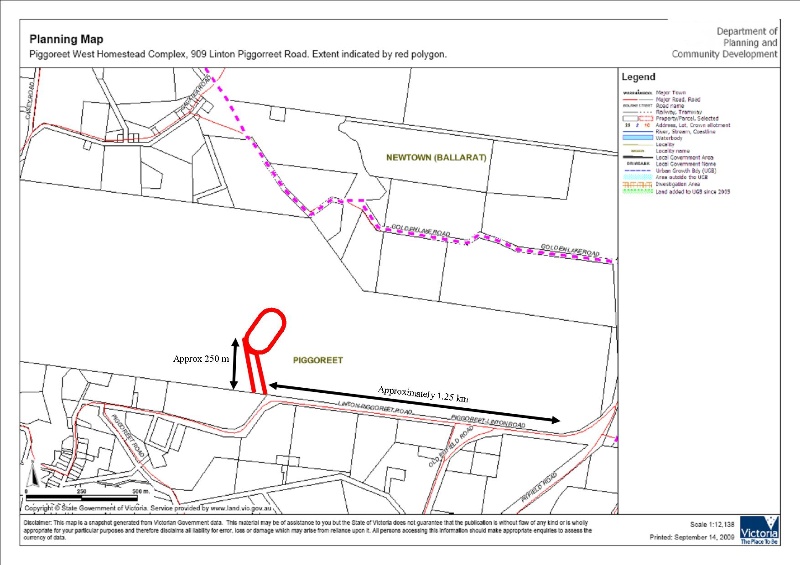 Piggoreet West Homestead complex is situated approximately 8.0 km south east of Linton on the north side of the Linton-Piggoreet Road. It overlooks the Woady Yaloak valley. The complex comprises three main structures set within a relatively rare circular garden. The symmetrical single-storey main house has three wings, the front wing being built of tuck-pointed face brick with rendered quoins and the side wings, which create a rear courtyard around a well, being built of rock-faced basalt. The exterior and interiors of the house are much altered by the post WW2 renovations and additions, although important unusual fenestration survives in parts of the rear wings. The post WW2 use of recycled timber posts and cast iron brackets for the verandah is of interest. The early appearance of the house and garden are known from several William Tibbits watercolours. The Piggoreet Run, taken up in 1838 by pastoralists John James Barlow Smythe and Henry Gibb, was among the earliest district pastoral properties. In 1848, it was divided into East and West Piggoreet. The Piggoreet West Pre-emptive Right was applied for in 1853 and secured in 1854 by Matthew Hamilton Baird, successful district storekeeper, pastoralist, and an original member of the Grenville Shire Council. But the present homestead was established by David Clarke, pioneer Scottish pastoralist soon after 1854. He died in 1886 and his descendants still occupy the property. The property has direct family associations with nearby Emu Hill and Linton Park. Some of the plantings and the layout of the homestead's circular garden survive. The stables and barn also survive intact but they are in poor condition. Modern outbuildings are not part of the significance of the place.

Piggoreet West Homestead complex is of historical, architectural and social significance to the Golden Plains Shire.