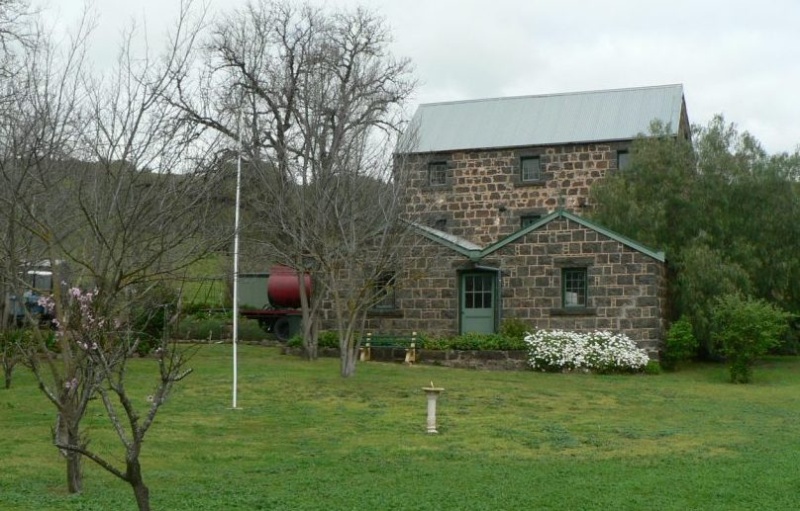 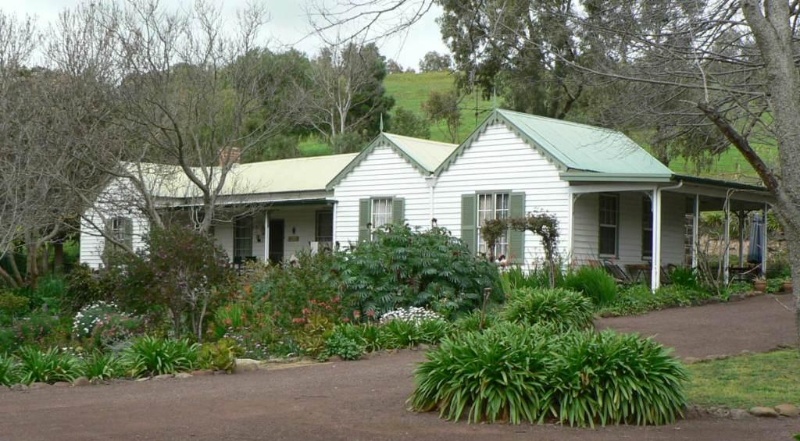 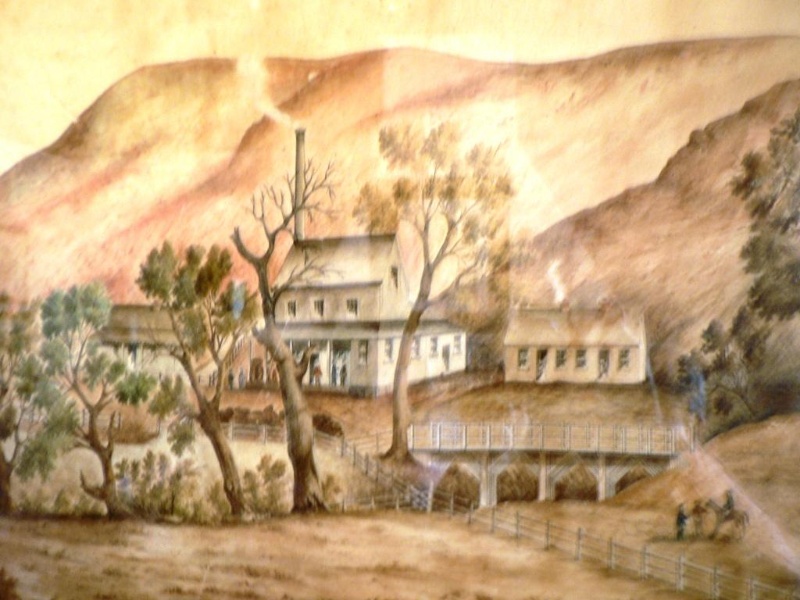 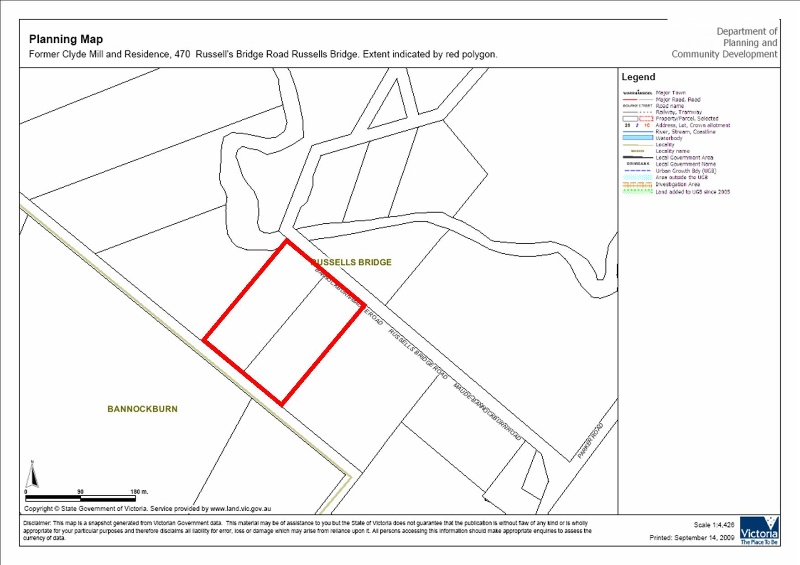 The Clyde Mill and former Manager's Residence, also known as Clydebank or Clydesville, is located on the south bank of the Moorabool River approximately 3.5 km due north of Bannockburn at a locality called Russell's Bridge. The small settlement was developed from as early as 1838 by George Russell, manager of the Clyde Company as the Moorabool outstation, part of its vast squatting holdings centered on Golf Hill. The first bridge was built in 1842 at his direction. An 1856 plan of the Clyde Company's holdings, showing existing buildings, just before a major land sale, includes the mill as well as the bridge, the outstation huts and the Clyde Hotel all of which the Company owned. In 1856, Walter Webb purchased two properties adjacent to the bridge. Later, in November 1857, Webb sold off one portion to Allan Fraser and, with Thomas Dann, a Geelong miller, began to construct a steam powered flour grinding mill. Dann claimed in 1888 that he and Webb erected the Clyde Mill and that he lived there at least until 1888. The milling and produce firm Harvey Dann & Co. Pty Ltd continued in Geelong until 1987. Whether for Russell or for themselves, the partners developed a substantial stone building to house the machinery, ordered from England by Webb. Flour milling was one of the fundamental food processing industries in the colony and, in its early days, had to be located close to where wheat was grown and water was available for power. By the late nineteenth century, flour milling was focused in the western suburbs of Melbourne close to railway line which brought wheat from distant centres in the newly opened Wimmera/Mallee. As well as a three-storied mill, there was an office, a boiler house with a brick chimney, a house and a number of sheds. The Moorabool River provided water for the steam boiler, which a new owner, Bird installed in July 1859. Bird held the property until December of that year and then sold it to William Hannam. The mill apparently continued to work until the final death throes of the nearby Steiglitz goldfields at the turn of the century, although from time to time over the next few years, local farmers were able to mill their flour. The mill gradually fell into disrepair. In 1937, William Hannam sold it to Thomas Gent, who was owner until 1962. There were a number of other owners until 1978, when the property was purchased by the current owners who undertook major repairs and renovations. Today, most of the mill and manager's residence remain. The old mill, which has clearly changed over the years including the loss of equipment and lean-tos and other additions, is now used as a storage facility and the manager's residence as a private residence. The vernacular house has been extended several times but retains its simple form and humble scale unembellished after the decline of the milling business. While the intactness and integrity of both buildings are compromised both are in very good condition. Of interest is the early forged iron cooking equipment in the former kitchen hearth. There is a mature garden which complements the structures.

The Clyde Mill and former Manager's Residence is of historical and architectural significance to the state of Victoria.

The Clyde Mill and former Manager's Residence is of historical significance as one of the few surviving examples of an early and substantial steam flour mill, a type of food processing which was essential to the colonial economy. It is significant for its associations with the district generally and specifically the nearby gold field of Steiglitz. It is of particular significance for its historical associations with the Clyde Company and George Russell, at least indirectly, and the Geelong miller, Thomas Dann. It is of architectural significance for its traditional form which still demonstrates the industrial processes once used for milling and for the vernacular residence of the manager.