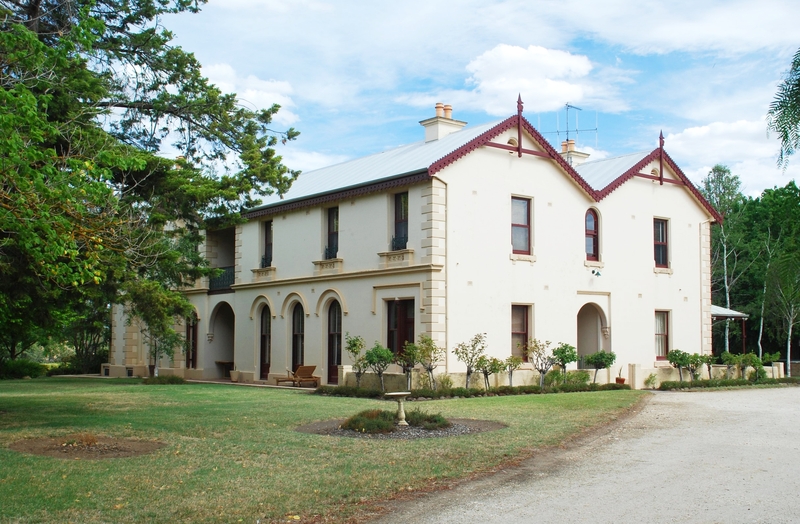 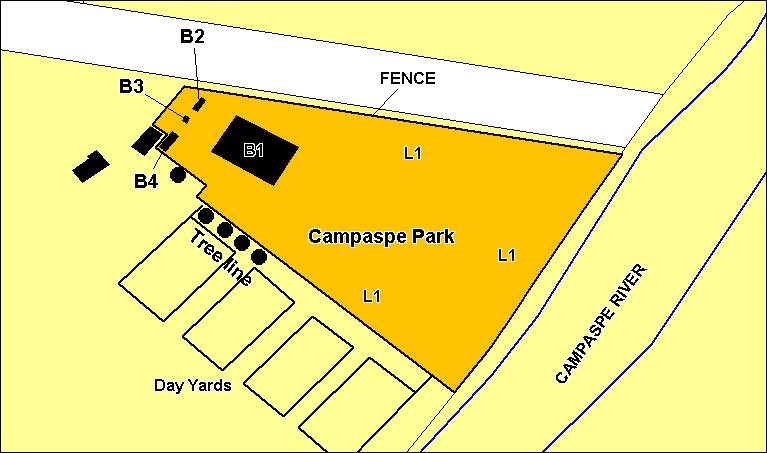 What is significant?
Campaspe Park is a large two storey homestead sited on the west bank of the Campaspe River. It was built in two phases, the first probably in the early to mid 1860s, the second in the early 1890s. No architect has been identified for either phase.

The house was built for Thomas Robertson, son of James Robertson, a squatter who took up the Campaspe River run in 1847. After Thomas inherited the run in 1853, it amounted to about 48,000 acres of pasture extending from Elmore in the north to Barnedown in the south. The pre-emptive right of 640 acres and the original home station were located on the east bank of the Campaspe River, but Robertson built the current house on the opposite bank on freehold land he acquired in 1862.

The house is constructed of brick, stuccoed over. The front of the house, facing towards the river, is in a distinctive pattern-book style, similar to examples published in the 1850s by J C Loudon or Francis Goodwin. It incorporates elements of the Gothick, Italianate and classical styles. The buttressed porch with pinnacles, drip moulds, narrow windows to the side elevations with concave reveals, quatrefoil motifs and intricate fretted bargeboards create a distinctive and individual appearance for the house.

Internally, the most unusual room is the master bedroom, finished in the Gothick style complete with shallow recesses framed by depressed pointed arches, a coffered ceiling, corbels, bosses, a distinctive and unusual ceiling rose and plaster representations of various flowers, including thistles, set into the cornice.

The hallway contains four small wall paintings, executed with a high degree of skill and detail by an unknown artist at an unknown date. The paintings, surrounded by elaborate painted frames, depict nautical scenes, possibly of Scotland.

Throughout the house there is a variety of decorative finishes, including a partially revealed faux marble scheme in the hallway and later pressed metal ceilings. The cellar area, fitted out for servants, contains two rooms with a fireplace and lath and plaster walls and ceilings. The later rear wing of the house, in a sympathetic style to the original section and linked via a breezeway, contains a billiard room and additional bedrooms.

In the grounds there are three notable outbuildings, being the laundry, smoke house and stables with coach house. They are constructed of brick and are stuccoed over. Their date is not clear, although the use of Tupper and Co galvanised iron tiles on the stables could date this building as c1857, when these tiles are first known to have appeared. However it is quite possible that the stables are later and that the tiles were recycled from an earlier building. The coach house ceiling is constructed from bark sheets.

The garden, in a picturesque position extending from the house to the river, incorporates an unusual fountain, possibly dating from the 1890s, constructed of local basalt mortared with cement. The garden plantings include four palms (Phoenix canariensis), a rare Jubaea chilensis, and a golden privet hedge.

How is it significant?
Campaspe Park is of architectural, historical and aesthetic significance to the State of Victoria.

Why is it significant?
Campaspe Park is architecturally significant as an unusual and distinctive example of a pastoral homestead, which skilfully combines the pattern book influences of the classical, Italianate and Gothick styles to produce a distinctive and picturesque country villa.

Campaspe Park is historically significant as one of the grandest pastoral homesteads in the Bendigo region. It is significant for its associations with the Robertson family, one of the early pastoral families in the region. The house has a high degree of structural integrity that allows an understanding of planning for servants and master, and in particular is notable for the well-preserved servant rooms beneath the front of the house.

Campaspe Park is of aesthetic significance for the quality of the hallway paintings. The paintings have been predominantly revealed from beneath later decorative layers of paint, and potentially could be fully restored. The paintings possibly date to the construction of the house in the 1860s, making them an early surviving example of naïve painting. They are unusual in the context of Victorian decorative taste. The iconography of the paintings is not yet understood but they clearly have a personal theme specific to the Robertson family.

The garden is aesthetically significant for its picturesque location on the edge of the Campaspe River. The form of the fountain, with its grotto-style character, is unusual.