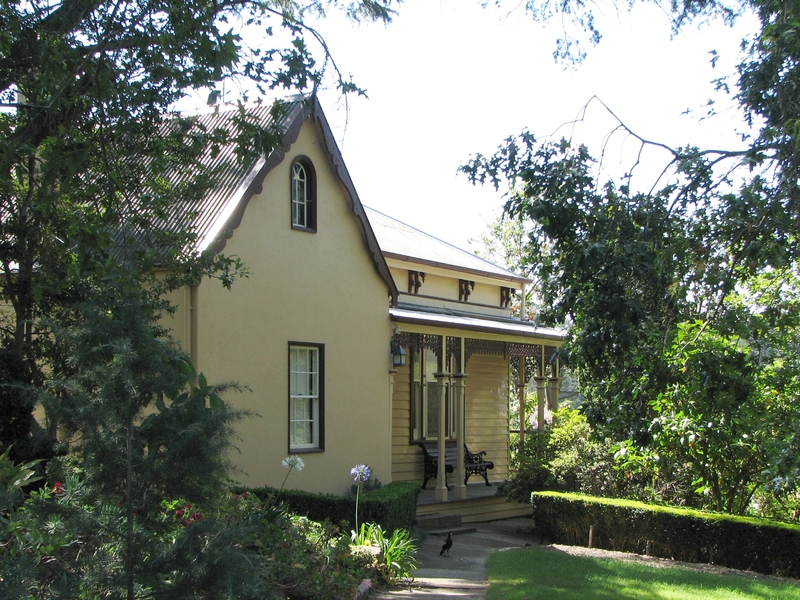 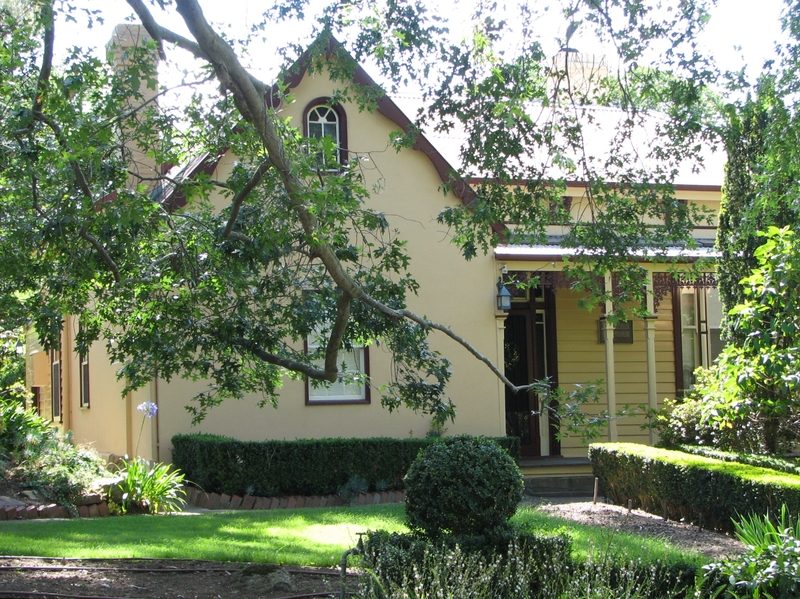 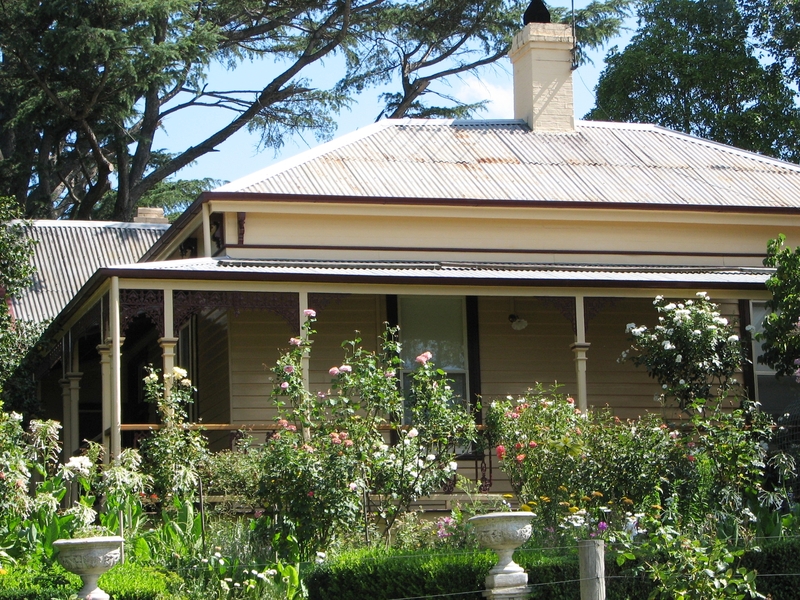 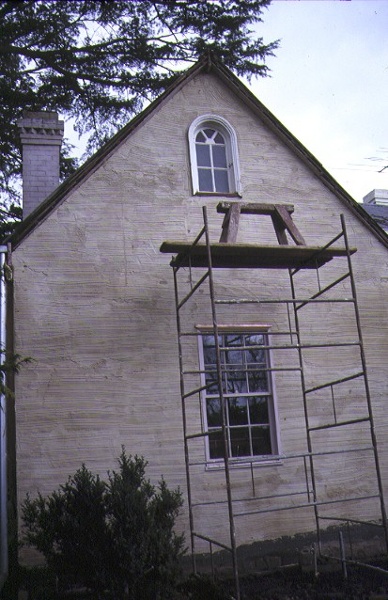 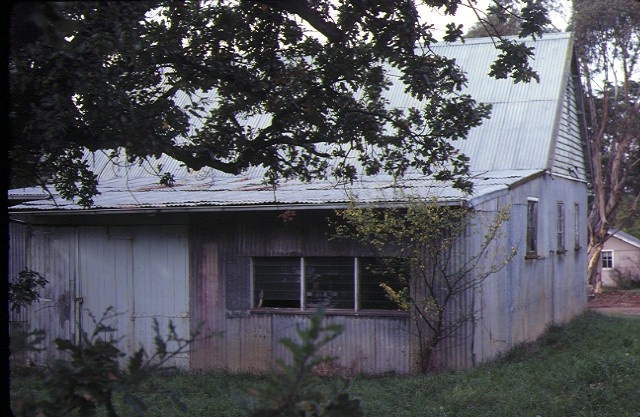 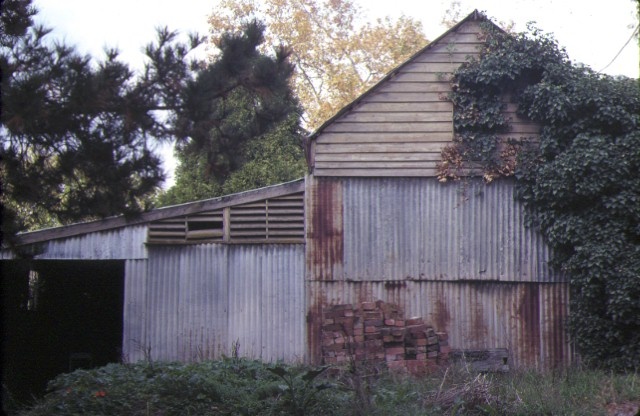 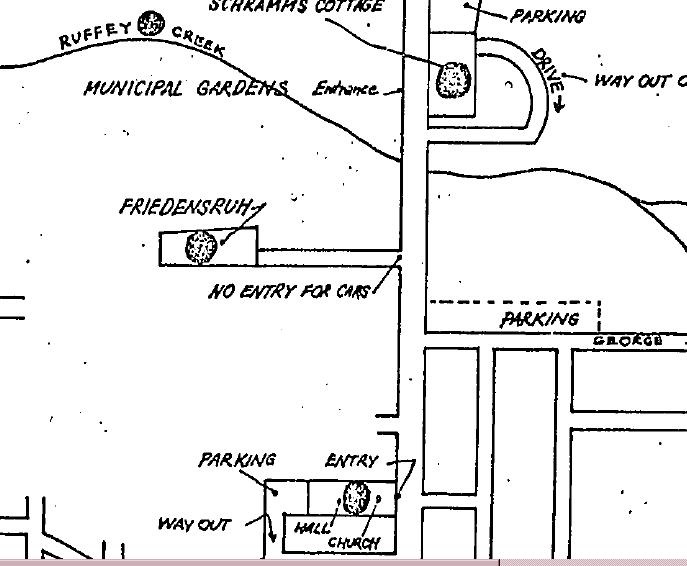 What is significant?
Friedensruh, dating from 1853, is probably the oldest surviving house in Doncaster. It was the home of the Thiele family, who played a prominent role in the settlement of the Doncaster district. Johann Gottlieb Thiele arrived in Victoria from Germany in 1849 with his wife and two young children. He set up as a tailor in Bourke Street, one of his customers being Lieutenant-Governor La Trobe. After some success on the goldfield he bought a property on Ruffeys Creek at Doncaster, which he called Friedensruh. Nine more children were born at Doncaster, and several of the family graves are in the cemetery of the nearby former Lutheran Church. The area became a centre for a German settlement, later called Waldau, remembered now in the name of the street leading to the house. The family initially produced wheat, dairy products and berries, which they sold at the Eastern Market in Melbourne. They later developed an orchard, which became one of the first commercial orchards in an area which by the late nineteenth century they had helped to establish as the most important fruit-growing area in the state. Gottlieb Thiele also played a prominent role in the history of the Lutheran Church in Victoria. The earliest house at Friedensruh was built in 1853. Soon after this, Gottlieb's brother Gotfried, a stonemason, built a stone walled fruit cellar and packing room nearby. As the family and the orchard business grew the house was extended and new outbuildings erected, including a barn or packing shed, stables and implement sheds. Many of these were built in the off-season by the family and their workmen, using local materials and simple construction methods.

The house at Friedensruh was built in several stages. The first section, built in 1853, was a two-room wattle and daub hut with an attic in the gable roof which was lit by an arched window in the gable, and with a detached kitchen. In the mid 1850s three rooms, a drawing room, bedroom and kitchen, were added to the house. In 1898 a large new kitchen and a bathroom were added at the rear of the house, with a passage connecting them to the house, and a verandah was added around the 1850s addition. At about the same time the walls of the earliest section were stuccoed and the shingles covered with iron. Outbuildings include a weatherboard barn or packing shed, thought to have been built in the 1870s. It has a stone lined fruit cellar at one end, a storage loft in the roof, and once had an external platform for mixing sprays, a feature once common in the district. Additions were made to this building in 1928 and 1950s, for fruit washing and handling, as the orchard business grew. The original part of the stables was a weatherboard building with a hay loft in the gable, a brick floor, and a men's room at the end separated from the stable by mud walls. A skillion, buggy shed and cow shed were added later. In about 1915 a sleep-out with fly-wire walls was built, associated with the contemporary awareness of the value of fresh air. The gardens retain some of the early plantings, such as a Black Mulberry, Morus niger, a Himalayan Cedar, Cedrus deodara and a Pin oak, Quercus palustris. The remains of a very early dam, which once provided water for the orchard, are nearby.

How is it significant?
Friedensruh at Doncaster is of historical and architectural significance to the State of Victoria.

Why is it significant?
Friedensruh is of historical significance as an outstanding and rare surviving example of a pioneering orchard complex, which grew during the nineteenth and early twentieth century as the Victorian fruit industry, and the fruit export industry, grew. It is significant as a reminder of the Thiele family, who were among the first German settlers in the region, and who made an important contribution to the history of both the Lutheran Church and of the fruit-growing industry in Victoria. It is significant as a survivor of the 1850s German settlement of Waldau, one of several German settlements around Melbourne in the nineteenth century. Friedensruh, together with the nearby Schramm?s Cottage and former Lutheran cemetery, form the last tangible evidence of the settlement of Waldau. The former Thiele orchards along Ruffeys Creek are now a park, which preserves some of the original rural environment of the property.