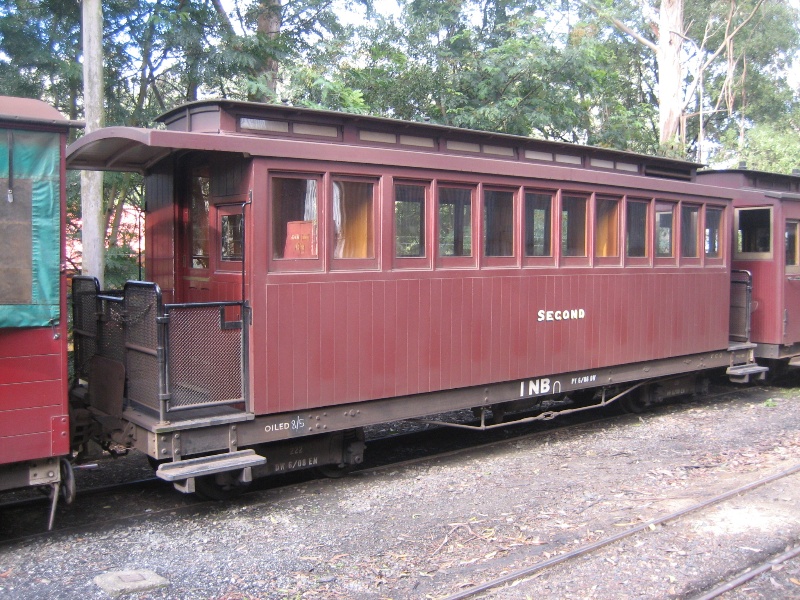 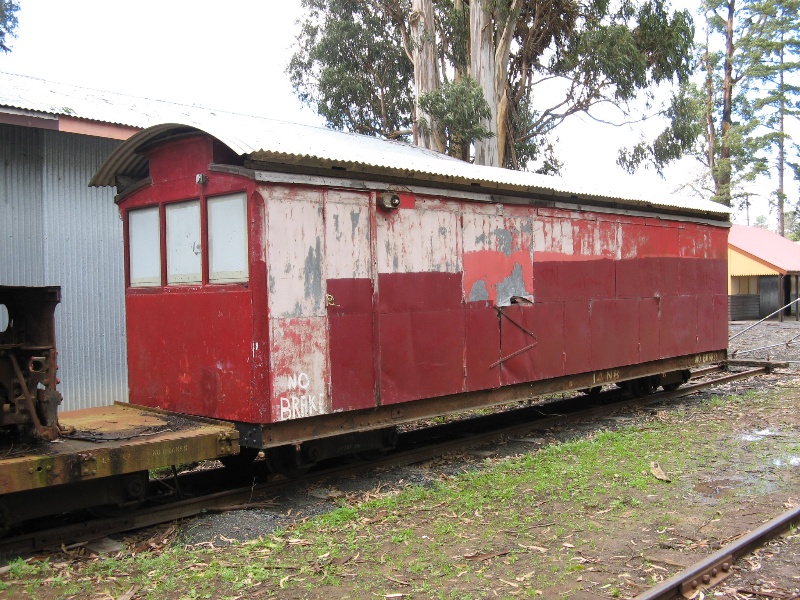 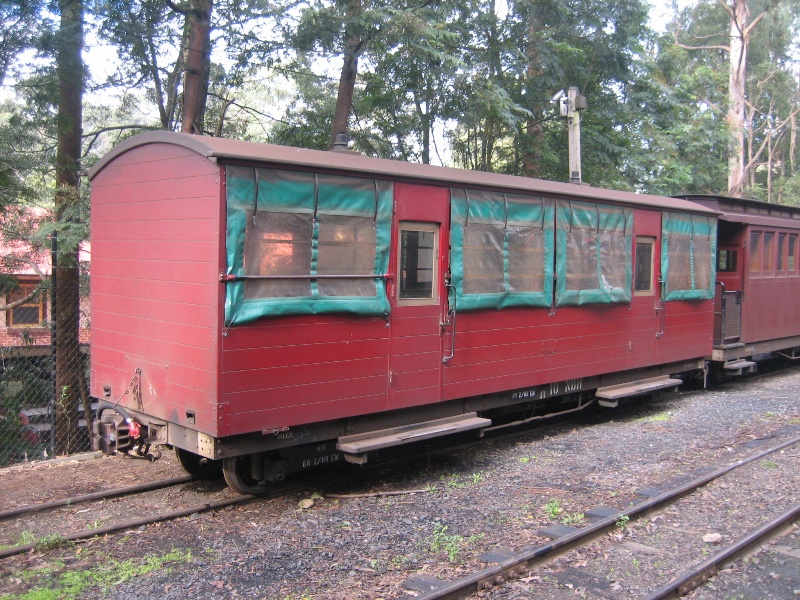 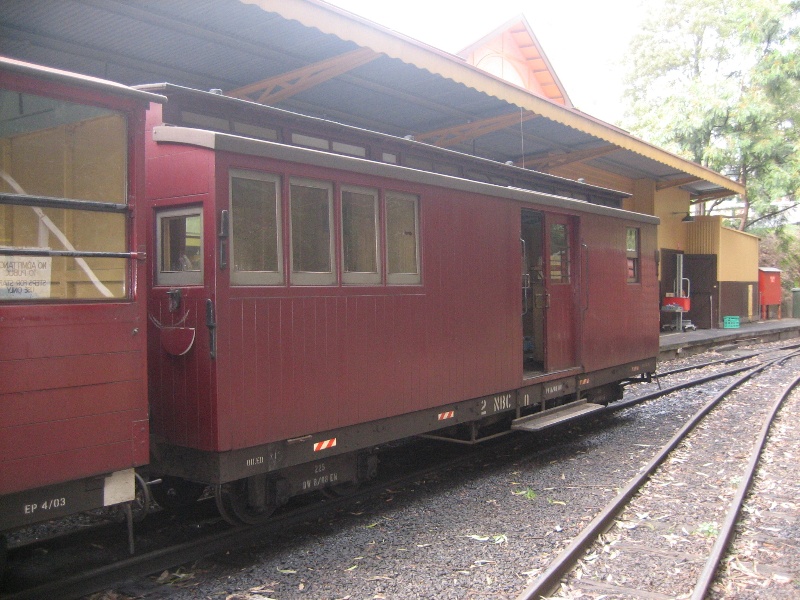 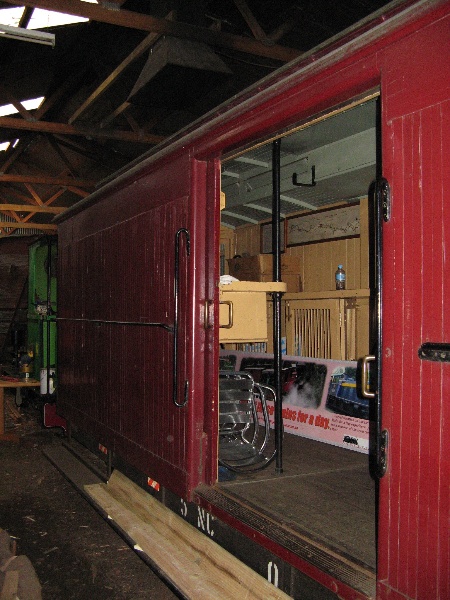 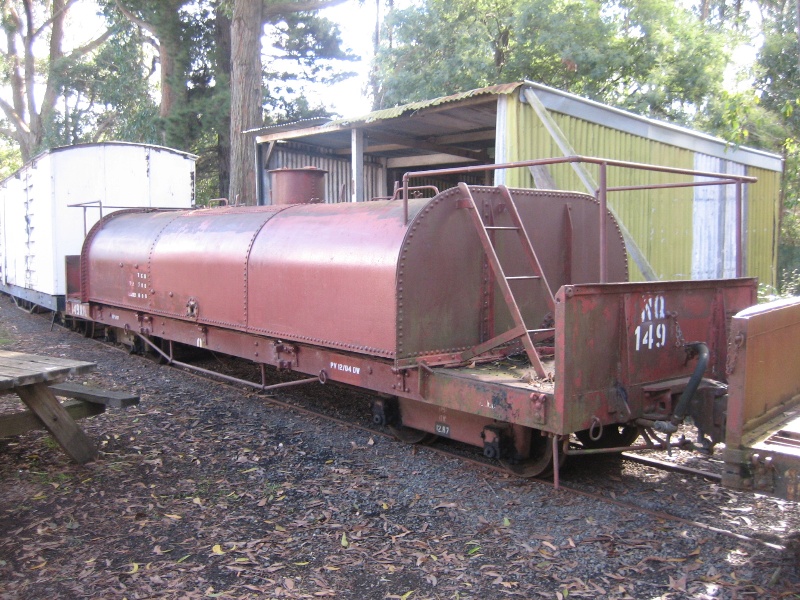 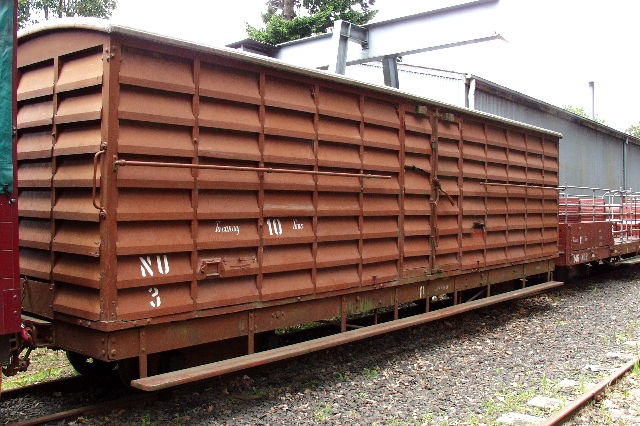 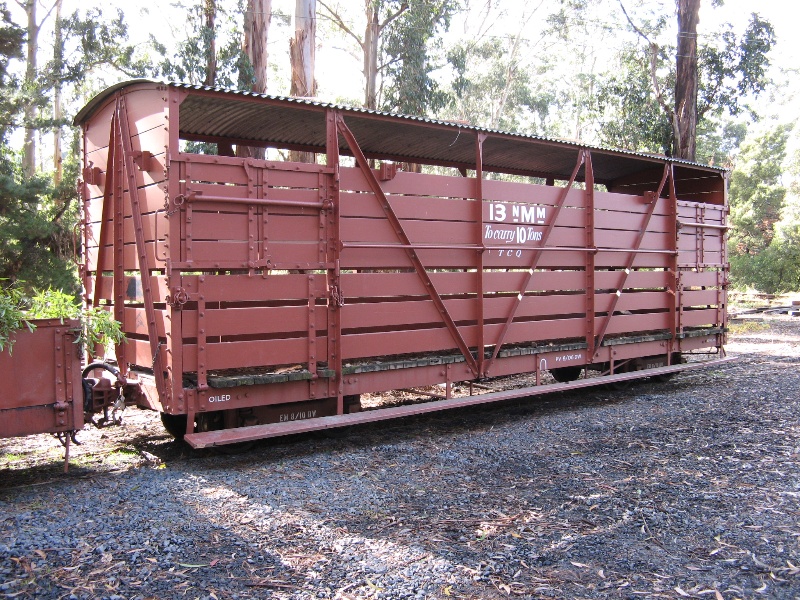 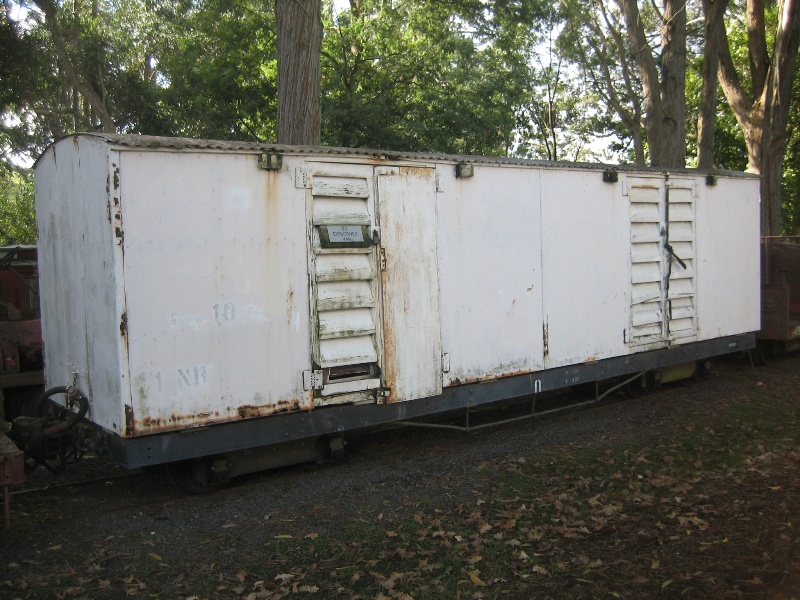 What is Significant
The Puffing Billy Rolling Stock Collection consists of three locomotives, six carriages and six other assorted vehicles designed for use on the Victorian Railways narrow gauge lines. The items were built between 1898 and 1926. The majority of this collection was associated with Victoria Railway's operation of the Upper Ferntree Gully to Gembrook line. Other items were used on narrow gauge railways elsewhere in Victoria. The collection is located at various sites within the Puffing Billy Railway and is still in use.

Victorian Railways up until 1899 were wholly operated on broad gauge lines but the promise of cheaper construction costs, particularly in difficult terrain, made narrow gauge lines attractive to the colonial government which was seeking to extend its railways into some of the colony's more mountainous area. However narrow gauge lines were strenuously resisted by railways administration who argued that despite the perceived economy of their construction, they were generally uneconomical to run due to their limited carrying capacity and their incompatibility with broad gauge infrastructure which necessitated transhipping goods.

Despite this resistance four narrow lines were commissioned. The first to be constructed was the Wangaratta to Whitfield line which opened in March 1899 followed by Ferntree Gully to Gembrook in December 1900, Colac to Beech Forest in March 1902 and the Moe to Walhalla line in May 1910. As predicted they all ran at a great financial loss and were systematically closed down from the mid 1950s.

General settlement in the Dandenongs occurred in response to selection in the 1870s followed by a further influx of people in the 1890s. The land was steep and heavily timbered posing difficulties for both agriculture and transport. The Upper Ferntree Gully to Gembrook Line was opened initially to provide transport for farmers and timber millers in the area and brought economic benefit particularly in more remote locations through access to markets for goods that previously had been too difficult to transport.

Access to the Gembrook line at Upper Ferntree Gully from the metropolitan broad gauge line opened the area along the route to weekend day trippers who were catered for after 1911 on tourist excursion trains. Apart from occasional trips on the Colac to Beech Forest line, the Gembrook line was the only line to have this service. The height of its popularity as a tourist activity occurred during the First World War but continued to be a popular attraction.

Following the closure of the line in April 1954, public pressure resulted in the section between Upper Ferntree Gully and Belgrave being temporarily opened for tourist traffic until February 1958 when that section was finally converted to broad gauge and electrified as an extension of Melbourne's suburban rail network.

The Puffing Billy Preservation Society (PBPS) was formed on 8 June 1955 to support the ongoing operation of the railway as tourist line. The line between Belgrave and Menzies Creek was reopened by the PBPS in July 1962 which was followed by the extension of the line to Emerald in July 1965 and eventually to Gembrook in October 1998. The 1920 styled Belgrave station building was constructed in 1991.

The Emerald Tourist Railway Board was created by an Act of Parliament on 1 October 1977 (The Emerald Tourist Railway Act 1977) with the responsibility for the "preservation, development, promotion and the maintenance of the narrow gauge steam railway (known as Puffing Billy) and for the operation management and control service thereon...for public recreation purposes". The Board owns and controls the Puffing Billy assets. Prior to the creation of the board and the implementation of the Act, the assets were owned by the Victorian Railways.

How is it Significant
The Puffing Billy Rolling Stock Collection is of historical and social significance to the State of Victoria.

Why is it Significant
The Puffing Billy Rolling Stock Collection is of historical significance as a collection of Victorian Railways locomotives rolling stock that operated on Victorian narrow gauge from 1899 to 1962.

The Puffing Billy Rolling Stock Collection is of historical significance for its role in the history of tourism in Victoria.

The Puffing Billy Rolling Stock Collection is of social significance for its connection to the Puffing Billy Tourist Railway, visited by thousands of Victorians annually. This was demonstrated in the groundswell of public support which led to the continued running of Sunday tourist services from Upper Ferntree Gully to Belgrave from the time of the closure of the line in 1954 to 1958 and in the operation of the Puffing Billy Railway from 1962 to the present.