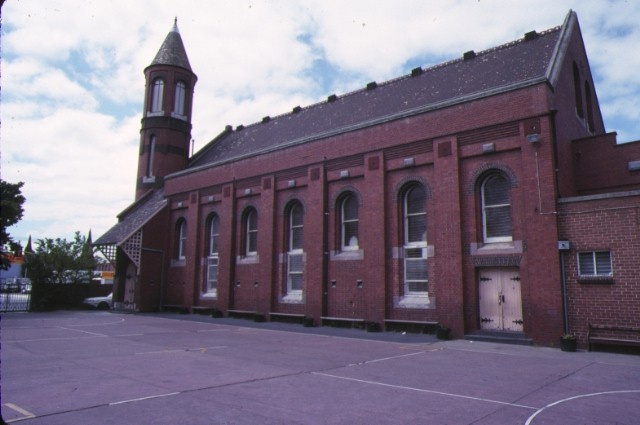 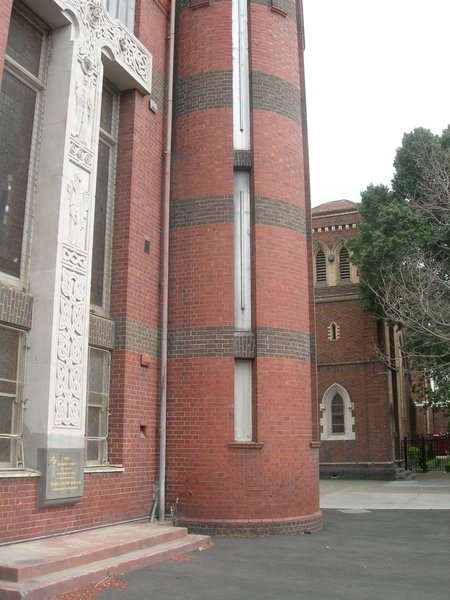 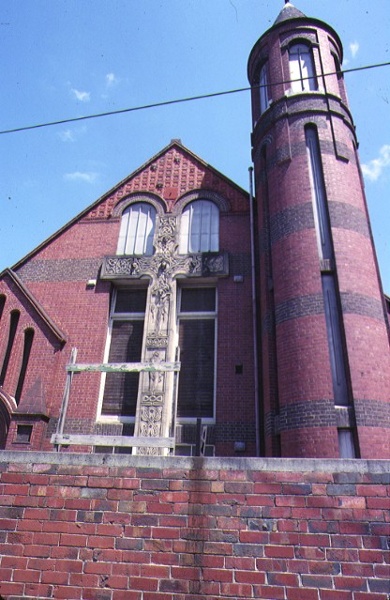 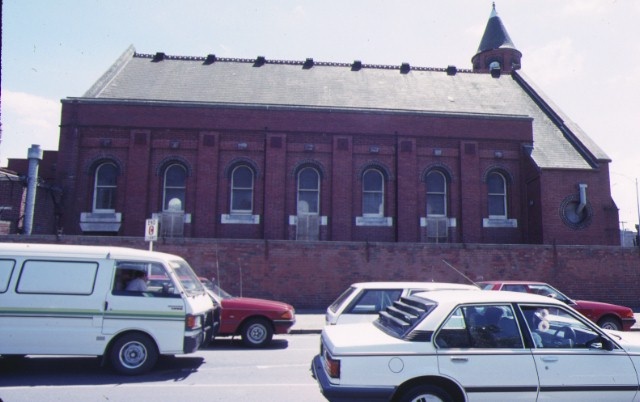 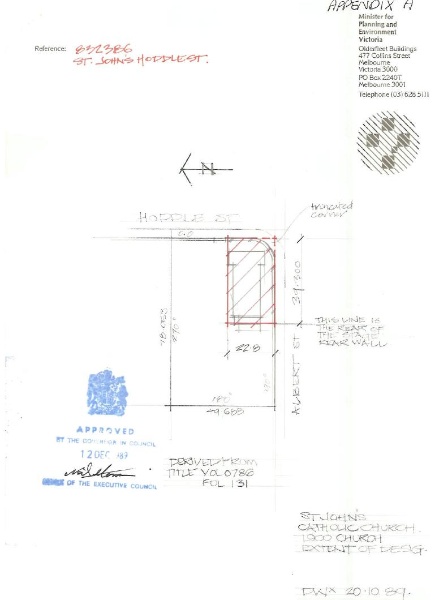 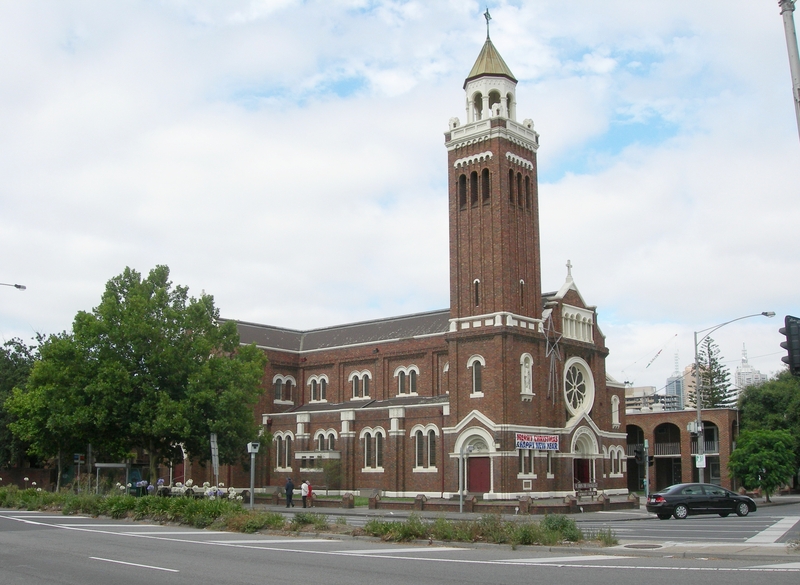 St John's Church, the second church within the St John's complex, was built in 1900 to the design of architects McCrae and O'Toole. It is an idiosyncratic interpretation of the Romanesque style, built in red brick. The main facade is asymmetrical and incorporates a 10 metre high Celtic cross, pressed terracotta panels in the gable with representation of the stars of the Southern Cross, and a 26 metre high round tower with conical roof. The cross is of Stawell stone and weighs 21 tons. It portrays the head of Christ at its centre, surrounded by the four evangelists in full-relief. Below are full-length bas-relief portraits of St John and St Patrick. The remainder of the cross is carved with Celtic runes. The designer of the cross is not known.

St Johns Church is of architectural and historical significance to the State of Victoria.

St John's Church is architecturally significant as a highly unusual expression of the Romanesque style. The Arts and Crafts mode of design, as expressed at St John?s Church by the architects McCrae and O'Toole, is rare in churches in the State of Victoria. The use of pressed terracotta was unusual in church decoration at the turn of the 20th century and was more commonly favoured in secular buildings.

St John's Church is also the only known Victorian work of the architects McRae and O'Toole.

St John's Church is historically significant for its expression of Irish and Australian nationalist sentiment at the time of Federation, and as a distinctively Irish interpretation of the Romanesque style of the Roman Catholic Church. The round tower was claimed to be a replica of the entrance to King Cormac's Chapel built in 1137 on the rock of Cashel in Tipperary.