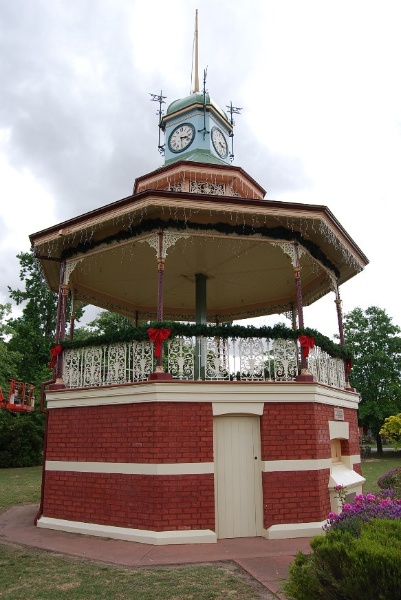 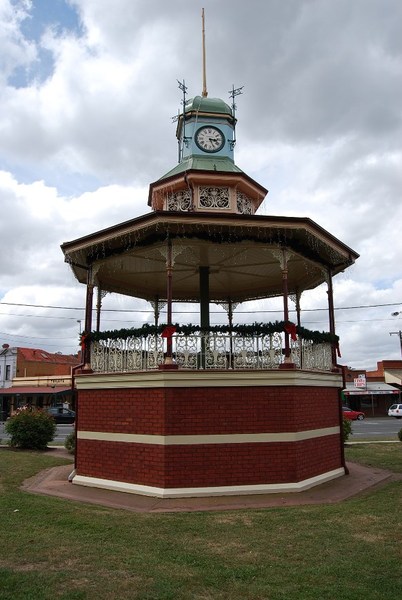 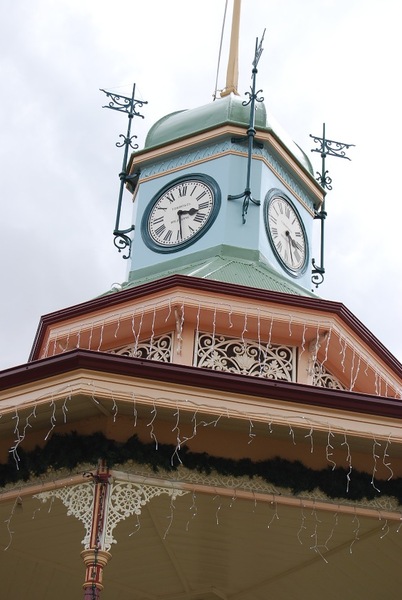 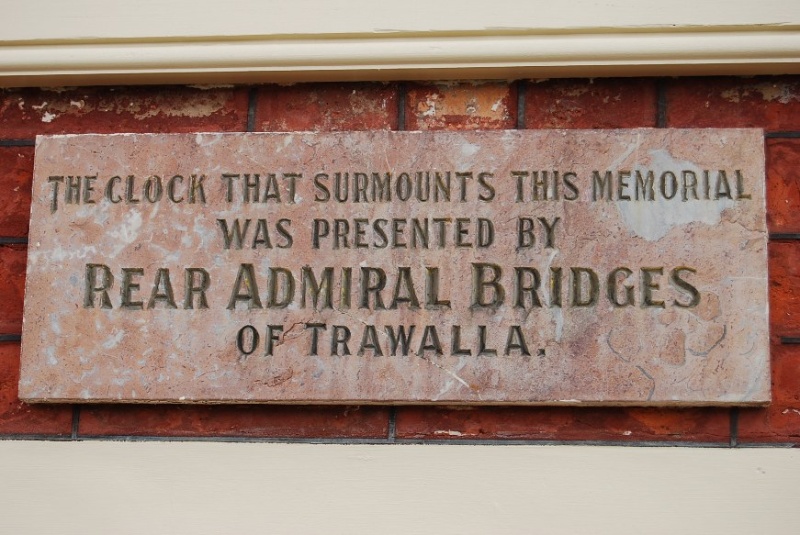 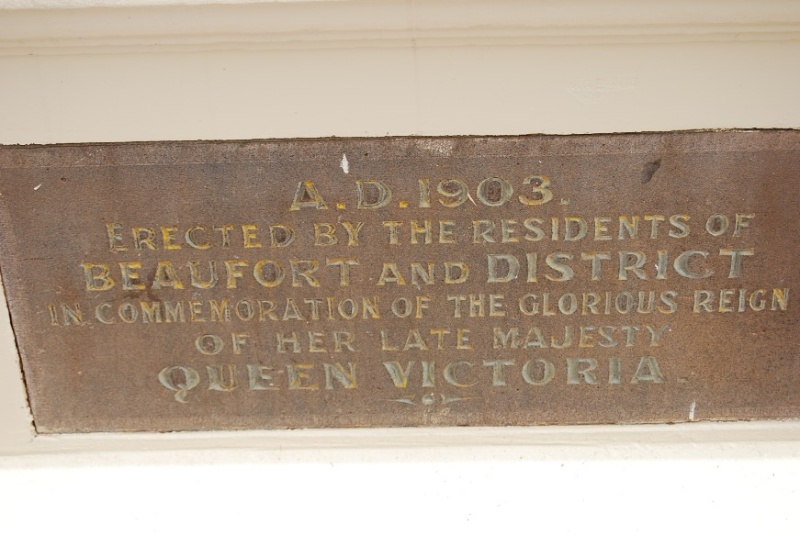 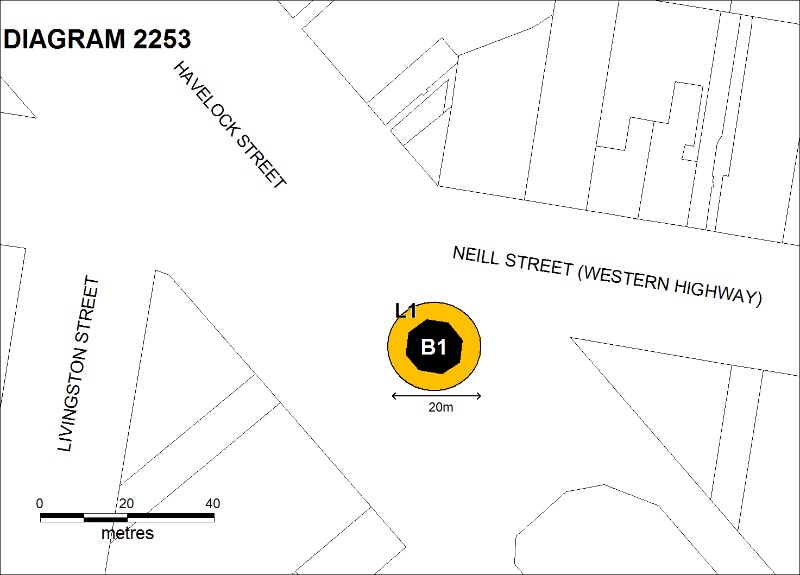 The Beaufort Band Rotunda was designed by the Ballarat architectural firm Clegg & Miller and built by Stevenson Brothers in 1903 for a cost of about £300. The Beaufort Brass Band had until then played in the local hotel, but the band decided that a rotunda could serve for rehearsals and performances as well as being an adornment to the town. The site chosen was occupied by the local weighbridge, which had operated in the main street since 1874. A competition with a prize of five guineas was held for the design of the bandstand. A new weighbridge office was to be located in the brick base, adjacent to the weighbridge platform, and Rear Admiral Bridges, the owner of Trawalla, a local pastoral property, agreed to donate a clock to be placed on the top. Queen Victoria had died in 1901, and it was decided that in addition to its practical function the bandstand should also act as a monument to her memory. The rotunda was opened in December 1903 by the Lord Mayor of Melbourne, Sir Malcolm McEarchen, and Lady McEarchen started the clock. Sir Malcolm noted in his speech that the rotunda was the first memorial erected in Victoria to the memory of the late queen.

The Beaufort band rotunda is an octagonal structure with a brick base decorated with rendered bands, which once housed the weighbridge office and the stairs leading to the upper level, and above this a band platform of timber and cast iron with a corrugated iron roof. The base is simply designed but the upper level where the band played is very ornate, with decorative cast iron pillars, balustrade and brackets. Above is an octagonal cupola with decorative cast iron vents surmounted by a dome-roofed square clock tower with clock faces on each side and decorated with iron finials at each corner, and surmounted by a flagpole. The foundation stone is inscribed: 'A.D. 1903. Erected by the residents of Beaufort and district in commemoration of the glorious reign of Her Late Majesty Queen Victoria'. Another inscription reads: 'The clock that surmounts this memorial was presented by Rear Admiral Bridges of Trawalla'. The building has been restored and repainted with its original colours.

The Beaufort Band Rotunda is of architectural and historical significance to the state of Victoria.

The Beaufort Band Rotunda is architecturally significant as an outstanding example of an early twentieth century band rotunda. It is one of Victoria's most elaborate rotundas, unusual for the incorporation of elements of various styles: Federation in the base, Art Nouveau in the cast iron decoration, and Edwardian Baroque in the clock tower. It is the only known example in Victoria of a band rotunda with a clock tower, and is notable for its original secondary function, as the local weighbridge office.

The Beaufort Band Rotunda is historically significant as one of the first memorials built in Victoria following the death of Queen Victoria in 1901, and was said at the opening ceremony to be the first such memorial in Victoria. The elaborate structure reflects the importance of such structures in the social life of Victorian towns in the late nineteenth and early twentieth centuries, and has served as the focal point of musical and other cultural activities in the town since 1903.