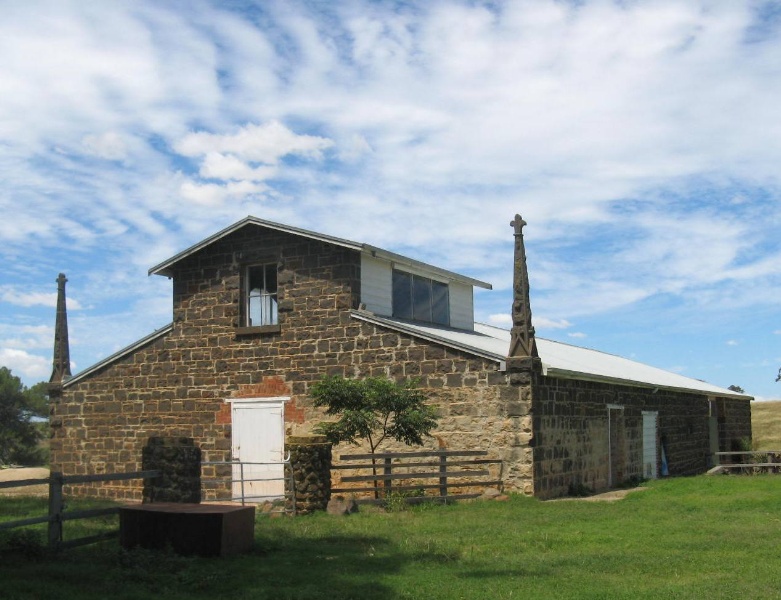 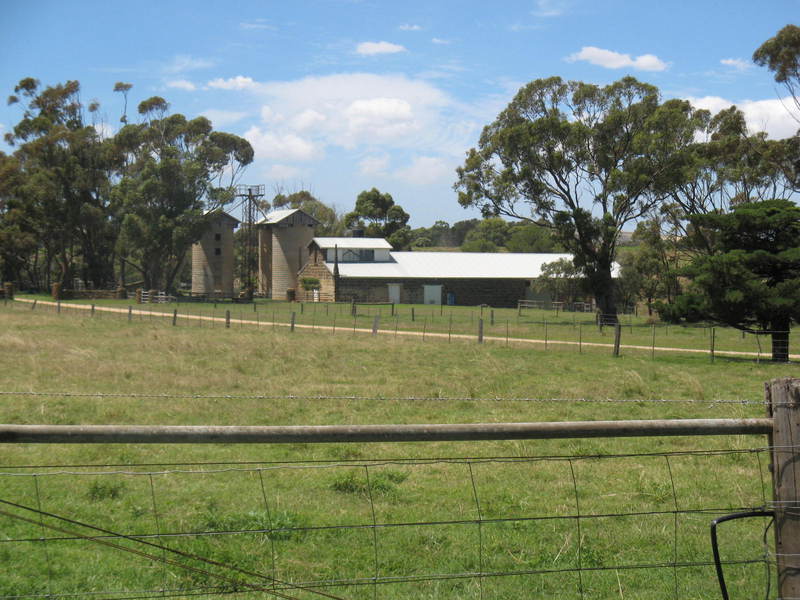 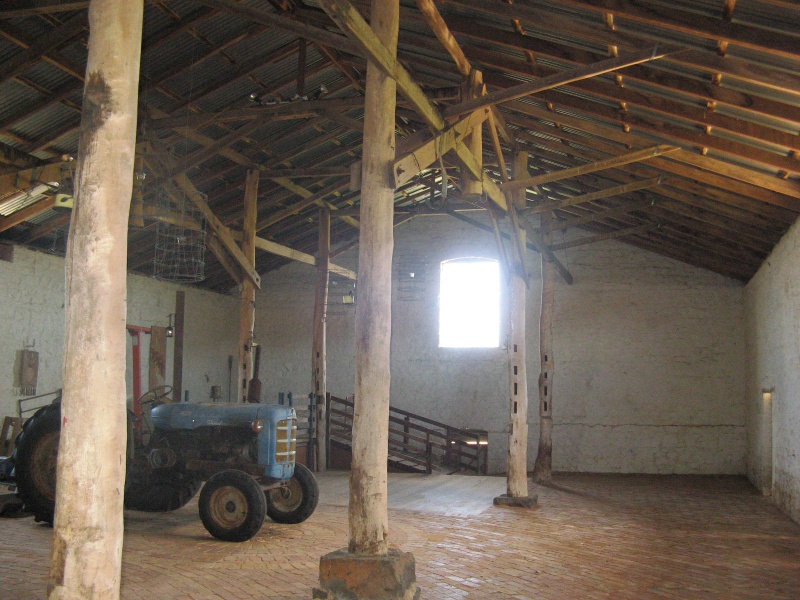 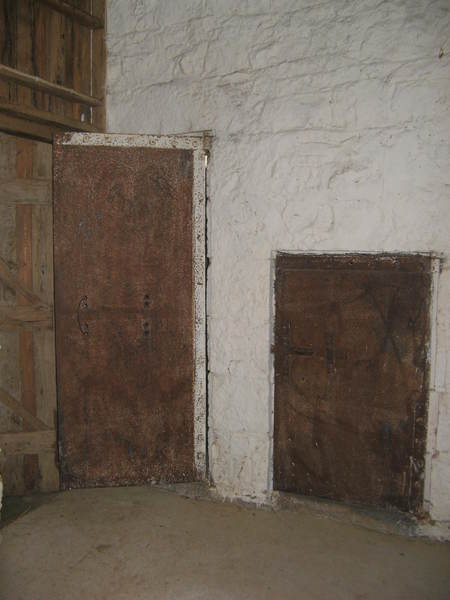 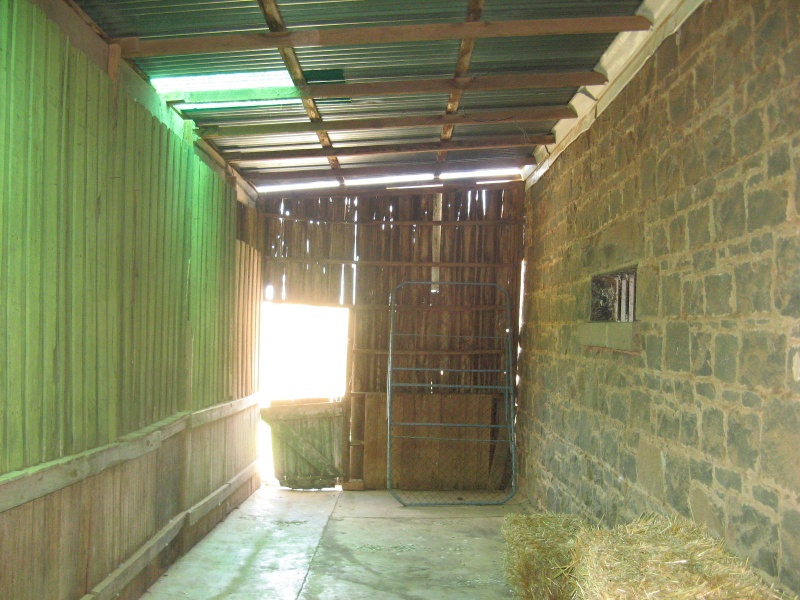 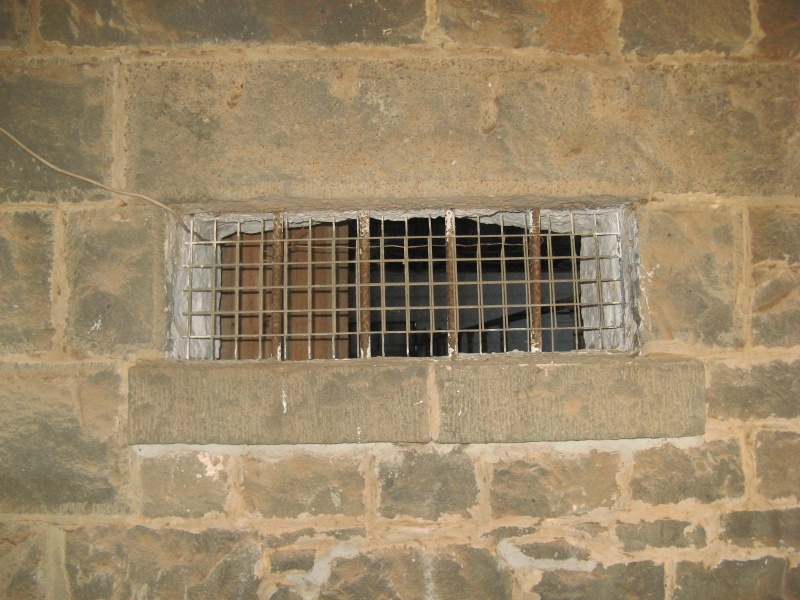 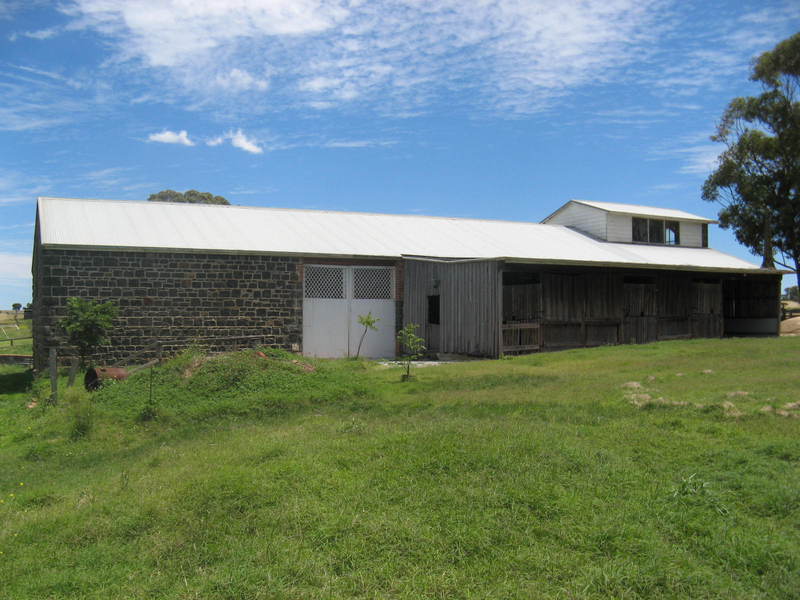 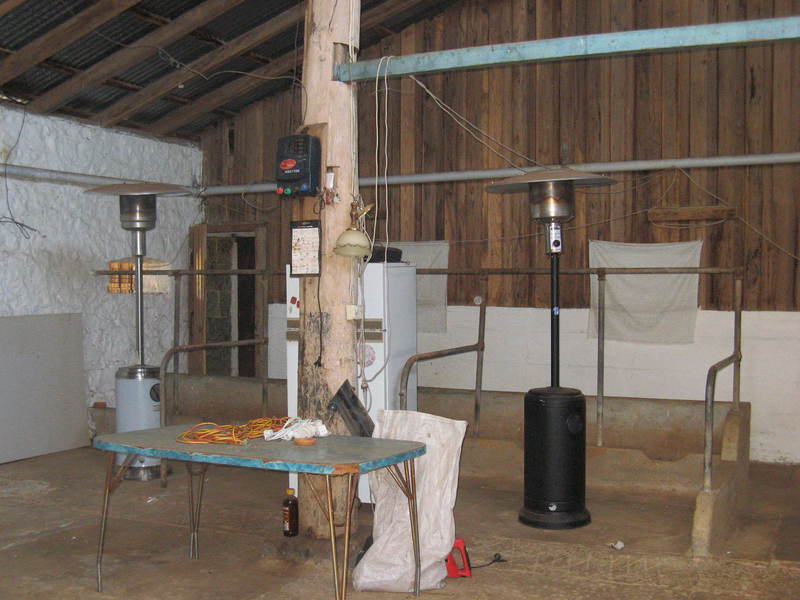 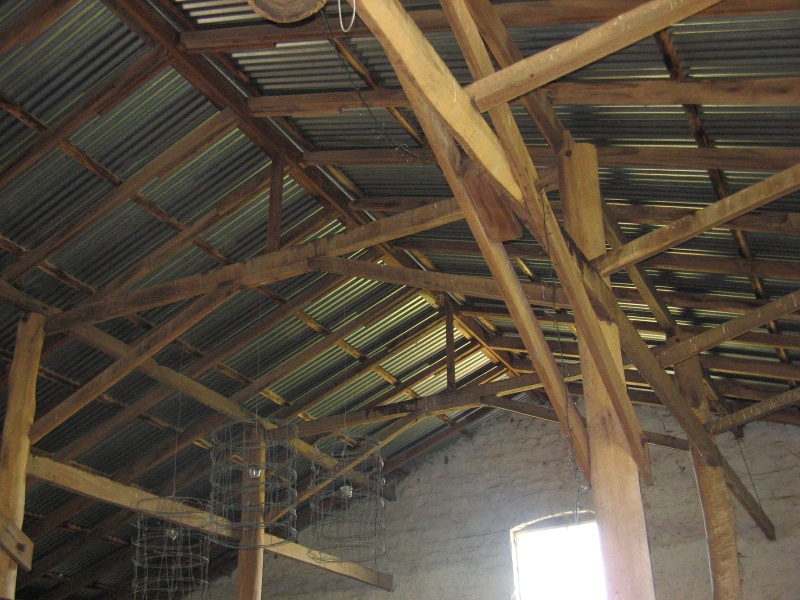 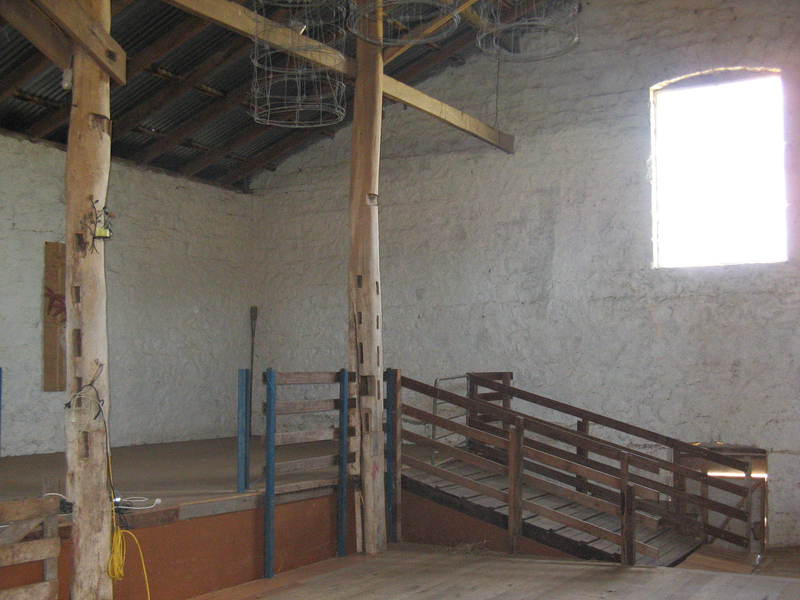 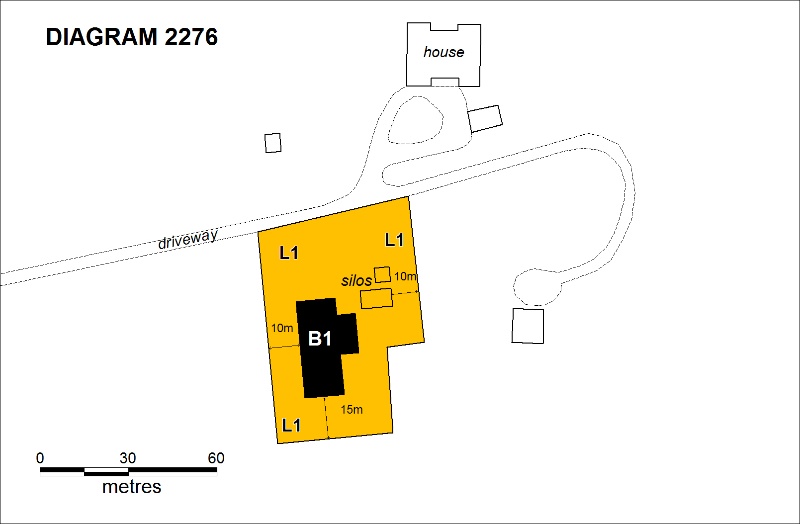 The former Exford Shearing Shed is a large bluestone building located in a rural setting south of the Exford homestead complex (VHR H316) and on the opposite side of the Werribee River. The shed is thought to have been built in the late 1850s by the pastoralist Simon Staughton. Staughton had arrived in Port Phillip in 1842, leased a number of runs, including the Exford run, and by the 1850s had become one of Victoria's largest landowners. In c1843 he built the Exford homestead, now one of the oldest homes in Victoria. The shearing shed is thought to have been constructed at about the same time as some of the other outbuildings on the property which are known to have been built c1856. It shares with them a number of features, including the same unusual bluestone pinnacles on each end of the main elevation and the narrow barred windows. Staughton's son, Harry, who had inherited Exford, began the move in the 1890s into dairying rather than sheep raising, and the old shearing shed was converted into a dairy. Exford was subdivided for closer settlement in the early twentieth century, and the land on which the shearing shed was located, later called Warrawong, was separated from the Exford homestead block, a new homestead was built and it continued as a dairy farm under subsequent owners.

The former shearing shed is large rectangular-plan shed, about 51 metres long and 12 metres wide, built of coursed bluestone rubble and with a corrugated iron-clad gable roof, built on a gently sloping site. On the east side is a timber-clad skillion addition. The centre of the roof at the north end is raised in order to let in more light. Unusual features are the decorative tapered bluestone pinnacles surmounted by fleur-de-lys on each side of the front gable and the two narrow windows set with vertical iron bars on the east side. On the east side is a skillion addition with walls of vertical timber palings. The interior retains its original timber roof framing and the rough-cut supporting poles which have been mortised to support the original floor and sheep pens, now removed. The nearby random rubble gate piers, troughs and cattle ramps date from the mid-twentieth century.

The former Exford Shearing Shed is of architectural and historical significance to the state of Victoria.

The former Exford Shearing Shed is of historical significance as a reflection of the importance of the wool industry in mid-nineteenth century Victoria. It is historically significant for its association with the important pastoral property Exford (VHR H316), which was developed by Simon Staughton, one of the major landowners in Victoria in the mid-nineteenth century. The property grew to about 100,000 acres (about 40,500 hectares) and sheared up to 18,000 sheep a year.

The former Exford Shearing Shed is architecturally significant as an unusually decorative example of a nineteenth century bluestone shearing shed, reflecting the importance of such buildings on pastoral properties at the time. The shearing shed was considered the next most important building after the homestead and was usually the largest building on a sheep run. The former Exford Shearing Shed is notable for the unusual tapered bluestone pinnacles adorned with fleur-de-lys on each side of the main gable, similar to the pinnacles on another of the Exford outbuildings known to have been built c1856.