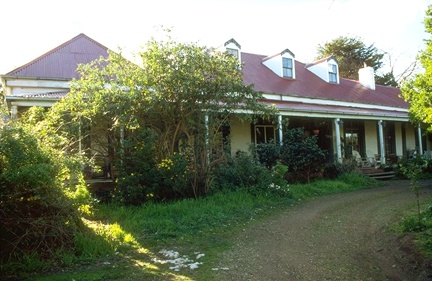 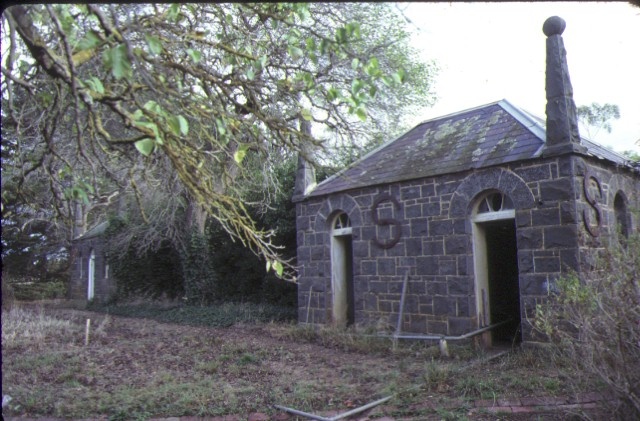 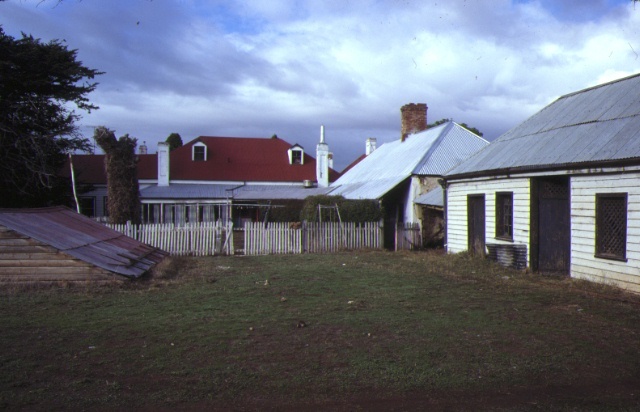 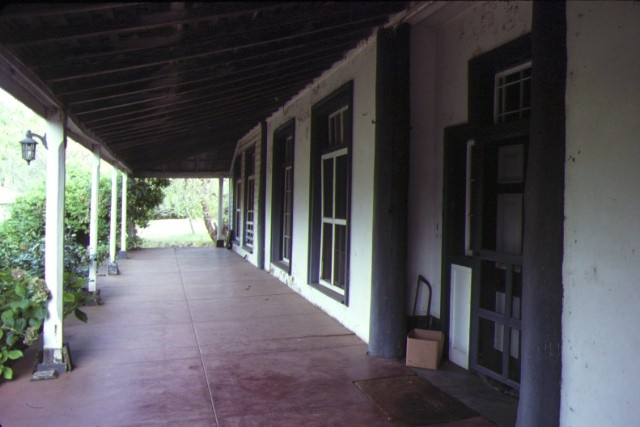 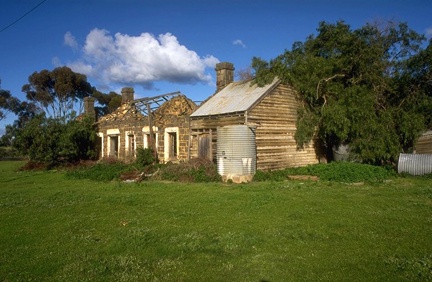 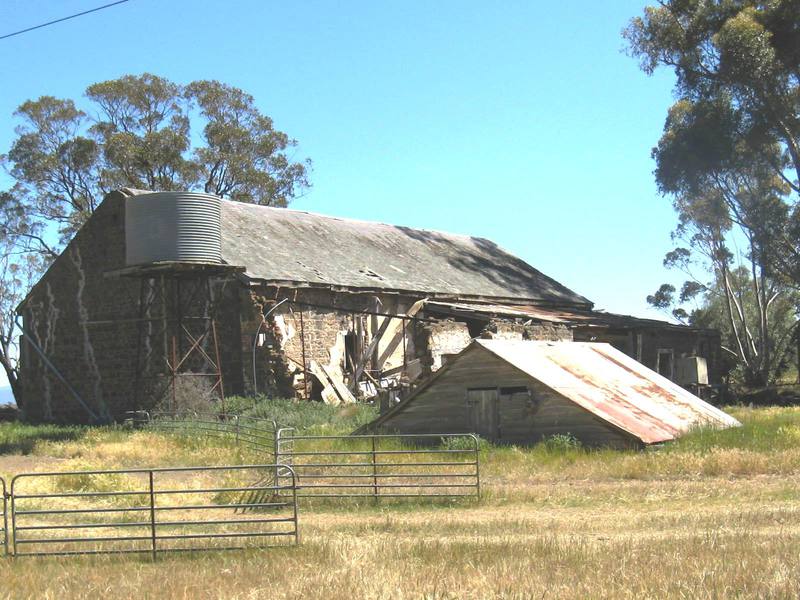 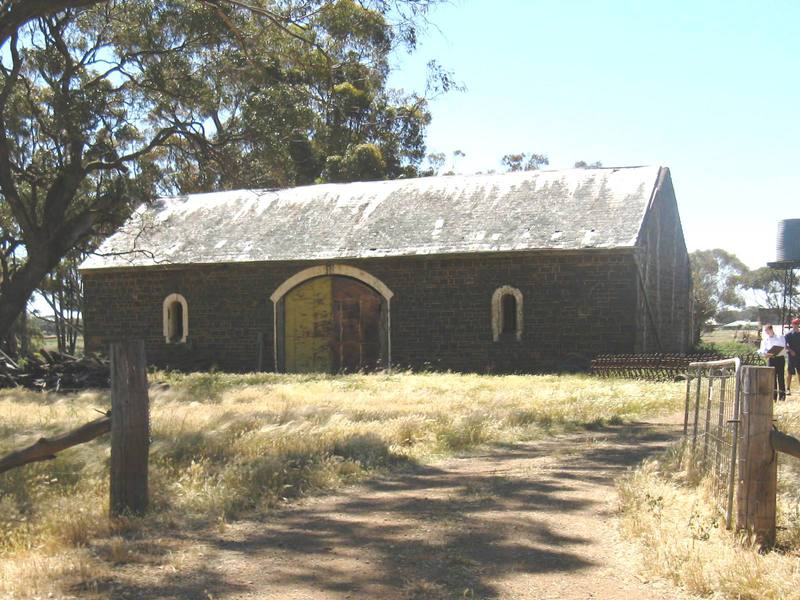 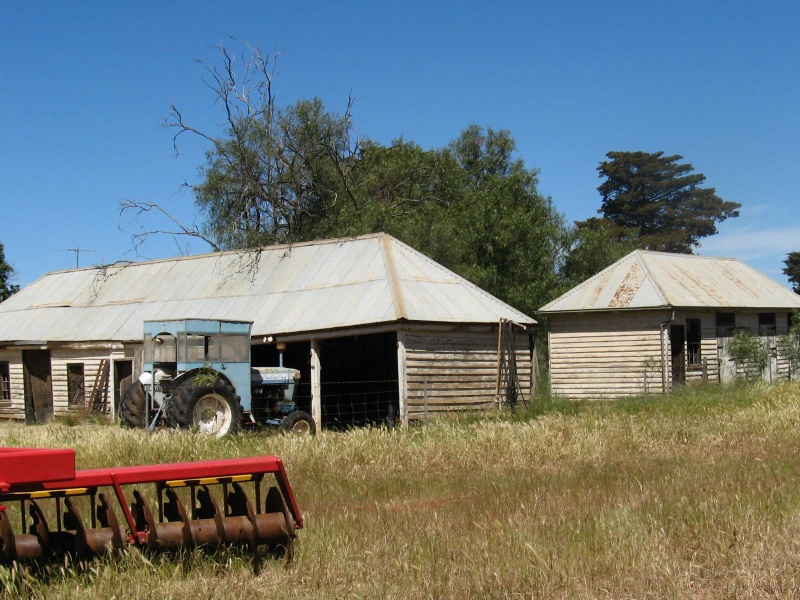 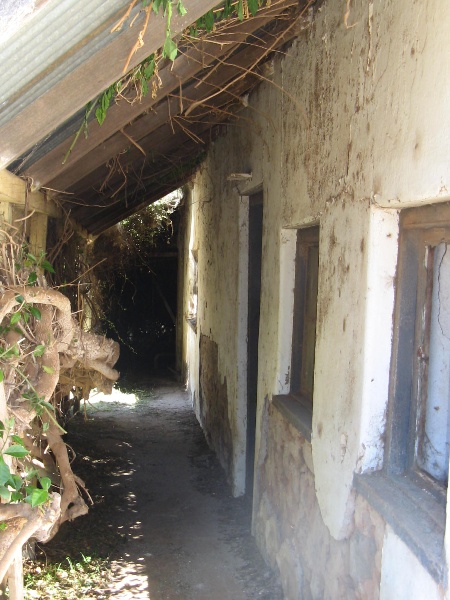 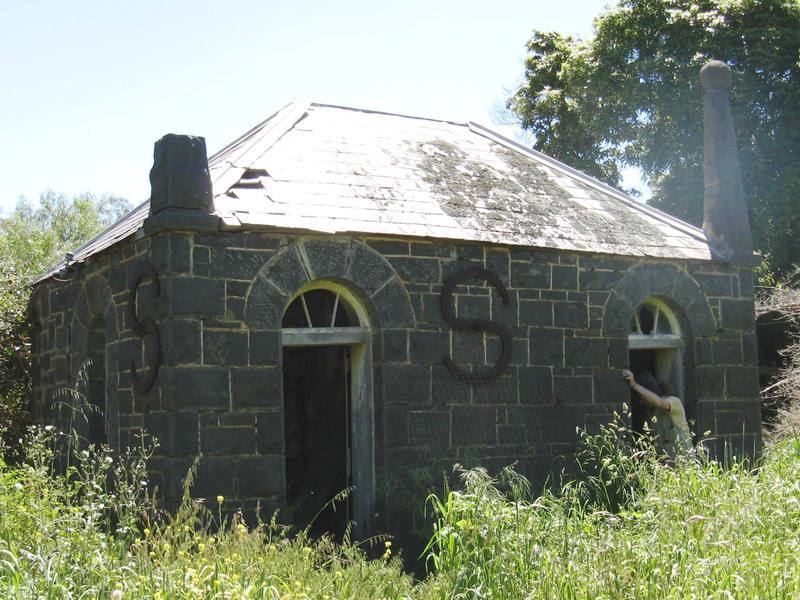 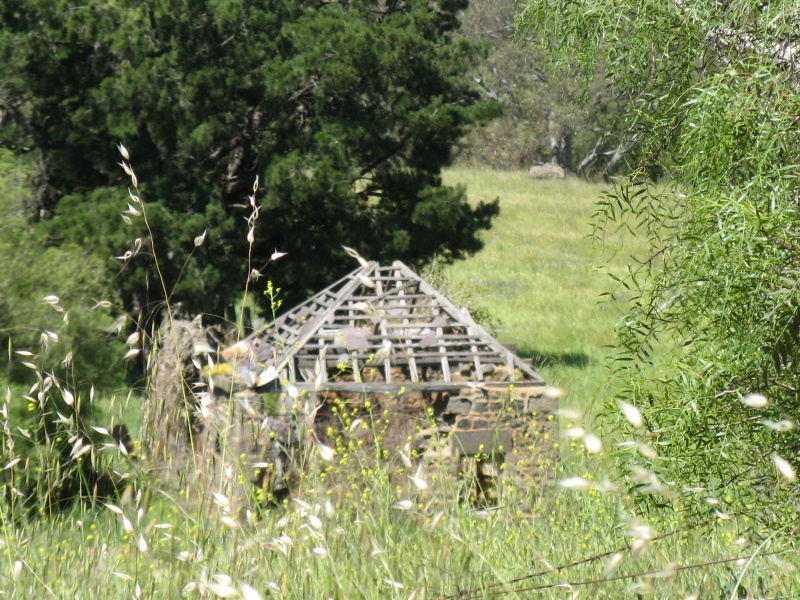 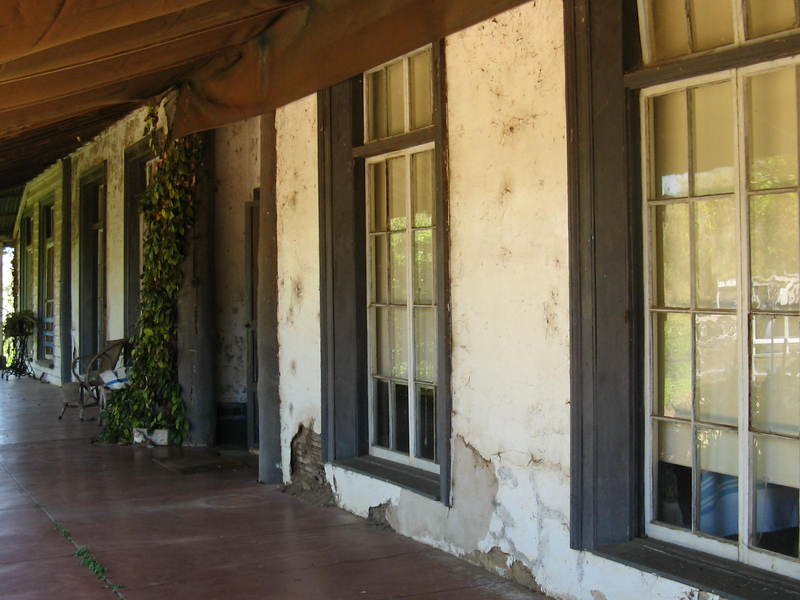 Exford Homestead is one of the oldest residences in Victoria and part of a rare surviving 1840s homestead complex. It is a farming property now comprising approximately 30.5 hectares located 3.5km south of South Melton where sheep have been raised since the earliest phase of European occupation of the Port Phillip District (Victoria). The site was occupied from 1840 by Dr John Watton, a member of the Port Phillip Association, a syndicate of Van Diemens Land colonists formed in 1835 with the aim of establishing pastoral activities on the north shore of the Bass Strait. The place was then part of a large run taken up in 1842 by emigrant landowner Simon Staughton.

Eventually extending for many thousands of hectares, the run was divided into four smaller properties after Staughton's death in 1863. The place retains an early 1840s homestead building and outbuildings constructed of locally hewn timber, mud and lath rendering, brick and local stone. Subsequent additions in locally-quarried bluestone date from the mid 1850s, after security of tenure had been gained, and include a double-height store, a smithy with attached accommodation, two bluestone pavilions and bluestone fence enclosing an orchard. The Staughton 'orb' is carved into the timber posts surmounting the bluestone fence and gateposts. It is also found in the bluestone pavilions of the 1850s. The extent of Staughton's holding was marked at quarter mile intervals with posts featuring a similar carved timber orb. A suite of timber additions introduced in the 1930s demonstrate a later phase of development at the place.

Exford Homestead was a haven for Aboriginal people during the early contact period, a reflection of Simon Staughton's commitment to the well-being of the indigenous population. Local tribes-people were employed on the estate to erect fencing.
The property occupies a picturesque setting with views over the Werribee River valley to the south, and a stand of Grey Box (Eucalyptus microcarpa) to the north.

Exford Homestead satisfies the following criteria for inclusion in the Victorian Heritage Register.

Exford Homestead is of historical significance for its direct association with the earliest phase of European occupation of the Port Phillip District (Victoria). The site was first occupied from 1840 by Dr John Watton, a member of the Port Phillip Association, a syndicate of Van Diemonian colonists formed in 1835 with the aim of establishing pastoral activities on the north shore of the Bass Strait.

Exford Homestead is of historical significance as the last remnant of 'Exford' a once extensive run which has from its initial occupation, through acquisition by Simon Staughton in 1842 and later occupation by his descendants to the present, been in continuous operation as a sheep farm. Sheep farming was the primary reason for the settlement of the Port Phillip District and became a significant part of the Victorian economy. The mid-twentieth century shearing shed reflects the continued use of the place for sheep farming and is of contributory significance.

Exford Homestead demonstrates the political and social changes which affected the Port Phillip District and Victoria in the early years of European settlement. The difference between the early 1840s timber buildings and the more sophisticated bluestone structures reflects increasing prosperity following the gold rushes of the 1850s, and the associated influx of skilled immigrants. The construction technologies and refined materials used in the 1850s bluestone buildings demonstrate that pastoralists were by then willing to construct more permanent buildings with greater architectural pretension due to an ability to obtain secure land tenure. The distinctive bluestone fence to the west and south of the homestead is also believed to date from this phase of development. (Criterion A)

The 1840s Exford Homestead is one of the earliest residences in Victoria. The homestead and outbuildings are rare surviving examples from this period and demonstrate an unusual variety of vernacular construction technologies. Exford homestead is a rare example of a generously-proportioned homestead constructed in the pretenure period of the early-1840s. It was typical for early homestead buildings to be replaced or significantly improved as land tenure was secured and wealth increased.
The group of 1850s Picturesque Gothic structures which present as follies in the landscape are an uncommon feature. The detailing to the two pavilions and the gardener's cottage has a level of refinement seldom seen in such outbuildings.
The survival of the indigenous Grey Box (Eucalyptus microcarpa) stand to the north of the homestead is unusual. A more typical response to native vegetation by early settlers in Victoria was for the trees to be felled, and the land given over to pasture. (Criterion B)

The site of Dr Watton's residence is of high level potential archaeological significance as it is likely to contain features, relics and deposits related to the earliest phase of European settlement of Victoria. The area to the north of the homestead where early outbuildings are likely to have been located is also of potential archaeological significance. (Criterion C)

The isolation of early homesteads demanded self-sufficiency, resulting in the use of vernacular technologies and locally available materials and/or pre-fabricated buildings. The early outbuildings at Exford were constructed of roughly-hewn timber framing and timber slabs, and in the case of the detached kitchen, of local stone and brick. The homestead itself is constructed of eight large timber posts hewn from tree trunks. These are located at each corner of the house and flanking the front door to the south and rear door to the north. The timber framed walls are clad with horizontal timber slabs applied with mud under a later render finish. The range of materials and technologies used at Exford explains the diversity in the external presentation of the early homestead buildings.

Many early homesteads were distinguished by a sense of enclosure, with walls, hedges and tree plantings variously providing formal settings, protection from prevailing winds, a sense of security in little known and sometimes uncharted landscapes and distinction between domestic and agricultural areas. This distinction was typically reinforced by plantings, with the enclosed areas planted with European-style or exotic plantings, and natives beyond. At Exford there is very limited evidence of early plantings but a bluestone wall with an integrated timber post and rail fence was established to the north-west of the homestead returning to the south.

The typical layout of pastoral estates is demonstrated at Exford, whereby the main residence is the centrepiece, sited to optimise an aspect, with domestic amenities to the rear and/or sides. Outbuildings often included a freestanding kitchen, laundry, meat store, servants' accommodation and stabling. At Exford there is a clear distinction between the domestic precinct and the agricultural grouping a short distance to the north-east.

Common denominators between early homesteads included access to water and established roadways. This is assumed to explain the siting of Dr Watton's residence at the southern part of the place, on low-lying land presumably within the Werribee River flood plain. In contrast, Staughton built a substantial homestead and outbuildings on elevated ground to the north of the place, with views looking south over the Werribee River and Toolern Creek. Proximity to a river crossing is also likely to have been a factor in the desirability of the Exford Homestead site. The road directly to the south of the property was on one of the main routes from Melbourne to the west. (Criterion D)

Exford is significant for its long association with the Staughton family, one of the largest owners of freehold land in colonial Victoria, only rivalled in this region by the Clarke and Chirnside families. (Criterion H)