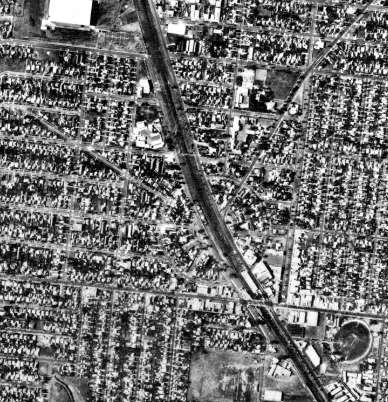 The St.Albans Village Plan Heritage Area is historically significant as an innovative and unusual plan for a Melbourne suburb in the 19th century. Its circular and curved layout, designed by well-known Melbourne architect, Percy Oakden, centred on the railway line - the drawcard for prospective buyers of land. The link with railway development was characteristic of boom-time Melbourne. The main feature is the layout of streets and the naming system and it is important that these aspects should be preserved.