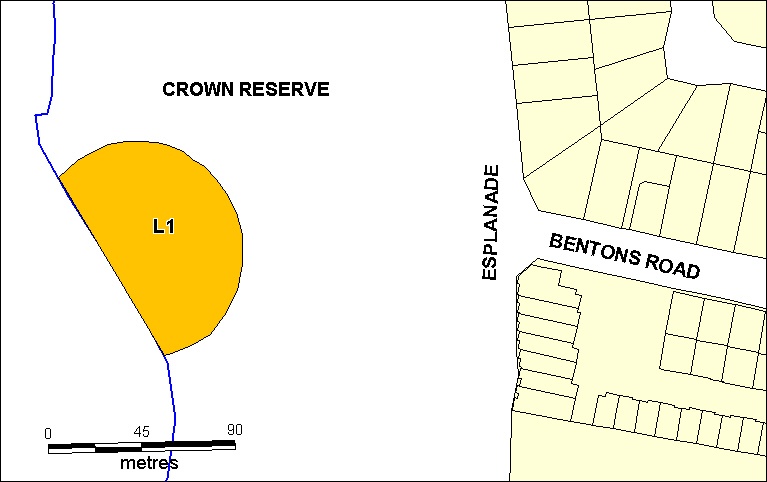 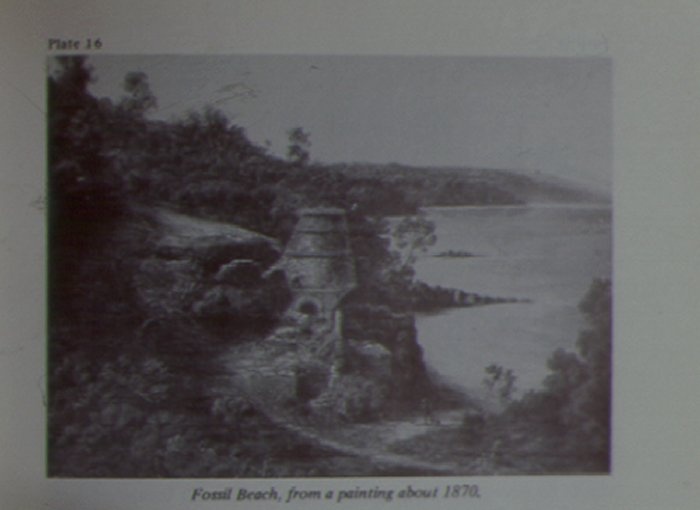 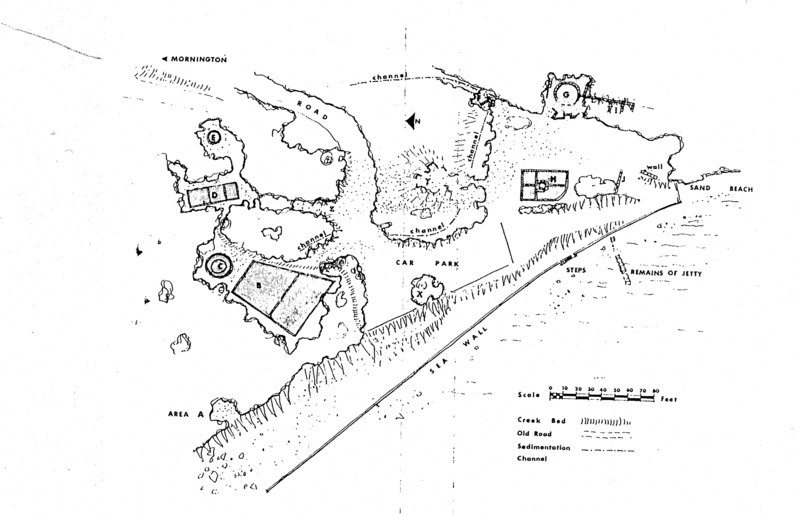 What is significant?
In October 1861, an architect, James M Robertson, applied for a patent to manufacture cement from septarian nodules in Victoria. The cement works at Fossil Beach were constructed in 1862 and the company traded as the Patent Septaria Cement Co. This was the first attempt to manufacture Roman (hydraulic) cement in Victoria.

Robertson placed a public notice in the 'Argus' in January 1862, warning that action would be taken against any party removing septaria from the coast of Mornington or south of Geelong without authorisation. He signed the notice as manager of the Patent Septaria Cement Company. In April of that year he called for a series of separate tenders for various projects including machinery supply (a 10-12 horsepower steam engine) and installation, the erection of a kiln and tanks, the erection of a jetty and sheds, and supply of firewood. A loading jetty, built on granite piers, gave access to boats to transport the cement to Melbourne.

The company appears to have been operating successfully by August 1862 and by October a report appeared in the Argus advising that supplies of cement had been placed on the market. Shortly after the Age noted that'The cement has proved itself of excellent quality, is now being used in the erection of the Bank of Victoria, Collins Street and it is expected to supersede importations form England. This is a satisfactory practical development of a new industry.' This, however, was proven to be misplaced optimism as within 12 months the company had failed. The supply of septaria was limited and the process, involving two kiln operations and mechanical grinding, was expensive.

From 1864 Fossil Beach was a destination for excursions by naturalists, geologists and holiday makers, spurred by valuable fossil deposits in the area. In 1879 the Mornington Shire cemented over the lesser kiln for the picnic area. An access road was established in 1927.

The Fossil Beach Cement Works were subject to thorough archaeological excavation during the late 1960s by William Culican and John Taylor. The results of that excavation, together with a comprehensive history of the site were published in 1972. They established that no industrial activity was undertaken after 1863-4, confirming that the physical remains relate to the cement works run by Robertson.

Remnants of the cement works comprise parts of two stone kilns, the larger one having fire bricks from the Christie Wallyford Brickworks, Scotland. There is also the remains of a retaining wall, a working platform and cart track to the top of the kiln, a washing table, and a 3.5m diameter wash mill with connected settling pans. There are also remains of ground tanks, a small well, a boiler housing and numerous channels.

How is it significant?
The site of the Fossil Beach Cement Works is of archaeological and historical significance to the State of Victoria.

Why is it significant?
This site of the Fossil Beach Cement Works has historic significance as the site of the first manufacture of Roman cement in Victoria. The site demonstrates technical innovation, and predates the establishment of successful Portland Cement manufacturing in Victoria by nearly thirty years.

This site of the Fossil Beach Cement Works has archaeological significance for its potential to yield artefacts and evidence relating to the production of Roman cement. The site contains ruined remains of a rare industrial building type. Further archaeological deposits may be extant which can provide additional information regarding both the manufacturing process and of the people who worked there.

This site of the Fossil Beach Cement Works is of historical significance as evidence of the nineteenth century denudation of the Peninsula landscape. In the 1830s she-oaks and banksias dominated the landscape of this area. However these trees proved highly suitable as lime burning fuel, as she-oaks in particular were a reliable, high burning fuel. Denudation of these trees was followed by the growth of the characteristic scrubby undergrowth and tea-trees evident on the Peninsula today.

The site of the Fossil Beach Cement Works is historically significant as the site of the first historical archaeological excavation undertaken in Victoria. William Culican and John Taylor undertook archaeological investigations on this site from 1967 to 1969. Those excavations established the precise location and design of the cement works.
Show more
Show less
All information on this page is maintained by Heritage Victoria. Click below for their website and contact details.