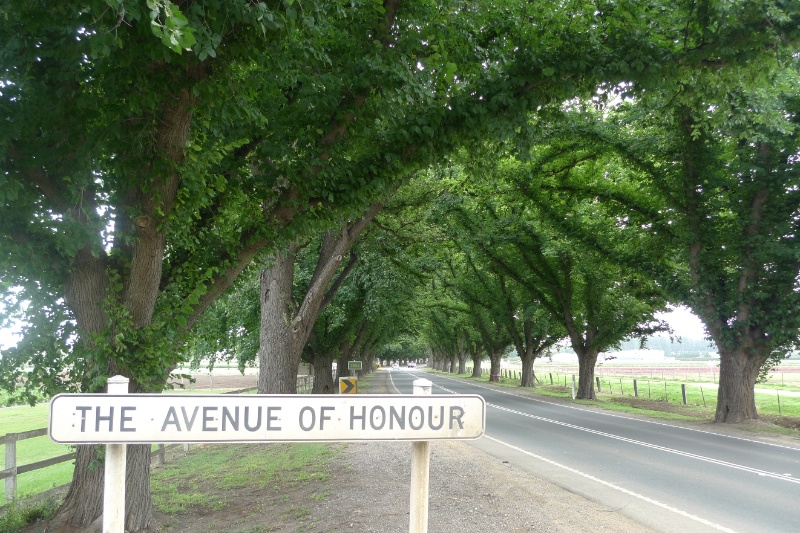 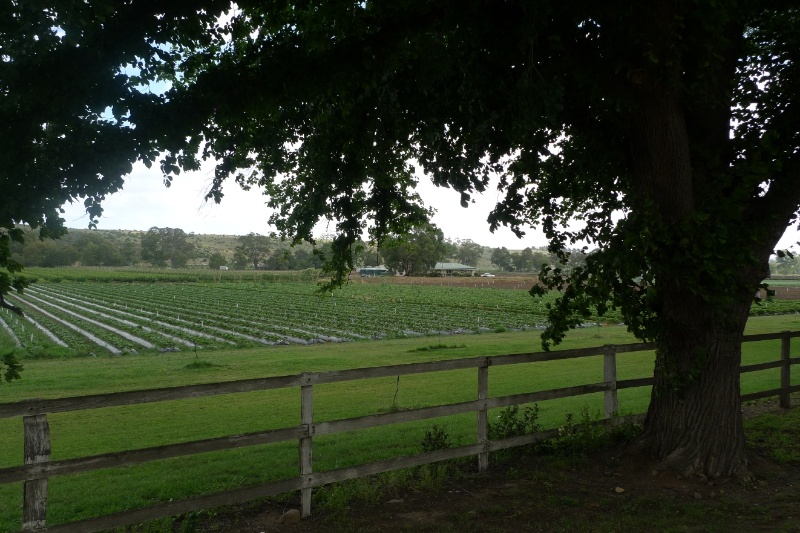 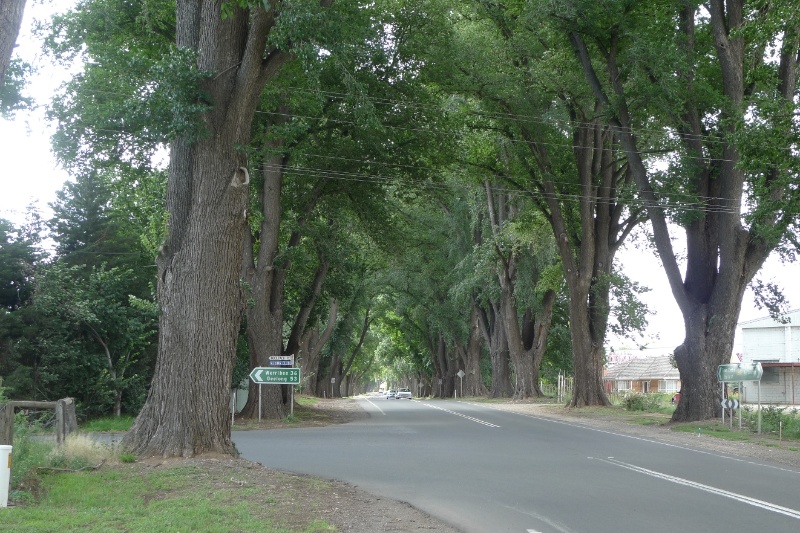 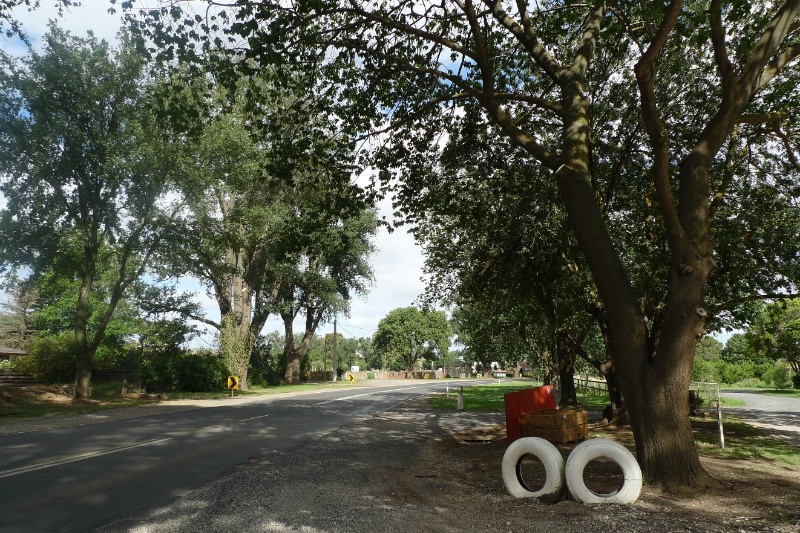 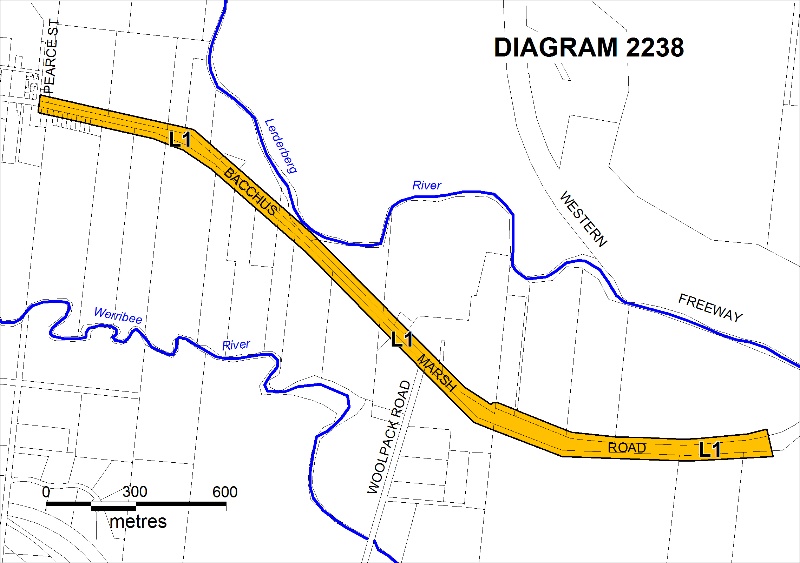 The Avenue of Honour is a cultural landmark located on the eastern side of the Bacchus Marsh township and extends for approximately 2.9 km along Bacchus Marsh Road from Pearce Street in the west to the flag poles on either side of the road approximately 300 metres before the Lerderderg River. The dedicated Avenue of Honour sits within a longer avenue of elms and provides a continuous, impressive visual link between the town and the river. The Avenue of Honour is a key landscape feature of the district and is characterised by the curved road with the overarching canopies of the mature elms.

The Avenue of Honour is on the traditional land of the Wathaurong people.

The Avenue of Honour was planted in the afternoon of 10 August 1918 to commemorate locals who volunteered to serve in World War 1. The tree planting was a community effort attracting one thousand spectators, with workers from the Darley Firebrick Company and other volunteers digging the holes and erecting tree guards in readiness for the planting. After a bugle call 281 elms were simultaneously planted with each tree representing an individual volunteer soldier. In a display of egalitarianism, the name plaques associated with each tree were arranged in alphabetical order along the Avenue. This kept families together and symbolised the idea that each individual's contribution to the war effort was equally important.

The Bacchus Marsh Avenue of Honour is of historical, aesthetic and scientific (research and botanical) significance to the State of Victoria.

The Bacchus Marsh Avenue of Honour is of historic significance for the egalitarian treatment of the individuals commemorated by each tree within the Avenue. The name plaques associated with each tree are arranged in alphabetical order along the Avenue of Honour, keeping families together and symbolising the idea that each individual's contribution to the war effort was equally important, regardless of rank.

The Bacchus Marsh Avenue of Honour is aesthetically significant for the dramatic, continuous and unbroken cathedral-like arching of the canopy, making it one of the most distinctive elm avenues in Victoria. The trees form a visually impressive colonnade effect in all seasons. The regular spacing and pairing of trees on either side of the road is a strong design element reflecting the dual purposes of commemoration and amenity enhancement. These design elements contribute to the Avenue of Honour being a cultural landmark at entrance of Bacchus Marsh.

The Bacchus Marsh Avenue of Honour is of scientific (research and botanical) significance for its potential to tell us about how Victorians dealt with the effects of war, and as an increasingly rare elm avenue due to the decimation of elms through Dutch elm disease in Europe and North America.

While not of State-level social significance, the Bacchus Marsh Avenue of Honour is of high local social significance for its relationship with the community as a living memorial to those who enlisted in World War 1. The planting of trees was seen as a symbol of hope and a tangible way for local people to become involved in commemorating soldiers who enlisted to serve their country at war.