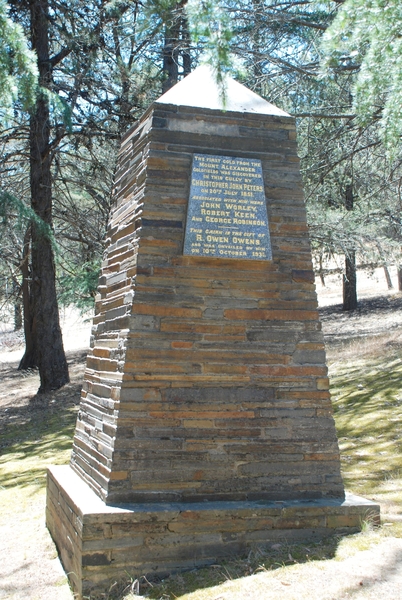 The Specimen Gully Gold Memorial is a slate obelisk erected in 1931 to commemorate the discovery of gold nearby which precipitated the rush to the Mount Alexander goldfield which in turn provided the main impetus for the great Australian gold rush.

The Specimen Gully Gold Memorial is of historical importance to the State of Victoria.

The Specimen Gully Gold Memorial is historically important for its symbolic associations with the discovery of gold in the Castlemaine area. Although there had been earlier discoveries of gold in Australia it was the Mount Alexander find which in particular fired the world's imagination and led to one of the greatest mass movements of population in history and was of crucial importance in Victoria's development.