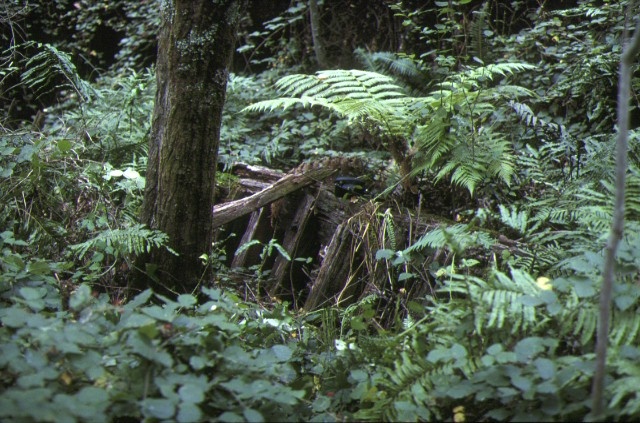 The Growlers Creek Gold Bucket Dredge Site consists of a largely buried timber pontoon. The skeletal remains of the pontoon is very overgrown by trees, ferns and blackberries, but appears to measure approximately 25 metres x 10 metres

The Growlers Creek Dredge was built in 1924. The dredge worked from 1924-30, after which it was stripped and parts used in the construction of the Freeburgh dredge.

The Growlers Creek Gold Bucket Dredge Site is of historical, archaeological and scientific importance to the State of Victoria.

The Growlers Creek Gold Bucket Dredge Site is historically and scientifically important as a characteristic and well preserved example of a form of gold mining used in Victoria from the early 1900s. Bucket dredges were introduced into Victoria from New Zealand and were widely used until the 1950s. A bucket dredge comprised a floating pontoon on which an endless chain of iron buckets revolved around a long frame or ladder which could be raised or lowered. The bucket line excavated all the material to a depth to be dredged. Bucket dredging sites are now rare in the State, and surviving sites are important key ingredients in an understanding of the development of alluvial gold mining technology.

The Growlers Creek Gold Bucket Dredge Site is archaeologically important for its potential to yield artefacts and evidence which will be able to provide significant information about the technological history of gold mining.