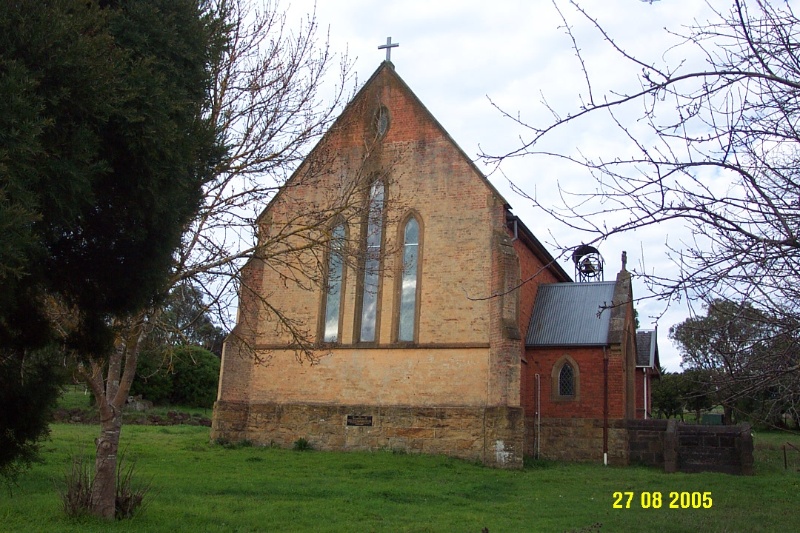 What is significant?
St. Peter's Anglican Church is a gothic brick church on the eastern hill of the township of Merino, on the north east corner of Maud and Henty Streets. The Church has timber framed windows and doors, in linear gothic arches. The interiors have not yet been inspected. The church began to be built in 1865, and is strongly associated with influencial clergyman Francis Cusack Russell. The church remains in very good condition with a very high degree of integrity. The building and land was recently sold into private ownership.

How is it significant?
St. Peter's Anglican Church is of historical and social significance to the Glenelg Shire.

Why is it significant?
The church and its setting are of historical significance as they represent the beginnings of the Anglican Church in Merino, and the dedication of the local congregation and their leader, Dr. Russell, who established first a chapel in 1861 and then a church by 1866. It is of further historical significance as the expression of the role and position of the Anglican Church and its congregation in the community for over one hundred and forty years.
Show more
Show less
All information on this page is maintained by Glenelg Shire. Click below for their website and contact details.