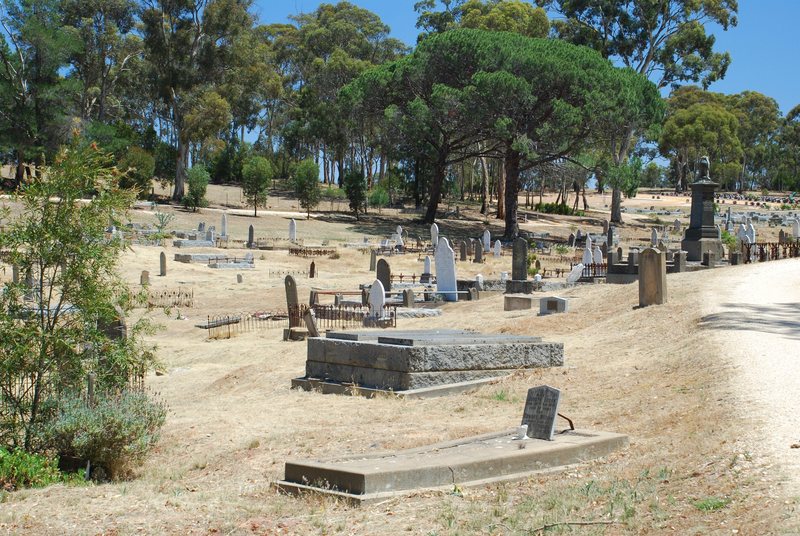 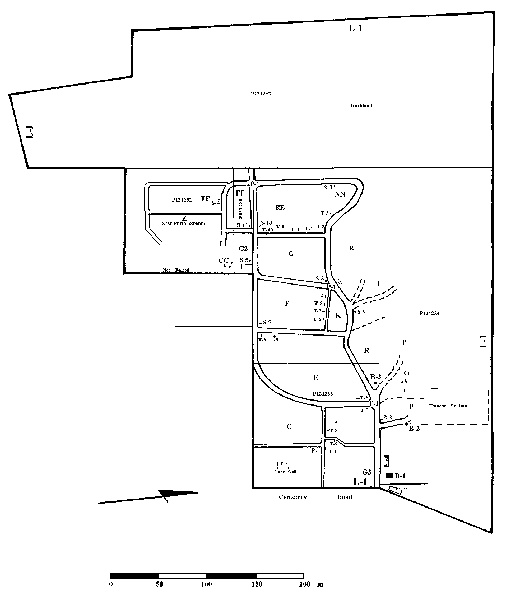 What is significant?
The first Castlemaine cemetery occupied a small area in the fledgling township that was soon straddled by Templeton Street. After a great deal of controversy a site for a new cemetery was chosen outside the municipal boundary, at Campbell's Creek. The first interment at this site was in 1852, with the original four acres being enclosed the following year. Amid further controversy, in December 1856 the bodies from the old cemetery were exhumed and re-interred at Campbell's Creek. In April 1858 the cemetery was placed under the care of trustees, and this move initiated improvements; between this date and October 1859 a layout plan was adopted (July 1859). A sexton's office was built, a carriageway was constructed, and each religious denomination was allotted its section, with the Chinese compartment being enclosed by a rail fence. About 107 footstones survive in the Chinese section. By 1859 the Chinese community had also erected a building for performing their burial rites, and the burning tower which survives in the Chinese section may indeed be this structure. Some of these design elements are detailed on a large plan of the cemetery dated December 1875 drawn by M Brown, District Mining Surveyor and Registrar of Castlemaine remains in the office. Throughout the twentieth century many older elements within the cemetery were renewed; old wooden water channels and bridges were replaced by concrete, senescent trees were replanted, the front wooden fence replaced by pipe and wire (1957). The old sexton's residence replaced and a lawn cemetery was introduced in 1961 resulting in the transferral of many cemetery monuments.

How is it significant?
The Castlemaine Cemetery is of historical, social, architectural, and aesthetic significance to Victoria.

Why is it significant?
The Castlemaine Cemetery is historically and socially important for its direct association with one of Australia's significant episodes of immigration. Within a decade Victorian gold had drawn 600,000 immigrants, tripling the entire population of Australia, with the Mount Alexander diggings at Castlemaine being one of the largest and richest goldfields in the colonies. This influx is demonstrated by the large numbers of burials and memorials dating from the 1850s and 60s, which provide information on many immigrants, including the Chinese alluvial miners who arrived in large numbers during this period. The development of the Castlemaine Cemetery and the construction of the sexton's office in the late 1850s provide physical evidence of the permanent public facilities and structures which replaced the ephemeral arrangements of early goldfield days. The c1875 layout of the cemetery is historically important for its rarity and for the information it yields about nineteenth century cemetery design. The graves are important for the information they provide about burial customs and patterns.

The Harcourt granite War Memorial erected in 1932 by the DADS Association, Castlemaine, is of significance to the community and commemorates servicemen who fought in the war.

The Castlemaine Cemetery is architecturally important for its rare structures, being the sexton's office, and Chinese funerary tower, both of which are rare in the stock of nineteenth century structures that survive in Victoria's cemeteries. The office has further importance for exhibiting the principal characteristics of a typical mid-nineteenth century sexton's building, and is the oldest and best surviving example in this State of a cemetery building of this type. The cemetery memorials, tombstones, all of the Chinese footstones and other funerary art are collectively important for their design characteristics and craftsmanship. Also of note are the cast iron and metal alloy denomination and section markers.

The Castlemaine Cemetery is aesthetically important as an early example in Victoria of a cemetery influenced by Romantic and Picturesque ideals which gained worldwide popularity in the early to mid-nineteenth century. This is demonstrated in the layout, which picturesquely rises through the clefts in the surrounding hills, and in the pattern book-style Picturesque sexton's office. Other notable features contributing to the layout are bulbs and several tree species which include Cupressus sempervirens x3, Chamaecyparis funebris x 2, Pinus pinea x 2, a Sequoiadendron giganteum, Cupressus lusitanica var. benthamii x 2, and rare Arbutus x andrachnoides x2.