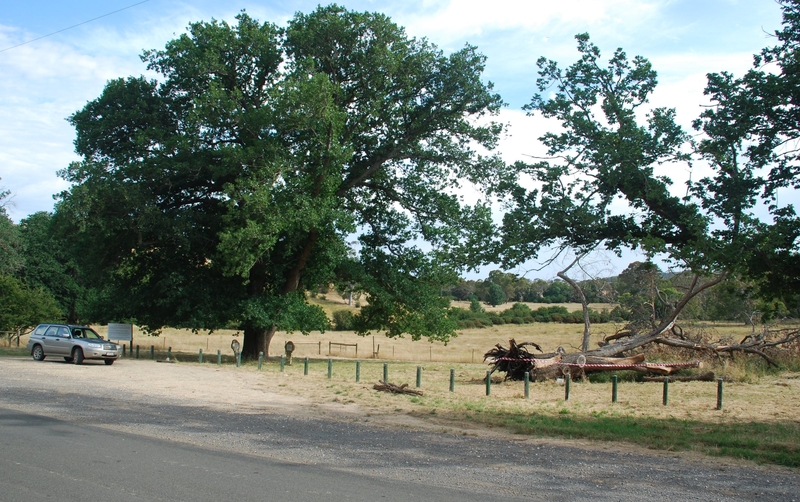 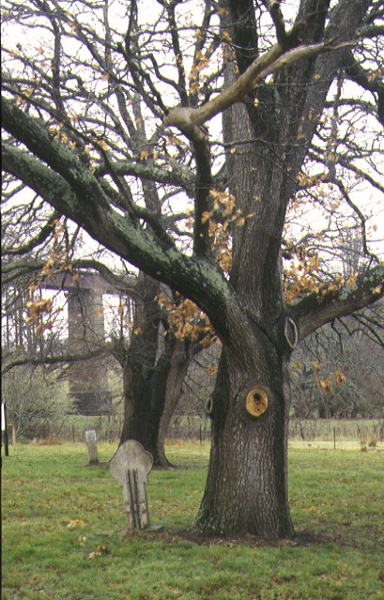 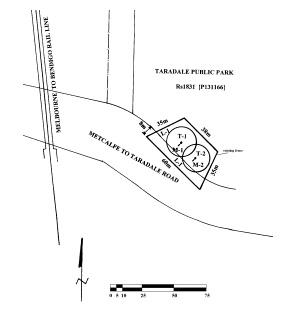 On 19th May 1863 celebrations were held at Taradale to commemorate the marriage of Prince Albert Edward, Prince of Wales, eldest son of Victoria and Albert and future King Edward VII, to Princess Alexandra, which had taken place on the 10th March. Arches were erected over the High Street Bridge, lights were displayed outside private homes and the general public enjoyed a 'sumptuous repast' supplied at the expense of the Municipal Council. Hotels provided free drinks, 250 children received 'buns, tea and fruit', and in the evening there was a grand fireworks display and bonfires on surrounding hills. The focus of the day's festivities was provided by a procession of the Municipal Council, Magistrates and Oddfellows who marched with the community to the Public Park accompanied by the Vaughan Brass Band. Here they officially planted two English oaks in honour of the Royal pair.

The two Royal Oaks (Quercus robur) at Taradale are of historic and aesthetic significance to the State of Victoria.

The two Royal Oaks are historically significant as commemorative trees planted to celebrate the wedding of the Prince of Wales to Princess Alexandra in 1863. Along with other plantings in Castlemaine, Maldon and Daylesford which celebrated the same event, they are important as being among the oldest commemorative oak plantings in Victoria. They are also important as being among the earliest tree specimens which remain to mark the existence of the former Taradale Botanical Gardens, established in the same year. Both the oak trees and the public gardens reflect Taradale's gold rush prosperity and the local community's desire to draw attention, not only to their success and accomplishments, but also to their loyalty.

The two trees are of aesthetic significance as outstanding specimens of mature English oaks which contribute significantly to the landscape. The two trefoil-headed commemorative plaques which stand beside the trunks of the trees are important elements in the significance of the place.