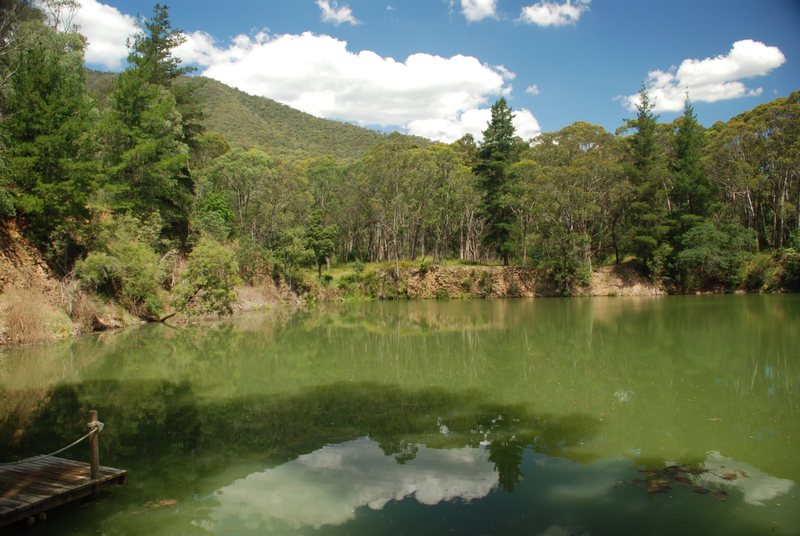 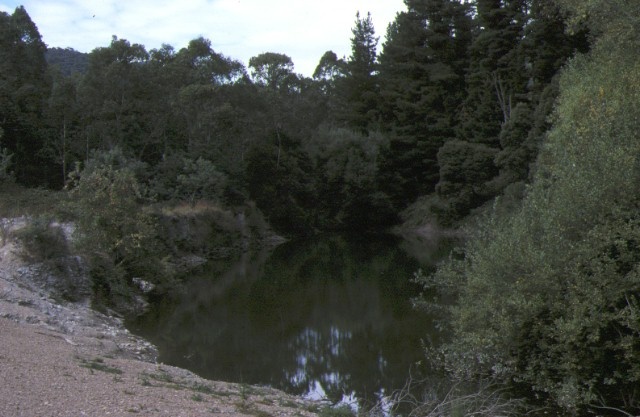 The Tronoh bucket dredge was the biggest in the southern hemisphere: it measured 167 metres long, weighed 4,813 tonnes, and could dredge to a depth of approximately 41 metres. The dredge was built by Thompsons of Castlemaine, and an electricity line to power the plant was installed from Bright. Construction costs totalled £380,000. The Tronoh dredge commenced operations in 1942 and ceased work in 1954. The Tronoh leases extended southwards for a distance of 7 km from a point halfway between Stoney and Smoko creeks. The total gold production of the Tronoh dredge at Harrietville was 54,000 oz. (The highest producing dredge in the State was the Victoria Gold Dredging Co NL Strangway's dredge, which produced 115,941 ounces of gold between 1938 to 1948.) In 1955, the Tronoh dredge was sold and shipped to Malaya.

The Tronoh Gold Dredging Ponds are of historical and scientific significance to the State of Victoria.

The Tronoh Gold Dredging Pondare historically and scientifically as a characteristic example of an important form of gold mining. Gold mining sites are of crucial importance for the pivotal role they have played since 1851 in the development of Victoria. As well as being a significant producer of Victoria's nineteenth century wealth, gold mining, with its intensive use of machinery played an important role in the development of the State's manufacturing industry. The Tronoh Gold Dredging Ponds are a striking visual monument to the largest bucket dredge built in Australia with the southern-most pond reflecting the vessel's enormous dimensions.