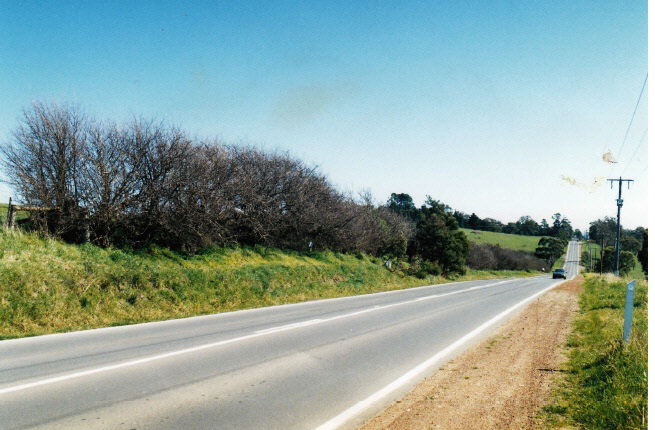 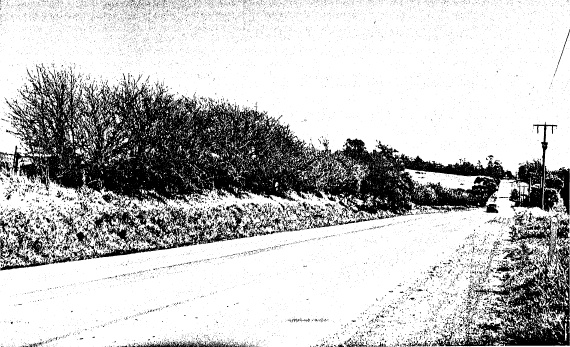 What is significant?
The c1890s hawthorn hedges (Crataegus Monogyna) defining the field pattern and the surrounding site to a radius of 10 metres (see also HO52, HO80 & HO87).

How is it significant?
The hedges are historically and aesthetically significant to the Shire of Nillumbik.

Why is it significant?
The hedges are historically significant because the planting of Hawthorn hedges reflects the adoption of European farming techniques by the Kangaroo Ground population in the period following settlement and because the grid pattern of paddocks that the Hawthorn hedges define is very different to today's farm landscapes (Criterion A). Also because such planting is now rare in or around the Melbourne area and this is one of the only parts of the Shire of Nillumbik in which hedges still grow (Criterion B). The hedges are aesthetically significant because they grow to three metres in height and, in the undulating landscape, form a major landscape feature (Criterion E).