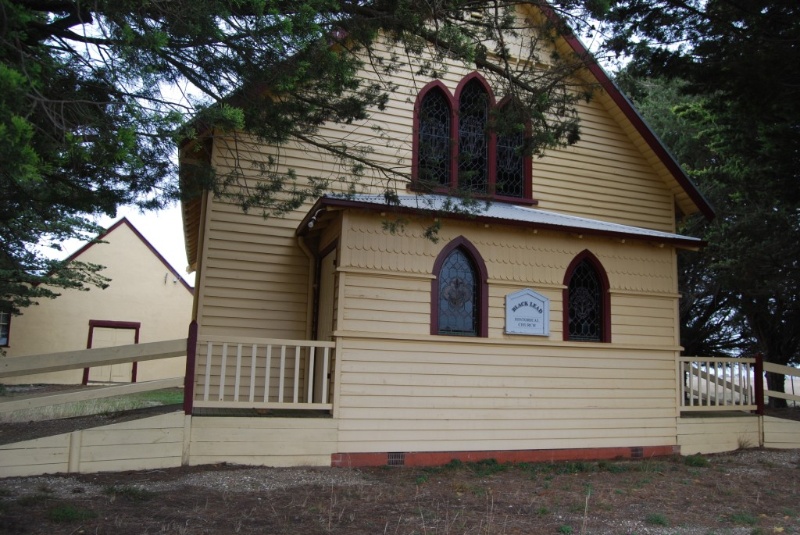 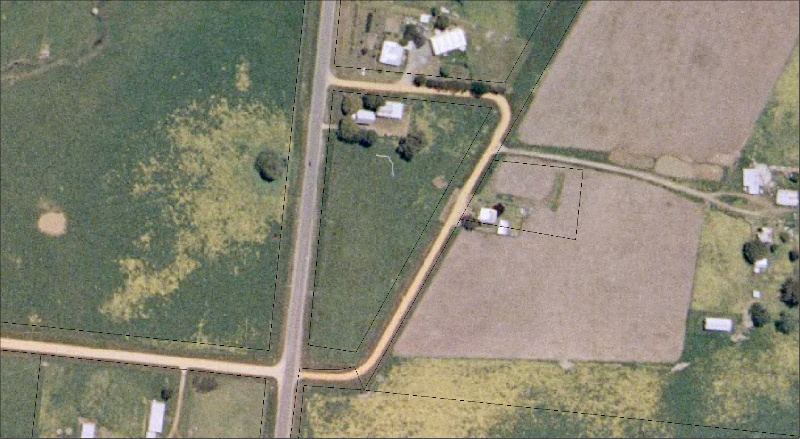 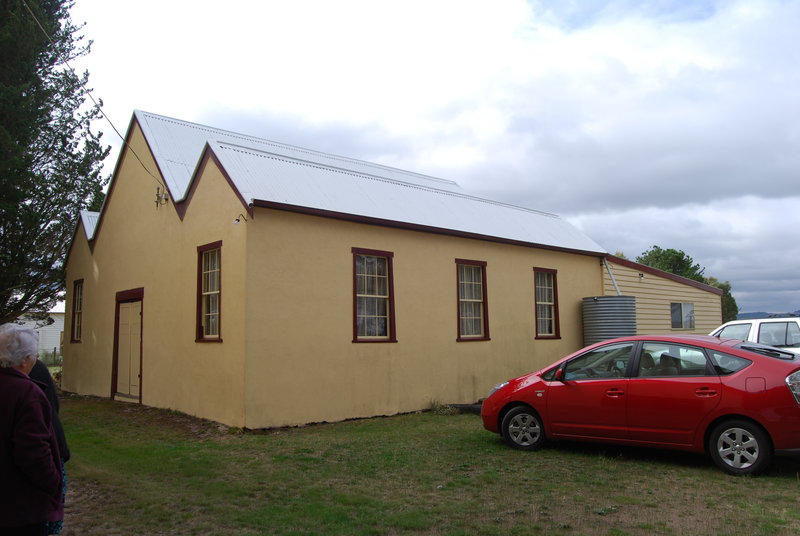 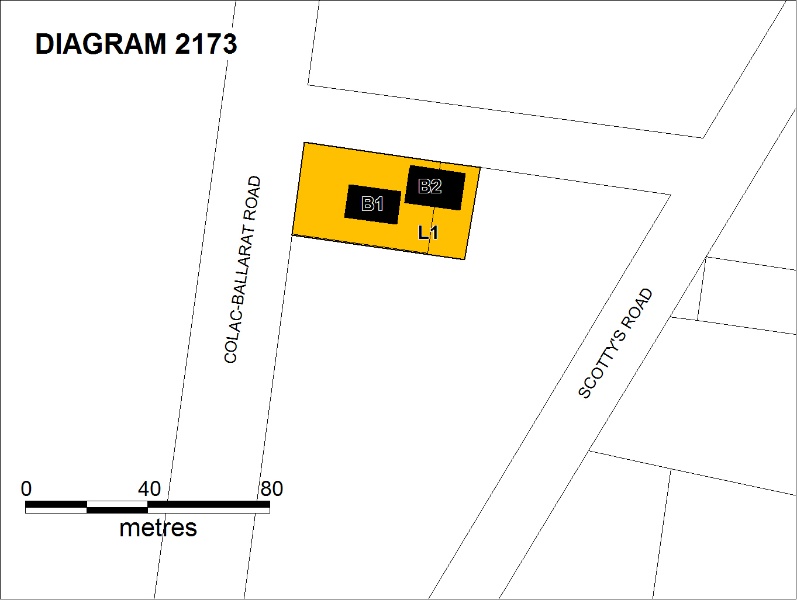 What is significant?
The former Black Lead Uniting Church and Hall is a pair of Methodist buildings dating from 1862 and 1913. Black Lead and Cambrian Hill, located between Ballarat and Buninyong, were thriving settlements during the early gold rushes around Ballarat and following the opening up of the Black Lead goldfield in 1856. Regular Wesleyan services were being conducted from 1856 in Black Lead, and by 1860 a small Wesleyan chapel was in use. This was replaced by a new church in 1862. The new church was built near Glasson's Lane on a small block of land donated by a parishioner T C Barrett. A design by a Mr Gibson was accepted in preference to local architect J A Doane. Alterations and extensions to the church were carried out in 1863 and 1865. In July 1912 the congregation decided to erect a new church on land donated by William Barrett, and the original church, to become a hall, was jacked up and hauled about 500m to the current site by a team of horses.

The 1913 timber church building measures approximately 12m by 8m and externally is quite plain, with a simple narthex at the west end, a steeply pitched roof covered with galvanised iron, and weatherboard walls with lancet windows. Internally the church has been little altered. The raked floor, timber dado wainscoting, decorative pressed metal lined walls with cornices, and raked timber ceiling are all intact and retain original paint and decorative schemes and finishes. The leaded windows all incorporate simple geometric and art nouveau inspired coloured glass. Furniture includes original pews, a kneeling rail and a highly ornate pulpit in the Corinthian style that originally came from the Baptist Church in Collins Street, Melbourne and was purchased by the Methodists from the Ballarat Water Commission in 1912.

The former 1862 church, now the hall, is also of timber construction with weatherboards, but was rendered over by a cement skin in the 1950s, perhaps over chicken wire. The building is arranged with a triple gable roof, covering a mainnave with subsidiary aisles. The roof is galvanised iron over the original shingle covering, and openings are eight single hung twelve pane sash windows. There is a modern skillion addition at the rear. The building is timber lined throughout, with simple square posts carrying collar ties in the main hall, with access to the aisles through shallow arches linking the posts. The 19th century additions were removed when the building was relocated, and the building has also lost its original timber buttresses.

The Black Lead Wesleyan Methodist Church joined the Methodist Church of Australasia in 1902 and then became part of the Uniting Church in Australia in 1977. In 1998 the church closed and became the property of the Napoleons and District Historical Society.

How is it significant?
The former Black Lead Uniting Church and hall is of architectural and historical significance to the State of Victoria.

Why is it significant?
The former Black Lead Uniting Church and hall is of architectural significance as a pair of intact Methodist buildings from 1862 and 1913. By the 1860s many Methodist churches around the goldfields were constructed in brick, and the 1862 former Black Lead church represents a less familiar form of construction. Both buildings have a high level of integrity, including original shingles beneath later corrugated iron roofing of the hall. The 1862 hall is unusual for its triple gable form and lack of obvious religious expression. The 1913 church, whilst quite plain externally has a rich interior that has been barely altered since construction. The pressed metal walls with factory painted finish are particularly significant. The pulpit, originally from the Collins Street Baptist Church, is an unusual and highly elaborate object to find in a small rural church.

The former Black Lead Uniting Church and hall is of historical significance as a pair of buildings that represent the importance of religious non-conformism and Wesleyan Methodism on the nineteenth century Victorian goldfields.