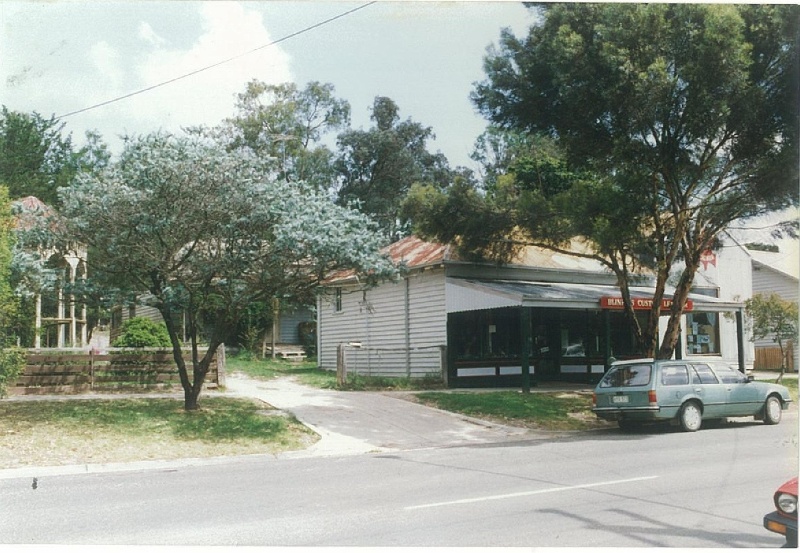 What is significant?
The 1910s/1920s weatherboard shop, the house to its rear and the surrounding site to the title boundaries

How is it significant?
The shop and the house are historically and aesthetically significant to the Shire of Nillumbik.

Why is it significant?
The shop and associated house are historically significant because the arrangement of the two (with the shop to the front and the house to the rear) is unique in Hurstbridge (Criterion B). The shop and house were constructed following the completion of the railway line to Hurstbridge (1912) and illustrate the growth and change that its arrival brought to the town (Criterion A). The shop and associated house are aesthetically significant because the shop has retained its original/early shopfront and post-supported verandah and because both are integral components of a cluster of 1910 and 1920s buildings that gives the centre of Hurstbridge its special character (Criterion E).