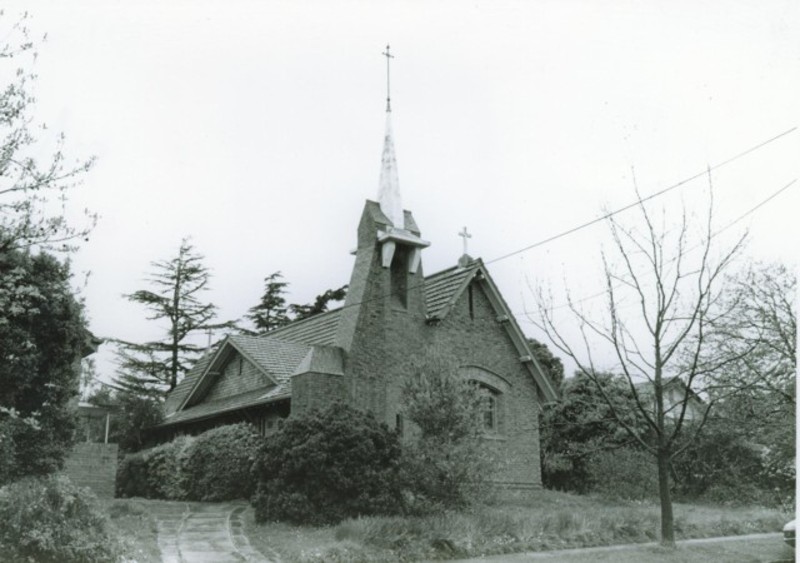 One of the best churches by the prolific architect Louis Williams designed in his version of the Arts and Crafts style and built in 1926-7, with a vestry added in 1929. The sheer brick surfaces inside and out, abstract masses, depressed arches, banks of separate window lights and the west end, broad brick aisle arcade and simplified hammerbeam roof principals, are characteristic of a style which had appeared in Victoria three decades earlier. This style is handled deftly by Williams and given a more contemporary flavour by the abstract massing with battered walls and spiky spire of the bell cote. Three of the nine windows were designed by the notable artist, Napier Waller, but now have been removed.
Classified: 29/06/1989
Revised: 18/10/1990