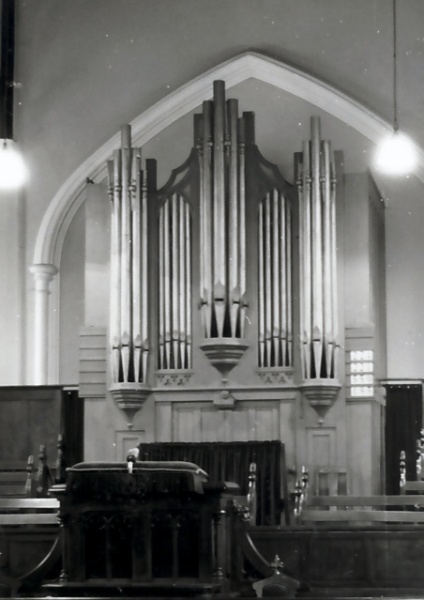 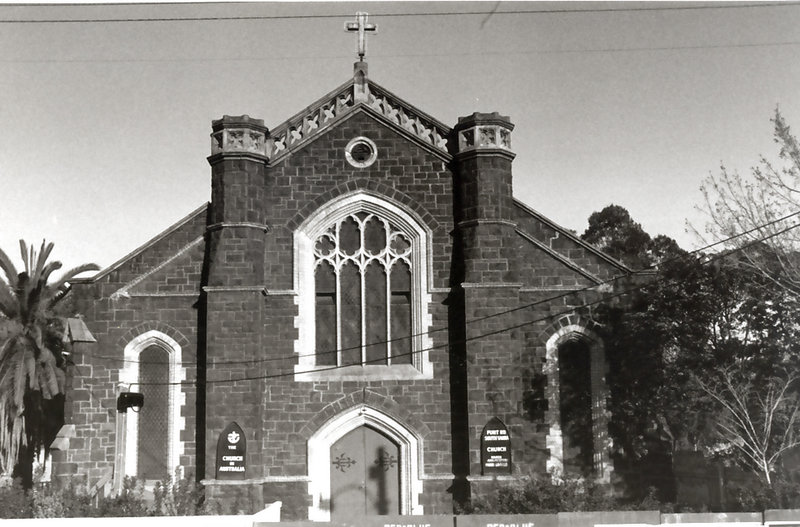 Church Statement of Significance: A church which is a rare example of the Perpendicular style, designed by Crouch & Wilson and built in 1864 of bluestone with cement dressing. The main facade includes twin turrets, the spires of which have been removed, a four-light window and open-work parapet.
Classified: 'Local' 28/05/1970
Revised: 'Regional' 18/05/1989
File note: Converted to flats late 1990's.

Organ Statement of Significance: This instrument was originally built by George Fincham as a single manual for West Melbourne Presbyterian Churchwhich opened August 1881. It was sold to the Methodist Church South Yarra and opened in July 1883. The Swell Organ and two couplers were added by George Fincham in July 1890. Apart from repainting of the organ case and display pipes, the organ remains substantially intact structurally and tonally. It is a good example of Fincham's work of the 1880's period visually and tonally.