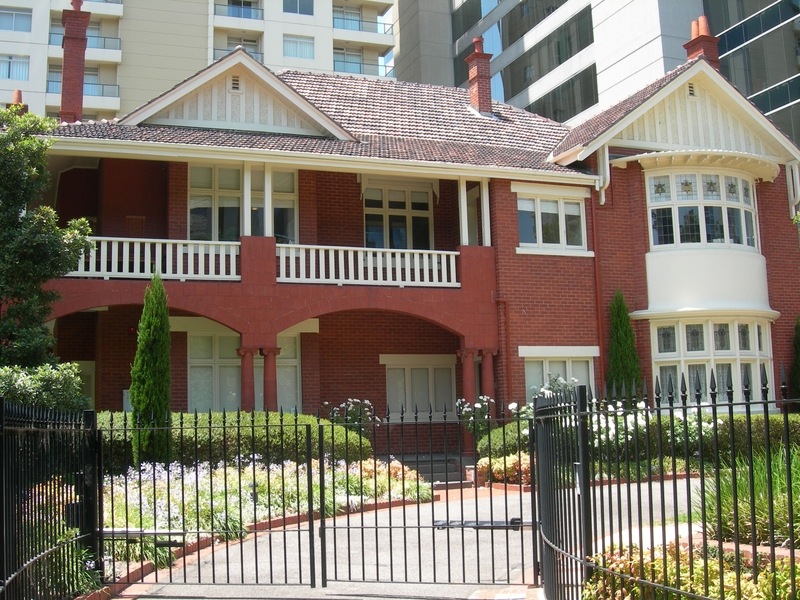 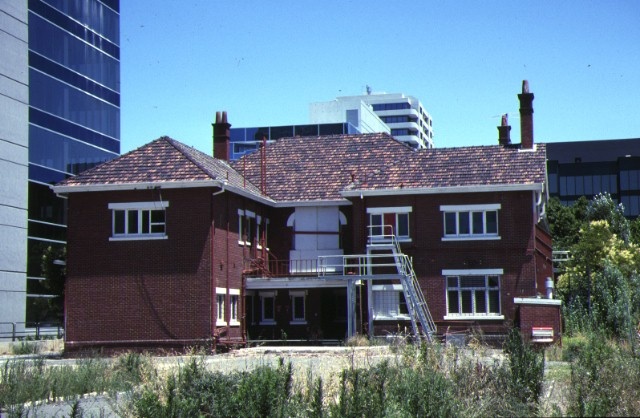 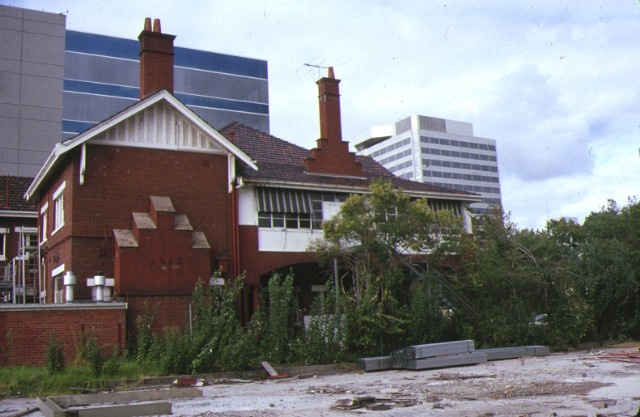 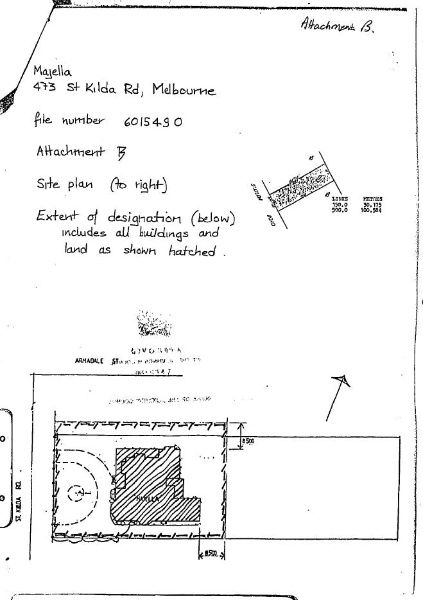 Majella was built in 1913 for James Alston to the design of architect Arthur Peck. Alston wanted his house to be close to his new agricultural machinery factory in South Melbourne. Majella is a large house set well back from St Kilda Road by a garden and circular driveway. It is a two storey red brick residence asymmetrically composed with a terra cotta tile roof, bay windows and half timbered and stuccoed gable ends. The two storey verandah and balcony incorporate glazed terra cotta faience panels, paired Ionic columns constructed of reinforced concrete and a simple timber balustrade. Expanses of red brickwork are relieved by rendered lintels to the openings. At the rear of the house was a brick garage, demolished in 1989. Internally there is an impressive staircase in the wood panelled entrance hall, leadlighting to the bow windows, and various original fittings throughout. Residential use of Majella ceased in 1943 on the death of James Alston, since when it has been occupied by a number of commercial and government bodies, including the Australian Broadcasting Commission between 1951 and 1972.

Majella is of architectural and historical significance to the State of Victoria.

Majella is historically significant as the only surviving twentieth century mansion on St Kilda Road. Its scale demonstrates the status that St Kilda Road once held as a residential area before its commercial redevelopment in the twentieth century. It is significant for its ownership by manufacturer and inventor James Alston, one of Australia’s leading nineteenth century industrialists. Alston was important for his development work on agricultural machinery, particularly farm windmills for supplying drive power to sawmills, shearing plants and other rural machinery.

Majella is architecturally significant as a late expression of Arts and Craft architecture.

The construction of the verandah is unusual, incorporating concrete columns faced with faience as permanent formwork. The use of a variety of materials, including faience and concrete, makes the house an unusual example of the Arts and Craft ethic within the context of regulation Queen Anne styling. It is significant as the first known collaborative work of architects Arthur Peck and his son Hugh Leonard Peck, a partnership that was to achieve great success with residential attic style bungalow designs during the inter-war period.