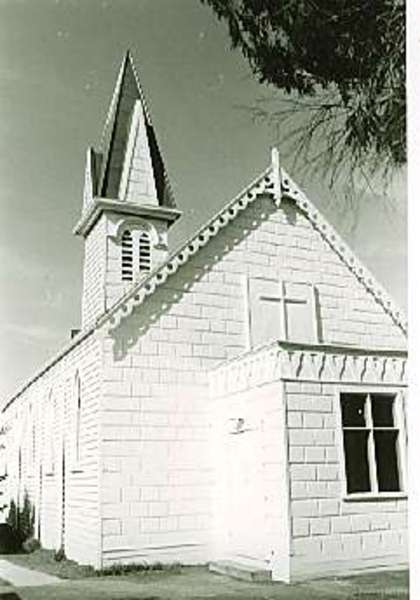 A timber Gothic church of American Carpenter Gothic Character, first built by the Primitive Methodist in South Melbourne in 1889, with decorative barge boards and spire. The building was moved to Glenhuntly in 1909, since when the west gable window has been blocked.
Classified 15/03/1977