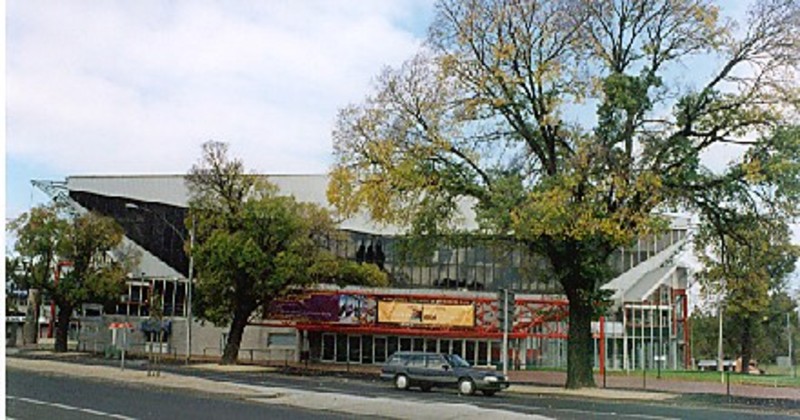 The Olympic Swimming Stadium, designed by Kevin Borland, John and Phyllis Murphy and Peter McIntyre, with engineer Bill Irwin, and completed in 1956, is of historical, social and architectural importance at the National level.
Historically and socially, the Olympic Pool has National significance as the major architectural monument built specifically for the Olympic Games held in Melbourne in 1956. The games brought Australia, and particularly Melbourne, international attention not seen for at least 60 years and they are credited with stimulating Melbourne's development from a conservative Anglophile outpost into a lively, multicultural metropolis. It was hailed as an architectural triumph at the time, widely enjoyed for its dramatic expression, and has been used and enjoyed by generations of Melburnians, both as a pool and as an entertainment venue.
Architecturally, aesthetically and technically, the Olympic Pool is considered one of the most prized contributions to modern architecture in Australia. The innovative and striking structure, involving steep sloping lattice-girder sides supporting a light trussed roof, held in tension by external cables, epitomises the bold structural / functional experiments that are seen as characteristic of Melbourne's radical post-war architectural scene. The dramatic structure was strongly expressed, with end elevations entirely of glass, and the sloping walls reaching towards the sky seemingly unsupported. The Olympic Pool impressed a generation of architects, and retains a high level of significance despite additions and alterations of 1980-82 by Borland Brown, which unfortunately removed the original function and greatly obscured the structural clarity and transparency of the design.
Classified: 06/03/1980
Revised: 06/08/2001
The ceramic 'Olympic Pylon' by Arthur Boyd, erected as part of the development, is separately classified.
File Note: Transformed into an Entertainment Centre - August, 1981
Show more
Show less
All information on this page is maintained by National Trust. Click below for their website and contact details.