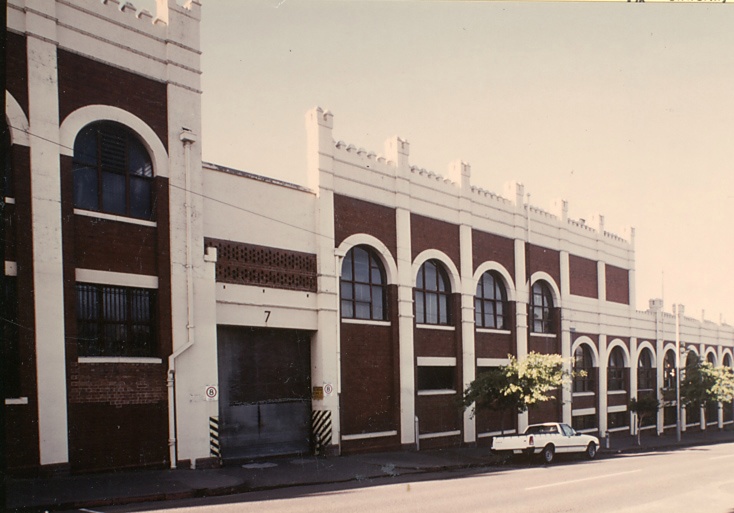 Founded in 1854 by T Aitken, a Scottish brewer, the Victoria Brewery was a leader in the technological and scientific development of Australian brewing from the 1880s to the time of the First World War. It is also notable for its associations with two brewers with world wide reputations, Auguste Joseph F de Bavey and Augustus Metzler.
Being Victoria's longest surviving and architecturally most significant brewery complex, it has become a prominent Melbourne landmark. Its red brick arched facades capped in a distinctive castellated style, first introduced by architect William Pitt and repeated in later extensions, create an architecturally unified complex.
Although the Victoria Brewery (which amalgamated with five other major Melbourne breweries in 1906 to form the Carlton and United Breweries), closed down in 1983, the complex still contains many distinctive elements from the most significant periods in its development. Most notable are the 1882 brewing tower in polychrome brickwork, probably designed by George Wharton, the castellated perimeter wall begun in 1895 and the Lager Beer Cellars, both designed by William Pitt (the cellars in consultation with Metzler), the 1907 chimney stack and the magnificent Brewing Hall with its mezzanine floor, splendid tiled detailing and balustrading on the fourth floor of the No 2 Brewing Tower designed by T Weaver, C U B company architect, in 1935.
Classified: 31/10/85
Revised: 03/08/1998